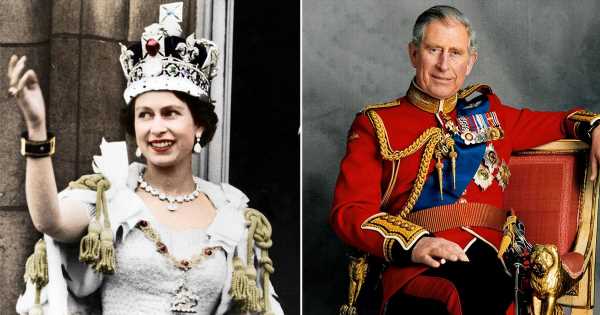 The Queen is set to stand down, possibly within a year – with Prince Charles becoming King, we can ­exclusively reveal.

Military and security chiefs have been ordered to plan for the coronation of Charles after being given a top-secret briefing.

A small team of senior officers are understood to have ­prepared a “working plan” for Charles to be crowned, which sources say is expected to take place in 2023.

The bombshell news comes as Her Majesty, who is 95, celebrates 70 years as monarch.

A senior military source ­revealed that “sensitive” planning for the coronation is well under way. He said: “We are shaping a military event that will need approval from the Palace nearer the time.

“Our role is the ceremonial presentation and to make sure we are ready for whatever date is ­decided.

“We have lots of contingencies in place – but this will be special.

“On current direction we have been told to make contingency plans for a coronation parade – that means we need to make sure the military can ­deliver what we plan.

“Delicate matters regarding the date for the coronation will be made by the Palace and the Queen’s office.”

The source added: “An event of this magnitude will ­require ­detailed military and ­security planning, with the lead on security being the responsibility of the Metropolitan Police, while we will shape the ceremonial events and liaise with the ­police in respect of planning around that.”

All members of the Royal Family will be involved in the ceremony, which will see hundreds of troops heading a huge parade. Prince William will become ­second in line to the throne, and his son Prince George third.

The last king to serve the UK was George VI. His death 70 years ago today led to Elizabeth ­becoming Queen aged 25. She was crowned on June 2, 1953 at Westminster Abbey, aged 27.

Later this year, a spectacular series of events will be held at Buckingham Palace and across the country to mark her Platinum Jubilee.

Her Majesty has recently cancelled several visits – including a speech at COP26 in Glasgow in the autumn – on doctors’ orders.

Her last overseas trip was to Malta with Prince Philip, in 2015.