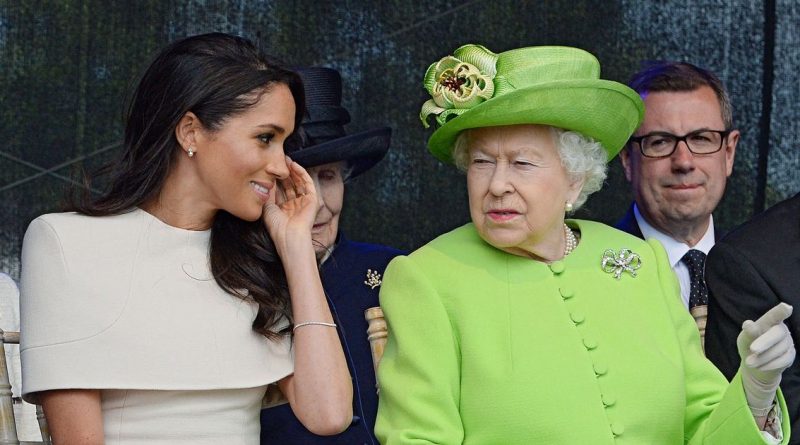 Prince Harry arrived in the UK over the weekend ahead of Prince Philip's funeral without his wife Meghan Markle.

Sources claim The Duchess of Sussex didn't fly over the Atlantic to 'not be the centre of attention' following the couple speaking to Oprah Winfrey in a bombshell interview.

Representatives for the couple however quashed concerns and announced that Meghan was advised by doctors not to fly due to her pregnancy, despite her wish to attend.

According to a source, both Meghan and Harry were in contact with the Queen and she was brought up to speed with why Meghan could not attend.

"It was always a given that Harry would return to England for his grandfather's passing," said the source.

"Meghan expressed condolences. The Queen understands why she can't travel at the moment."

Harry is currently isolating at his and Meghan's former home Frogmore Cottage in Windsor, ahead of this weekend's funeral service at St. George's Chapel at Windsor Castle, reports People.

Before Harry and Meghan left the UK Frogmore Cottage was their family home but it is currently occupied by his cousin Princess Eugenie and her husband Jack Brooksbank.

Prince Philip and Harry were said to be very close and the Duke of Sussex is reportedly feeling “guilty” he was not there in person to say goodbye to him.

In a moving tribute to his grandfather, Harry said the Duke of Edinburgh was “a man of service, honour and great humour."

In a statement issued through his foundation Archewell, he said: " He was authentically himself, with a seriously sharp wit, and could hold the attention of any room due to his charm-and also because you never knew what he might say next.

"He will be remembered as the longest reigning consort to the Monarch, a decorated serviceman, a Prince and a Duke.

"But to me, like many of you who have lost a loved one or grandparent over the pain of this past year, he was my grandpa: master of the barbecue, legend of banter, and cheeky right 'til the end.

"He has been a rock for Her Majesty The Queen with unparalleled devotion, by her side for 73 years of marriage, and while I could go on, I know that right now he would say to all of us, beer in hand, 'Oh do get on with it!'

"So, on that note, Grandpa, thank you for your service, your dedication to Granny, and for always being yourself.

"You will be sorely missed, but always remembered – by the nation and the world. Meghan, Archie, and I (as well as your future great-granddaughter) will always hold a special place for you in our hearts.