Home » World News » Queen would be ‘canny’ to abdicate and give throne to Charles now, expert says 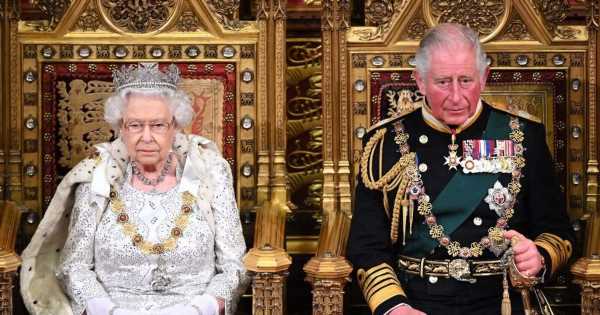 It’s time for the Queen to do the unthinkable and consider abdicating, according to one royal commentator.

Even though the idea of stepping down voluntarily from the monarchy has long been an “abhorrent” idea to Her Majesty, expert Daniela Elser says she should reconsider her options.

“It’s time we had a very difficult conversation; time that we addressed a situation that has passed from simply being unfortunate to being abjectly ridiculous,” the Australian commentator wrote in a new column for News.com.au.

“It is time for the Queen to retire. It is time to put down her daily red boxes of government papers, hand over the keys to Buckingham Palace and let someone else have the ostensible pleasure of having to spend 30 minutes a week making small talk with Boris Johnson.

The Queen has notched up a number of impressive records during her reign, Daniela writes, but the most important landmark was becoming the longest-serving monarch in British history, having hit 70 years on the throne earlier this year.

It was in 1947 that the then-Princess Elizabeth and heir to the throne delivered her 21st birthday radio address, in which she promised to dedicate her life to public service – and she has steadfastly stuck to that pledge ever since.

Three-quarters of a century later, she is as determined as ever to keep serving her country and the Commonwealth.

In her recent Commonwealth Day service address, she said: “In this year of my Platinum Jubilee, it has given me pleasure to renew the promise I made in 1947, that my life will always be devoted in service.”

But Daniela writes: “While her spirit might clearly be willing to keep pushing on with the whole Queen caper, her body is not.”

Recent pictures released by the Palace of the Queen at official functions highlighted her growing fragility.

There are also questions over whether she will be able to attend the upcoming memorial service for Prince Philip, which will be held at Westminster Abbey next week, even though steps have been taken to keep proceedings on the day to under an hour.

Daniela said that aside from the symbolism of a sovereign who is largely invisible and tucked away from view, stepping down for son Charles would be a “canny” play by the Queen.

“Making way for Charles to take the throne now is not only the practical play here but the canny one,” she said.

“A smooth, joy-filled coronation for King Charles III, one which starred his beaming mother casting a proud eye over proceedings, would be a world away from a coronation tainted by the sadness of her death."

It would mean Charles's reign would get off to a positive start rather than being overshadowed by the national mourning that is likely to affect a nation devastated by the recent death of their much-loved Queen.

“For seven decades, the Queen has undertaken a job she never wanted with verve, determination and a single-minded devotion," said Daniela.

“However the fact is, in 2022, and it pains me to write this, the best way for her to serve the crown now is to step down. Who knows? The doctors might even let her have a martini then.”