It’s orf! Queen’s family Christmas at Sandringham is set to be axed for the first time in 33 years as monarch self-isolates with Prince Philip at Windsor

The Queen’s family Christmas at Sandringham could be off for the first time in 33 years.

Her Majesty is currently isolating at Windsor Castle with Prince Philip after leaving Norfolk for the month-long lockdown.

And one Sandringham insider has said: ‘We have been told not to expect them back for Christmas.’

It comes after a revolt among workers at the estate after they refused to quarantine away from their own families.

It led to the Queen, 94, and  the Duke of Edinburgh, 99, spending two weeks together at Sandringham’s Wood Farm cottage last month rather than in the main house. 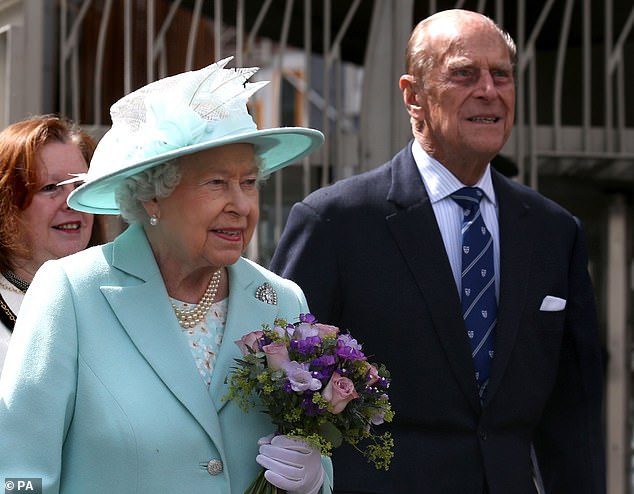 The Queen and Prince Philip have reunited for England’s new lockdown, forming a renewed ‘HMS Bubble’ at Windsor Castle 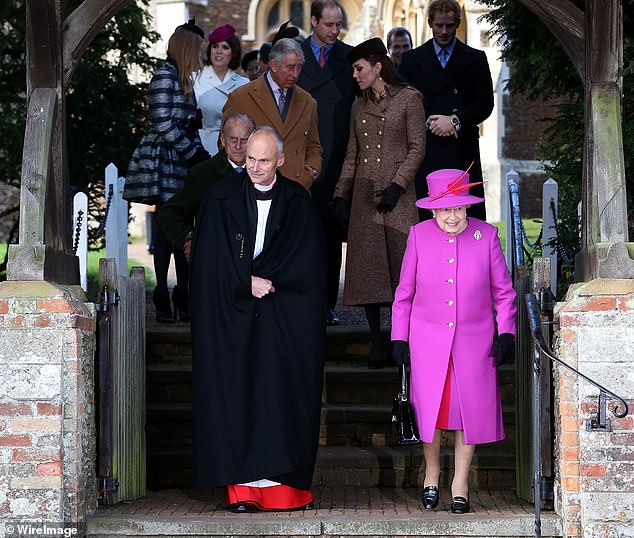 A team of about 20 employees had been asked to remain on the monarch’s Norfolk estate without their families to support her, Prince Philip and other members of the Royal Family during the festive period

It is reportedly hoped that Prince Philip and the Queen both isolating at Windsor will help quell tension, after Sandringham estate workers revolted against a plan for them to stay in a coronavirus bubble there over Christmas.

A team of about 20 employees had been asked to remain on the monarch’s Norfolk estate without their families to support her, Prince Philip and other members of the Royal Family during the festive period.

But the group – said to involve cleaners, laundry and maintenance workers – are believed to have mutinied because they are unwilling to isolate from loved ones for four weeks.

A Buckingham Palace spokesman insisted: ‘No final decision has been taken on Christmas.’

Another insider said: ‘Nothing has been resolved as staff are still refusing to quarantine from their families.

‘So it’s looking almost certain they can’t have Christmas inside the big house at Sandringham.

‘It is possible, of course, to arrange a smaller one for Philip and the Queen at Wood Farm cottage.

‘But moving the Queen and Duke to Windsor, where they know the bubble works, makes it simpler to start planning to stay there for Christmas.’

The uprising means the Queen could be forced to spend Christmas at Windsor Castle for the first time in 33 years.

A royal source told The Sun: ‘The Queen is furious. The staff said enough is enough. It is absolutely unprecedented.

‘Everybody wants to stay loyal but they feel they’ve been pushed too far by being made to isolate from their families for Christmas.

‘Discussions are taking place with the team on operational matters but it is too early to speculate on implications for Christmas.’

The Queen typically spends her winter break at Sandringham, travelling up after the Christmas party for extended family members at Buckingham Palace in December. 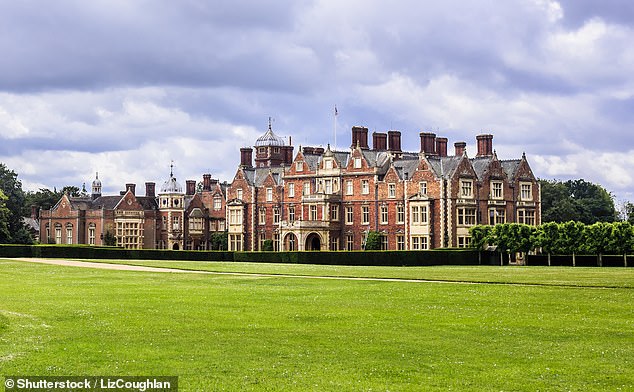 But the group – said to involve cleaners, laundry and maintenance workers – are believed to have mutinied because they are unwilling to isolate from loved ones for four weeks

Until Covid struck, the modest farmhouse on the Norfolk estate had become Prince Philip’s main home following his retirement from formal royal duties in 2017.

However, he left in March to join the Queen at Windsor, where they spent four months with a specially screened household dubbed ‘HMS Bubble’.

The couple have spent more time together in the past seven months than they have since their early married life in Malta, where they lived simply in a villa from 1949 to 1951 – the only period when the Queen said she lived ‘normally’.

The Queen and the Duke had a summer holiday at Balmoral in August, but spent less than half their normal 10 weeks in Scotland due to coronavirus restrictions there that limit visits from family and friends.

The Duke then wanted to return to Wood Farm and, in an unusual move, the Queen decided to join him before returning to Windsor last month.

Wood Farm has long been a favourite of the couple. The five-bedroom farmhouse brings back fond memories from their younger days, as the Queen cooks and the Duke does the washing-up.

The small number of staff there do not wear Royal livery, and it is still the one home where the Queen feels she can escape the pressures of monarchy.

When she returned to Windsor alone at the start of October, the plan was for her to commute between Norfolk, Windsor and Buckingham Palace where she could have official engagements.

Seemingly, however, that has proved unworkable, and her only Royal visit has been a trip to the Porton Down military research laboratory near Salisbury.