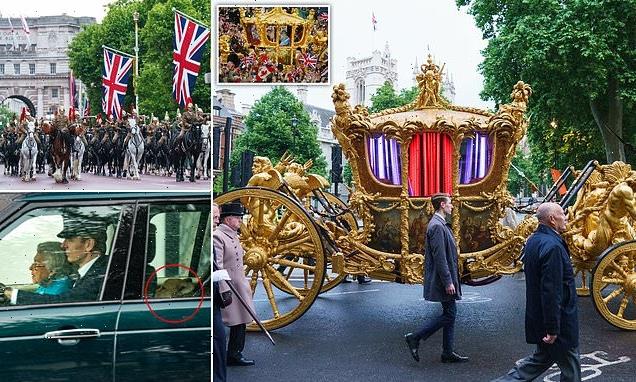 Golden coach returns for Mall pageant: Queen’s famous carriage is seen on streets of London for first time in 20 years at Jubilee rehearsal

The spectacular Gold State Coach was seen on the streets of London for the first time in 20 years yesterday.

Despite thunder, hail and lightening, the priceless royal vehicle was seen in The Mall, pulled by eight Windsor Greys. Built in 1762, it is the third-oldest coach in the UK and will leave the Royal Mews for the first time since the Golden Jubilee. The Armed Forces also took to the streets from 4.30am to rehearse for Sunday’s £15million Jubilee pageant.

Made of giltwood – gold leaf over wood – the coach’s four-ton heft means it is only used at walking pace – and is said to be the Queen’s most uncomfortable carriage. Its designs show Britannia on the banks of the Thames, with St Paul’s Cathedral just visible.

On Sunday, archive footage of the 27-year-old monarch waving on her Coronation Day – June 2, 1953 – will be beamed on to the windows of the carriage to make it seem as if she is riding inside. 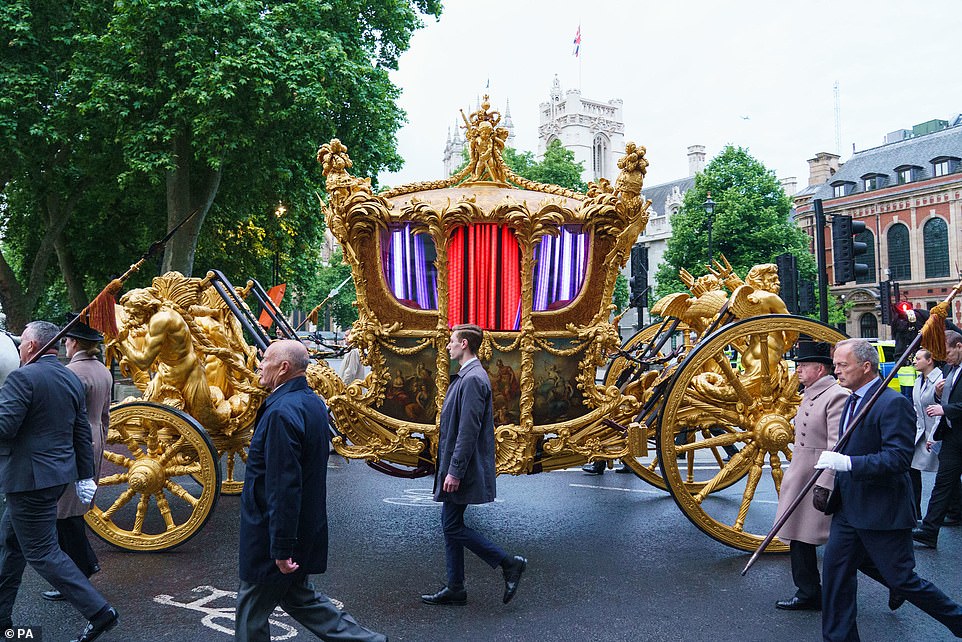 The gold state coach was used in an early morning rehearsal today ahead of Sunday’s Platinum Jubilee Pageant, which will mark the finale of the Jubilee weekend 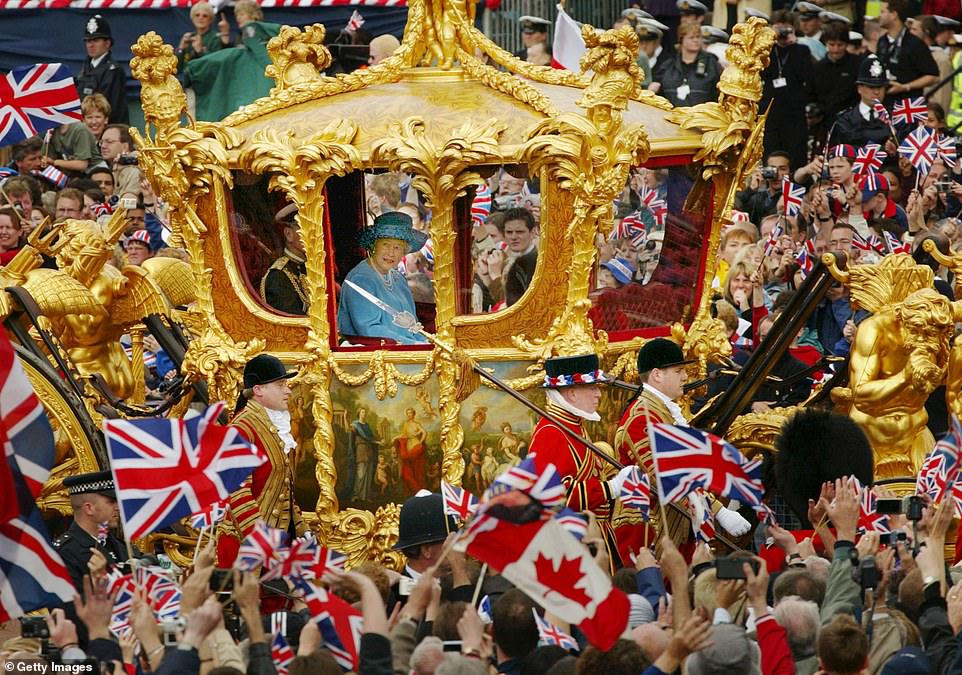 The carriage was last seen in public in 2002, when Her Majesty and Prince Philip rode in it as part of a parade to celebrate her Golden Jubilee 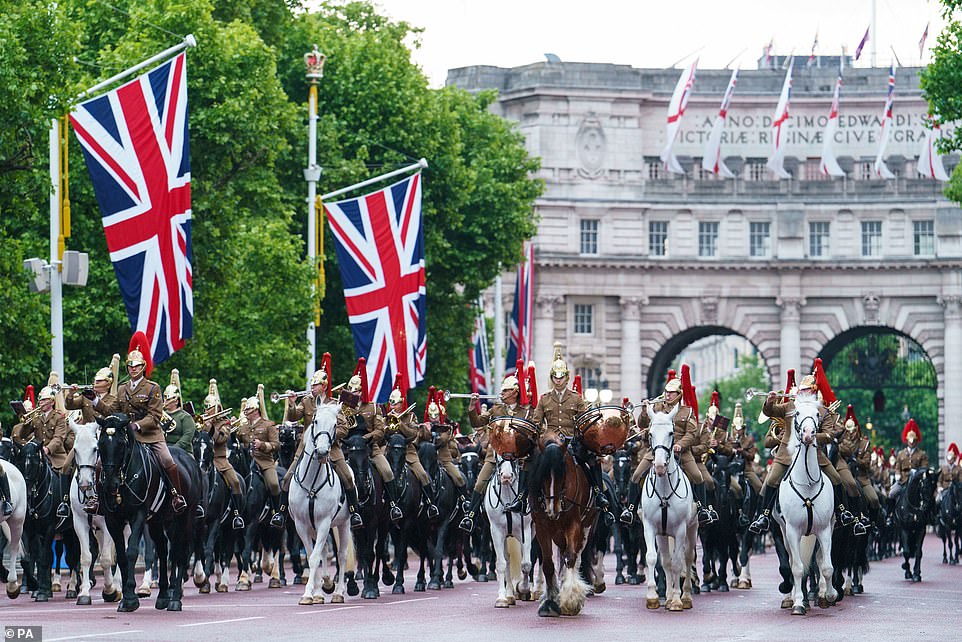 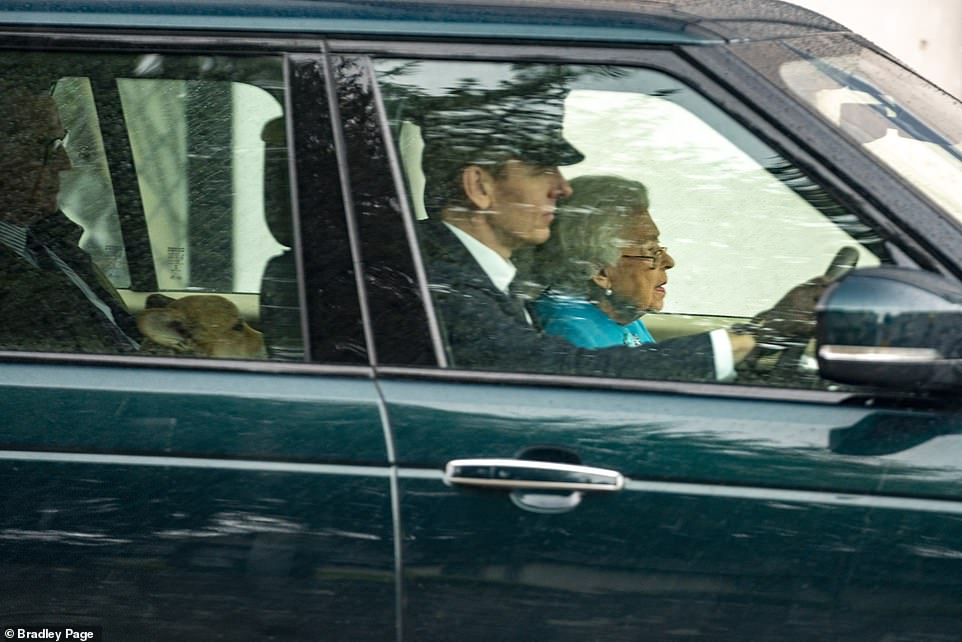 The elaborate vehicle features a massive triton figure in gilded walnut wood to represent the spreading of the news of good government above each wheel.

The main body is carved to represent palm trees framing the doors and windows.

It features paintings of Roman gods and goddesses representing human skill and endeavour including the arts, sciences, virtue and security.

On the roof is a giltwood carving of the British imperial crown being held by three putti, or cherubs, representing England, Scotland and Ireland.

The pageant will not only include the military, however.

Ice cream vans, JCBs, Del-Boy’s Only Fools And Horses three-wheeled Reliant Regal Supervan III, 15 Sinclair C5s, and seven open-top double-decker buses decorated in images of the decade they represent will also head down The Mall and past the palace.

Set to be watched by up to a billion people across the globe, more than 10,000 people have been involved in staging the £15million event which will process through the streets in four acts, as the finale of the weekend. 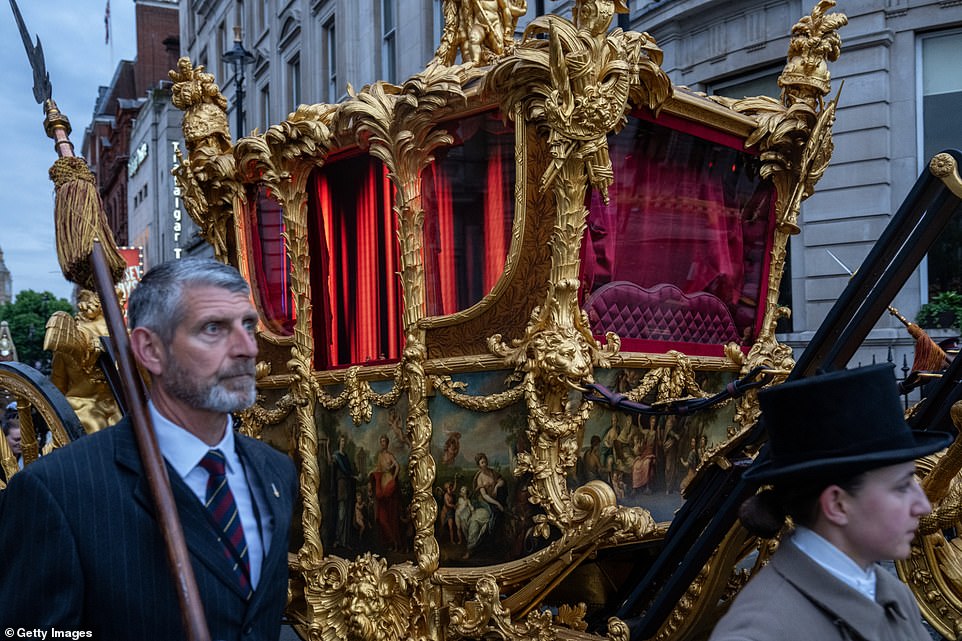 During the rehearsal the carriage featured digitally displayed curtains as it passed down the Mall to Buckingham Palace. On Sunday it will display archive 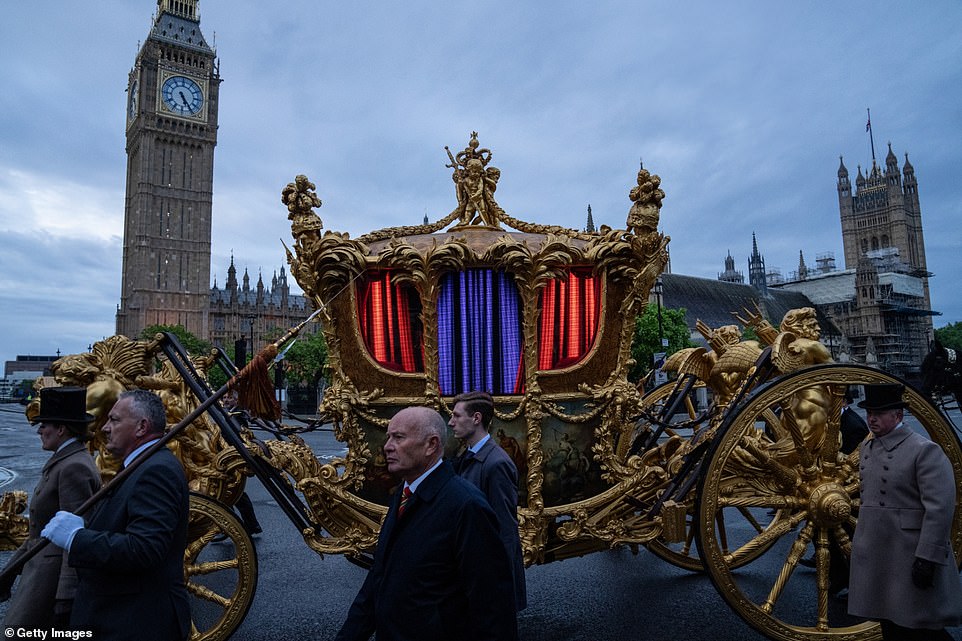 The carriage, which is so heavy it can only be moved at walking pace, was taken past the Palace of Westminster during today’s rehearsal

Close to 200 national treasures will take to the stage to serenade the Queen by singing the national anthem at the grand finale of the Platinum Jubilee festivities.

Stars including Sir David Jason, Harry Redknapp, Sir Cliff Richard, Sandie Shaw, Felicity Kendal, Joe Wicks and Holly Willoughby will join Ed Sheeran in a mass rendition of God Save The Queen outside Buckingham Palace at the end of the pageant on Sunday.

The monarch is expected to appear on the balcony – the second of her planned appearances on the famous frontage over the weekend – to bring the national commemorations to a close.

Such is the growing air of excitement, royal ‘superfans’ have already begun camping out to get a prime spot on The Mall. 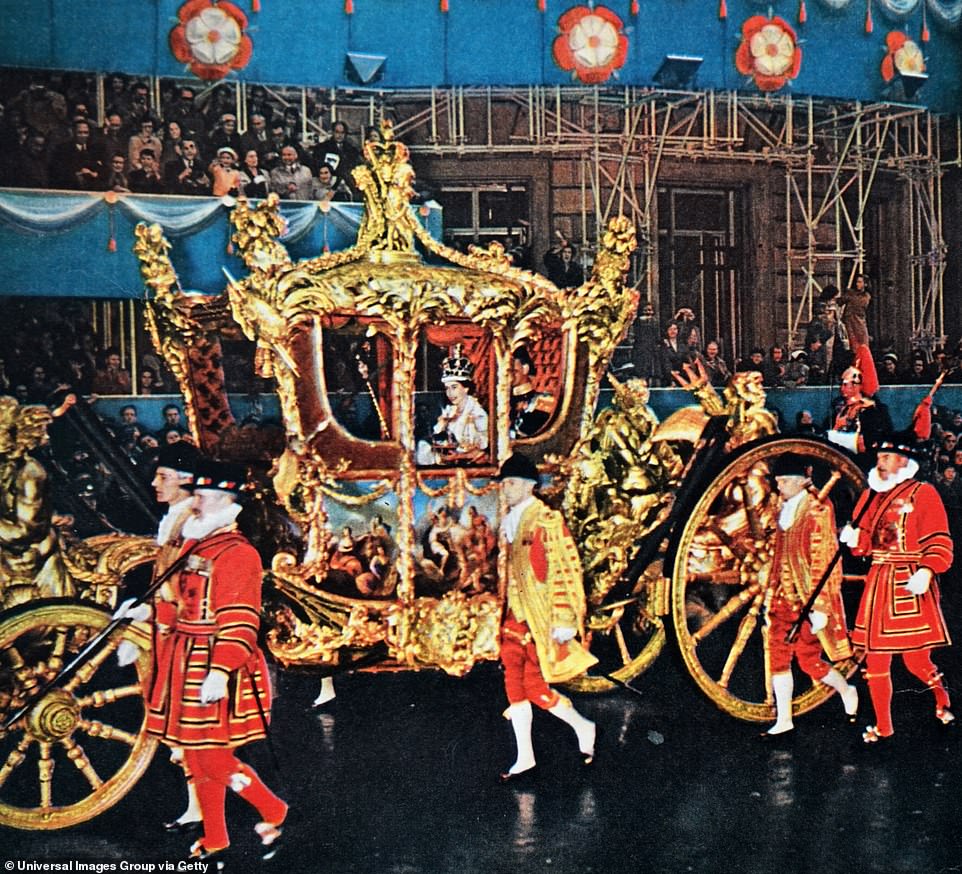 The was also used for the Queen’s coronation in 1953, pictured, and was actually built more than 250 years ago in 1760 in the London workshops of Samuel Butler

John Loughrey and Maria Scott, who are often seen at the front of crowds at major royal events, waved for the cameras from their tents.

Mr Loughrey, 67, who lives in South London, said he first fell in love with the monarchy as a child in the 1960s, and has met the Queen twice, once at Windsor Castle when he gave her a rose for each member of her family. He added: ‘She goes out of her way to meet people. I said to Her Majesty, ‘we are very proud of you and you are always in our hearts’. She has seen so much history. She has had a long life, always been there for the Commonwealth and done her duty.’

Ms Scott, 51, from Newcastle-upon-Tyne, who said turned up at 1.30am, added: ‘The police know us because we always come out at royal events. They have no problems with us doing it.

‘When the rain goes away we normally have lots of people coming by to chat to us. They think it’s wonderful how patriotic we are and it’s wonderful meeting people from so many different countries. I think the Queen is amazing. She has been very strong over the years and through her life. She is the backbone of the country.’