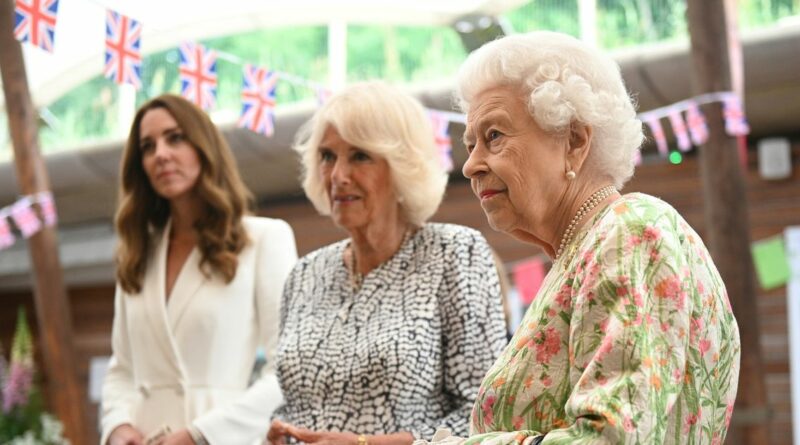 The Queen was asked by Camilla if she wanted a shawl in a touching moment at the G7 summit, a lip reader has claimed.

They appeared to share the sweet interaction at a dinner reception at the Eden Project in Cornwall on Friday (June 11).

The monarch, 95, arrived into St Austell train station ahead of the reception, CornwallLive reports.

She was joined at the reception for leaders of the world’s richest nations by Prince Charles, Camilla, Prince William and Kate.

On making their way into the venue, Camilla and the Queen exchanged words.

Their conversation was reportedly over the sovereign’s shawl which Camilla was carrying as she appeared to ask Her Majesty if she would like to wear it.

According to the lip reader, Camilla appeared to say: "Here is your shawl."

The Queen replied: "You have it." Camilla responded: "Are you sure?"

Her husband Charles then intervened, supposedly saying: "She doesn’t want it."

During the engagement, the Queen also insisted on borrowing a ceremonial sword to cut a cake.

It prompted laughter from Kate and Camilla.

The monarch had been handed the sword by Edward Bolitho, the Lord-Lieutenant of Cornwall, for the task of cutting a large cake marking the Big Lunch at the Eden Project.

With the nerves of the world's leaders running high throughout the reception, the Queen also managed to make them by relax by making them laugh.

She asked them: “Are you supposed to be looking as if you’re enjoying yourself?”

The summit also saw US President Joe Biden appear to break royal protocol during his first meeting with Her Majesty.

Royal protocol usually dictates that members of the Royal Family should be the last to arrive at an event and the first to leave.

It means all guests are in place before the Queen arrives.

But the American leader arrived with First Lady Jill Biden a few minutes after the Queen got there.

However, the Queen was all smiles as she spoke to the President and his wife.

It marked the first time she has met a foreign leader since the outbreak of the coronavirus pandemic last year.