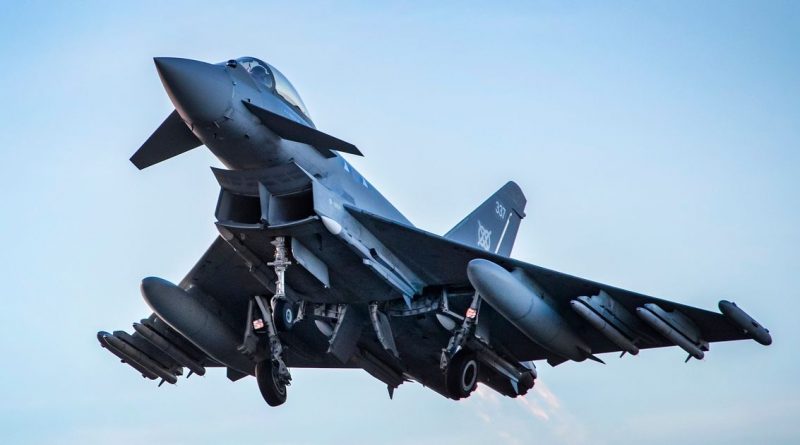 Royal Air Force Typhoon jets have been scrambled to reports of a "Russian bomber" flying over the North Sea.

The Ministry of Defence confirmed a Quick Reaction Alert from RAF Lossiemouth in Scotland is "airborne", The Sun reports.

Mil Radar on Twitter claims a Russian aircraft was spotted over the North Sea but not for long before it was "shadowed by RAF QRA Typhoons".

The RAF's Quick Reaction Alert programme allows it to intercept aircraft within minutes and will often be the cause of a sonic boom in surrounding areas below.

Its purpose according to the RAF website is "to protect the skies of the United Kingdom".

An Air Operations (Systems) Officer is quoted on the site saying: "We're using ground-based military and civilian radars to monitor, detect and identify all aircraft in and around UK airspace, 24/7, 365 days a year.

"We call this the Recognised Air Picture (RAP)."

Flight Lieutenant Andy gives an insight as to what it is like to work in anticipation of a sudden scramble at any given moment.

He told the RAF website: "We have pilots and engineers on constant alert, for every minute of every day, ready to swiftly launch armed aircraft to defend the UK's interests."

This is not the first time the RAF has had to respond to Russian aircraft flying over UK waters.

Jets were scrambled in Scotland to intercept three times over the same week in March 2020.