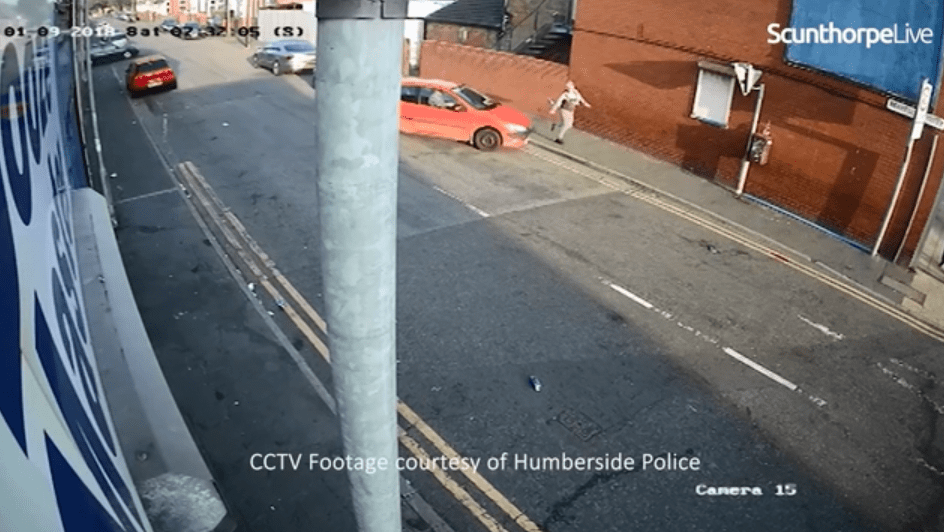 Passers-by can be seen chasing after the dad-of-two's red Peugeot as he sped off before rushing to the victim's aid.

She was taken to Scunthorpe General Hospital and later needed operations and skin grafts for severe leg injuries.

Starzyk was arrested at his then home in Detuyll Street, Scunthorpe, and the car had been parked in another area and its number plates ripped off.

The plasterer later claimed that Miss Nicholson slapped and pushed him, knocked his glasses off, pulled his coat over his head.

Starzyk also claimed that she had stolen something from him and he wanted to get it back.

He later said he only wanted to scare her and admitted driving into the pavement but claimed he did not hear her scream and that he did not feel there was any contact between her and the car.

In a fit of pique, utter anger, he got into that car and pursued her with one aim in mind

Prosecutors said Starzyk had used his Peugeot car "as a weapon".

Jeremy Evans, prosecuting, said Starzyk and Miss Nicholson were both in the area of Scunthorpe to buy drugs.

Mr Evans said: "His intention was to use the motor vehicle he was driving as a weapon, intending to cause really serious injury to her.

"In a fit of pique, utter anger, he got into that car and pursued her with one aim in mind.

Miss Nicholson told the court that she and a friend were at the scene to buy crack cocaine and, when there was not any immediately available, sat waiting in an alleyway.

Starzyk was there to buy cocaine but they did not know each other.

The victim claimed that Starzyk "freaked her out" and that he picked up a brick. She denied stealing from him, knocking his glasses off or throwing bricks at his bonnet.

"He wanted to get his property back. He was trying to cut her off. He didn't, he says, deliberately run her over."

Starzyk told the court: "I had no idea that I had hit her."

He claimed: "I never meant to hit her. I am disgusted with myself for what I have done."

Judge Mark Bury told Starzyk: "You knew exactly what you were doing. You intended to knock her over and intended to cause her really serious bodily harm.

"There are now very angry scars. She is in pain every day. This was truly horrible behaviour by you."

Starzyk denied wounding Miss Nicholson with intent to cause grievous bodily harm on September 1 but was convicted by a jury at Grimsby Crown Court.

He admitted causing serious injury by dangerous driving and was jailed for 12-years.

Starzyk had convictions for 32 previous offences, including being jailed for two years and three months in 1995 for causing grievous bodily harm and for assault.

Starzyk will be banned from driving for three years after his release from prison. 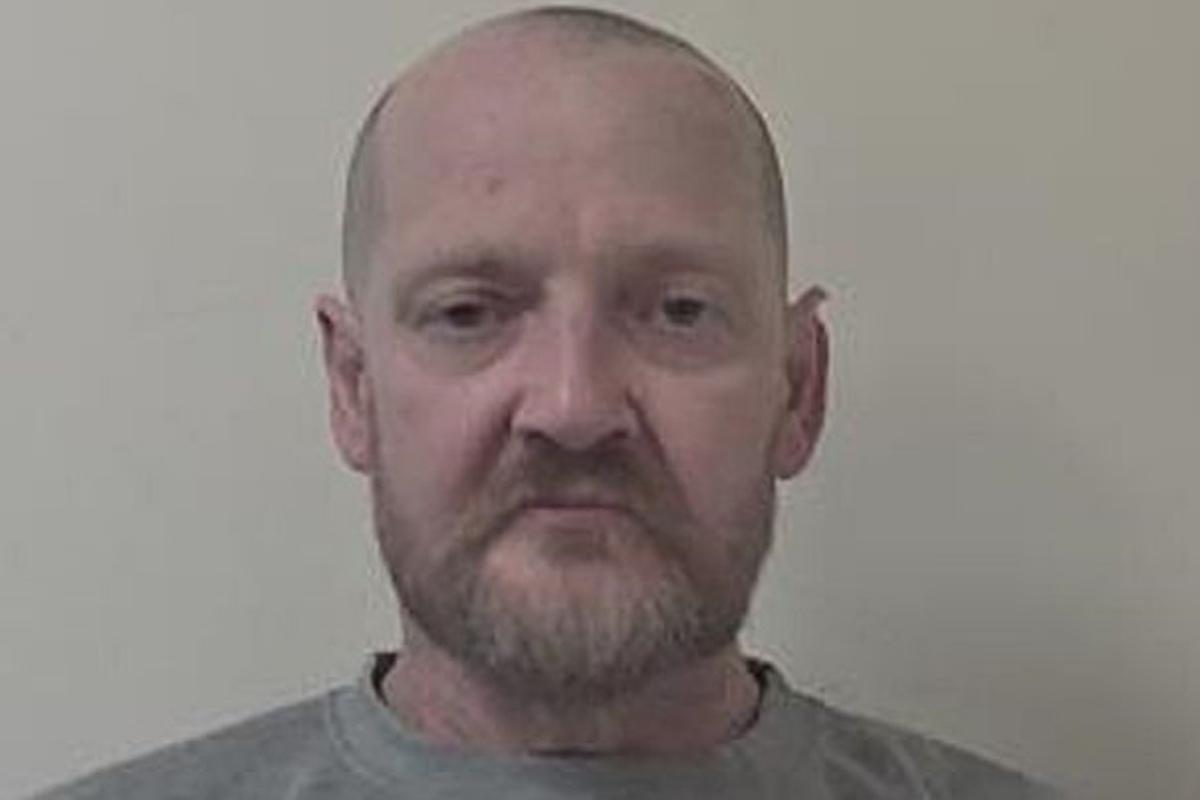 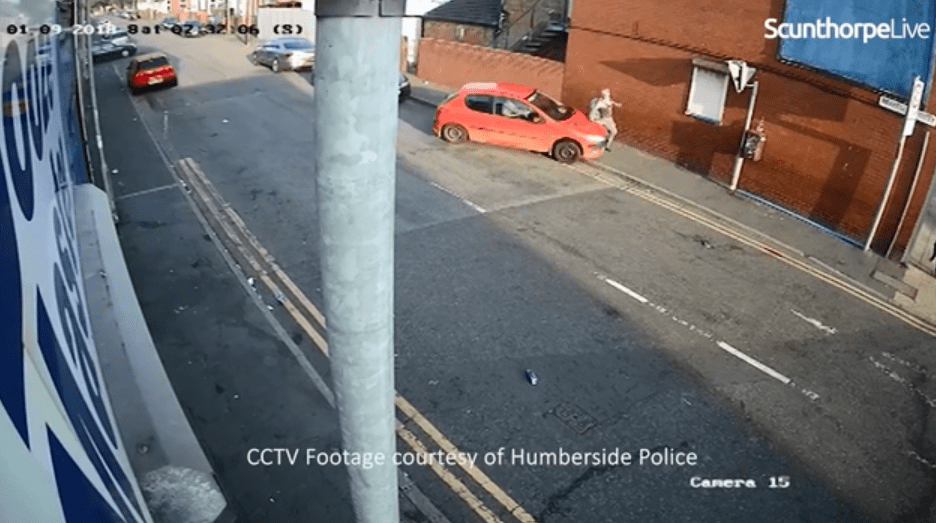 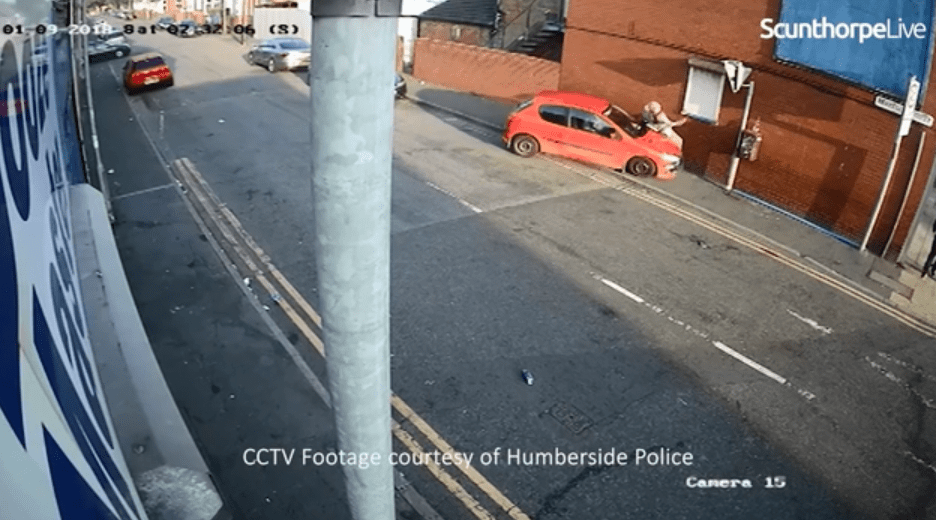 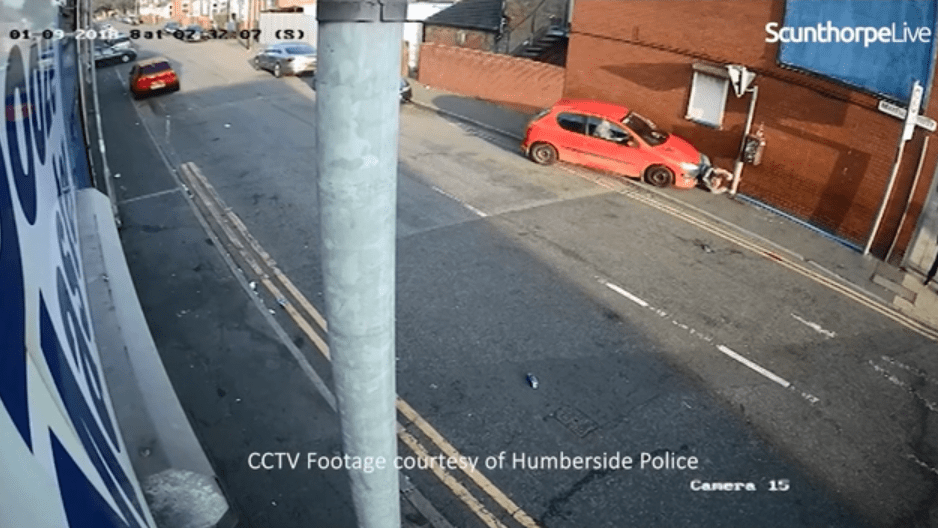 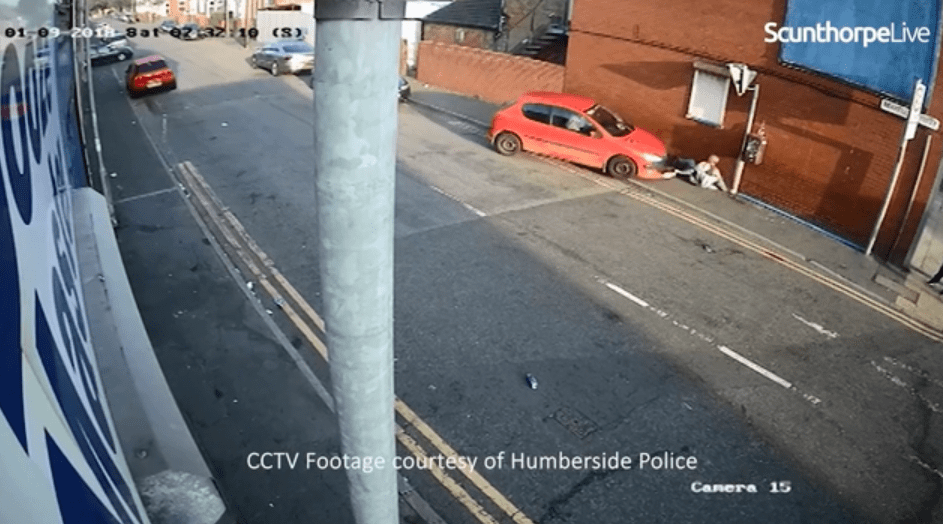