Thieves brazenly snatched a stag statue from the garden of a £3million home – despite their target weighing 30st.

They carried the life-size 7ft bronze model 70 yards before CCTV showed it being driven off in a convertible car.

To carry out the heist, raiders cut a hole through the perimeter fence, chopped down a tree and used cutting equipment to enable them to remove the £20,000 stag from its concrete plinth. 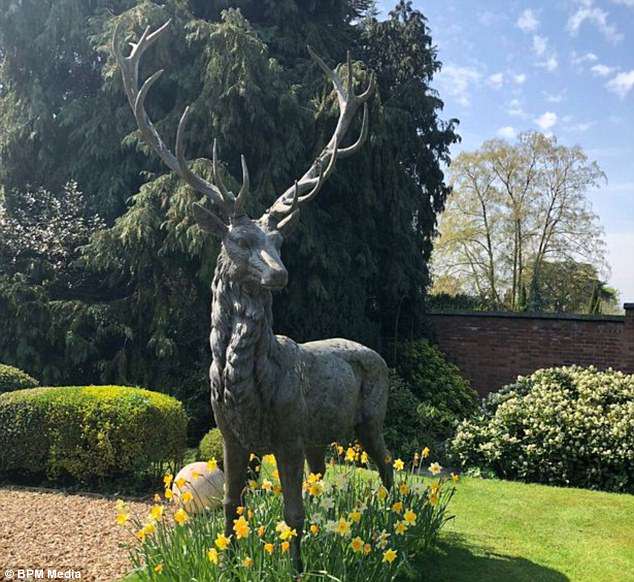 The statue was taken from the garden in Horninghold Hall, near Hallaton, Leicestershire, at 2.45am on Friday.

House owner Jayne Webb said the stag had ‘great sentimental value’ as it had been a wedding anniversary present for her husband Peter. She added: ‘It is probably worth about £20,000 but to me it almost priceless in a way. I can’t believe anyone could have done what they did to steal this. I think there must have been four of them to carry the stag.

‘I can’t believe they had the cheek to take it away with it sticking out all over the place in a convertible.’

Leicestershire Police confirmed they were investigating the theft.