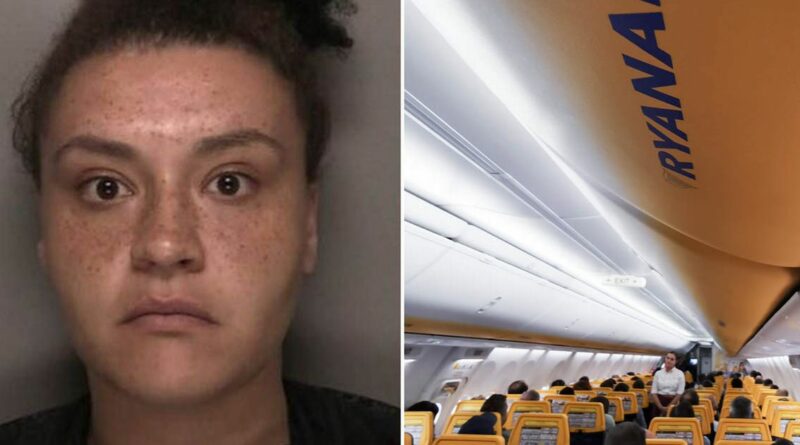 A woman who miraculously avoided jail for her crazed Ryanair rampage that saw her drunkenly scream at cabin crew and force a pregnant woman to move before she urinated in a police van on the runway is now behind bars for other crimes.

Keisha Harty walked free from court in 2017 after the odd frenzy while she flew between Cork and Liverpool John Lennon Airport – but she has now been jailed after she stabbed a homeless woman with a broken wine glass and fled to Ireland.

The 26-year-old was let off with a four-month imprisonment suspended for 12 months after she pled guilty to being drunk on an aircraft following her wreaking havoc on the plane, reports the Liverpool ECHO.

She was told at the time she had avoided immediate jail time only because the incident began after the aircraft had touched down.

Harty was described as being "unsteady on her feet, screaming and shouting and falling on other passengers near her" while a "pregnant passenger had to move to prevent a collision".

After cops boarded the flight she then began "violently ripping out her hair extensions".

Under interview, the rowdy passenger said she had been drinking the night before the flight and had drunk from a bottle of vodka bought in duty free while in the air, prompting Judge Neil Flewitt KC to tell her: "You have had a near miss today – stay off the vodka."

But she has been jailed for five-and-a-half years after angrily flipping over a table before launching herself at her victim during a boozy New Year's Eve party.

She then went on the run for nearly a year before finally being brought to justice when she was caught shoplifting.

Liverpool Crown Court heard last week that "suddenly and without warning", Harty had flipped the dining table and began attacking her by grabbing her hair before she “lunged forward” with a wine glass.

Neil Bisarya, prosecuting, said her victim had been left "traumatised" and "can't walk down the street without the fear of being attacked”.

Whilst Tom Challinor, defending, claimed: "The offence is completely out of character. What seems to have gone wrong for Ms Harty is that she became involved in two relationships, one after the other, which were particularly difficult."

Harty must serve two thirds of her sentence before being eligible for release on licence, while Judge Gary Woodhall also imposed an indefinite restraining order.