Los Angeles: One-time record producer and rap mogul Marion “Suge” Knight has been sentenced to nearly three decades in prison for killing a man during a 2015 hit-and-run.

Four days before the scheduled start of his trial last month, the Death Row Records co-founder struck a deal with prosecutors, pleading no contest to running over and killing 55-year-old businessman Terry Carter and capping a dramatic, protracted legal saga. 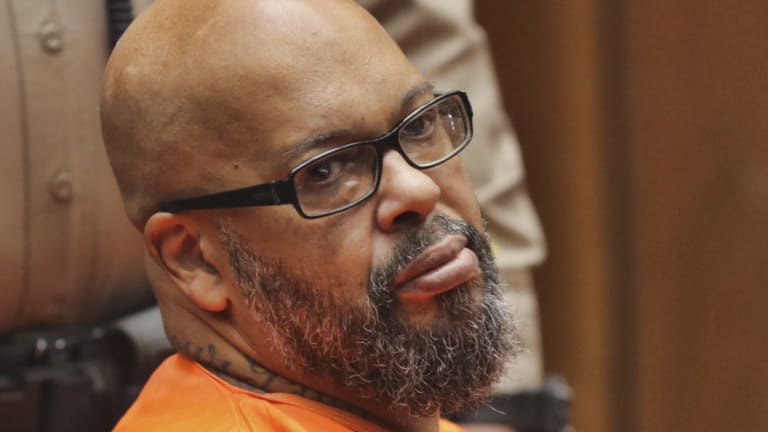 Before sentencing Knight to 28 years on Thursday, US time, Judge Ronald S. Coen addressed the victim's family: “If it hasn't been said to you by anyone else, let me tell you that my heart goes out you.”

The hit-and-run, which authorities say followed a dispute on the set of a commercial for the film Straight Outta Compton, was captured by a surveillance camera at a burger stall on Januray 29, 2015.

The video shows Knight backing his pickup truck over one man, Cle “Bone” Sloan, who survived, pulling forward and driving over Sloan again, and then fatally striking Carter before driving off. 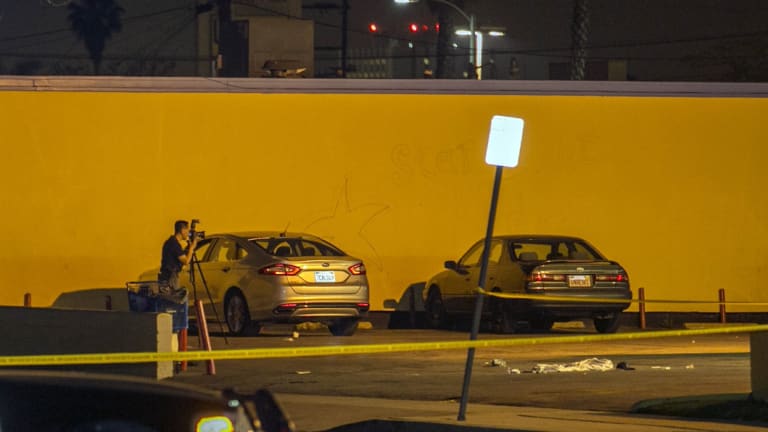 The scene of the fatal incident in Los Angeles in January 2015.

Kinight, who was out on bail in connection with a 2014 robbery case at the time, turned himself in to authorities the next day. He originally pleaded not guilty, saying he had acted in self-defence.

Knight, 53, and his lawyers have described Carter – a Compton native who over the years built custom lowriders and produced music – as Knight's longtime friend. But Carter's wife, Lillian, disputed the characterisation, saying the two men knew each other through business circles but hadn't been close in years.

If convicted of murder at trial, Knight faced up to life in prison. As part of his agreement with prosecutors to enter a no-contest plea to voluntary manslaughter, he was to serve up to 28 years behind bars.

As part of the deal, prosecutors planned to dismiss Knight's two other pending criminal matters – the 2014 robbery case and an indictment accusing him of criminally threatening the director of Straight Outta Compton.

In the threats case, authorities said Knight was frustrated that he was not paid for the use of his likeness in the film, which chronicles the rise of the rap group N.W.A.

According to court records, Knight sent a threatening text message to director F. Gary Gray, that read: “I will see u in person … u have kids just like me so let's play hardball.”