EX-kickboxing champ Andrew Tate has hit back at eco-warrior Greta Thunberg after the teenager mocked him for having "small d**k energy".

The misogynist influencer unleashed a bizarre rant in response to the 19-year-old Swede's jibe about his car collection. 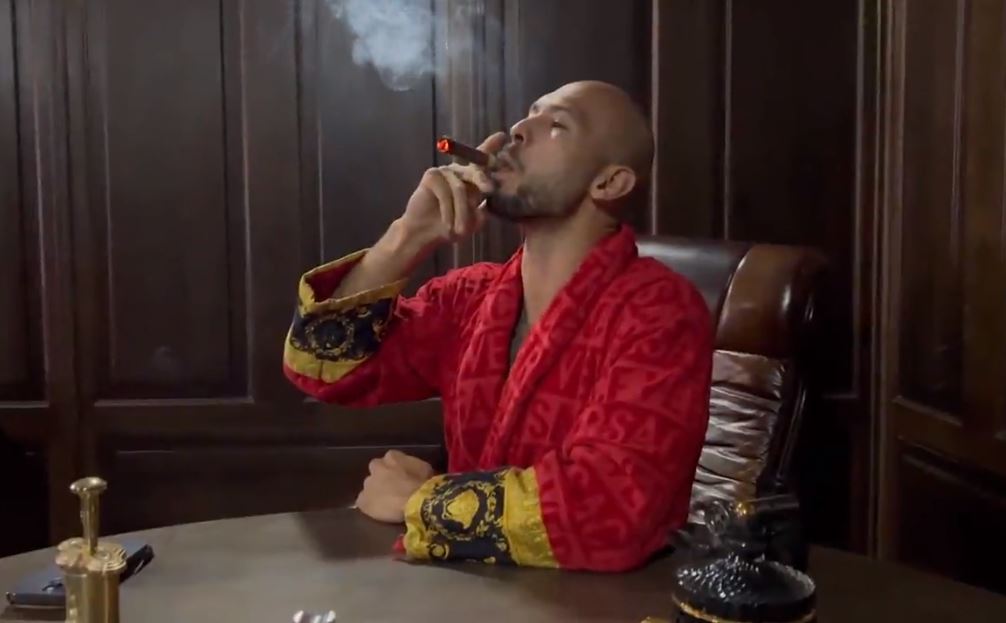 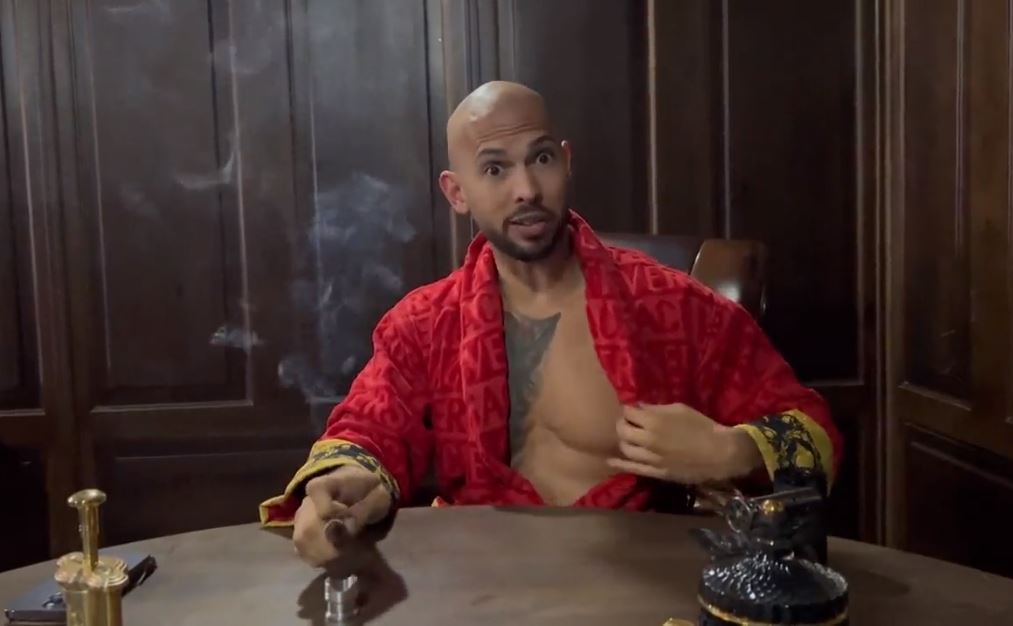 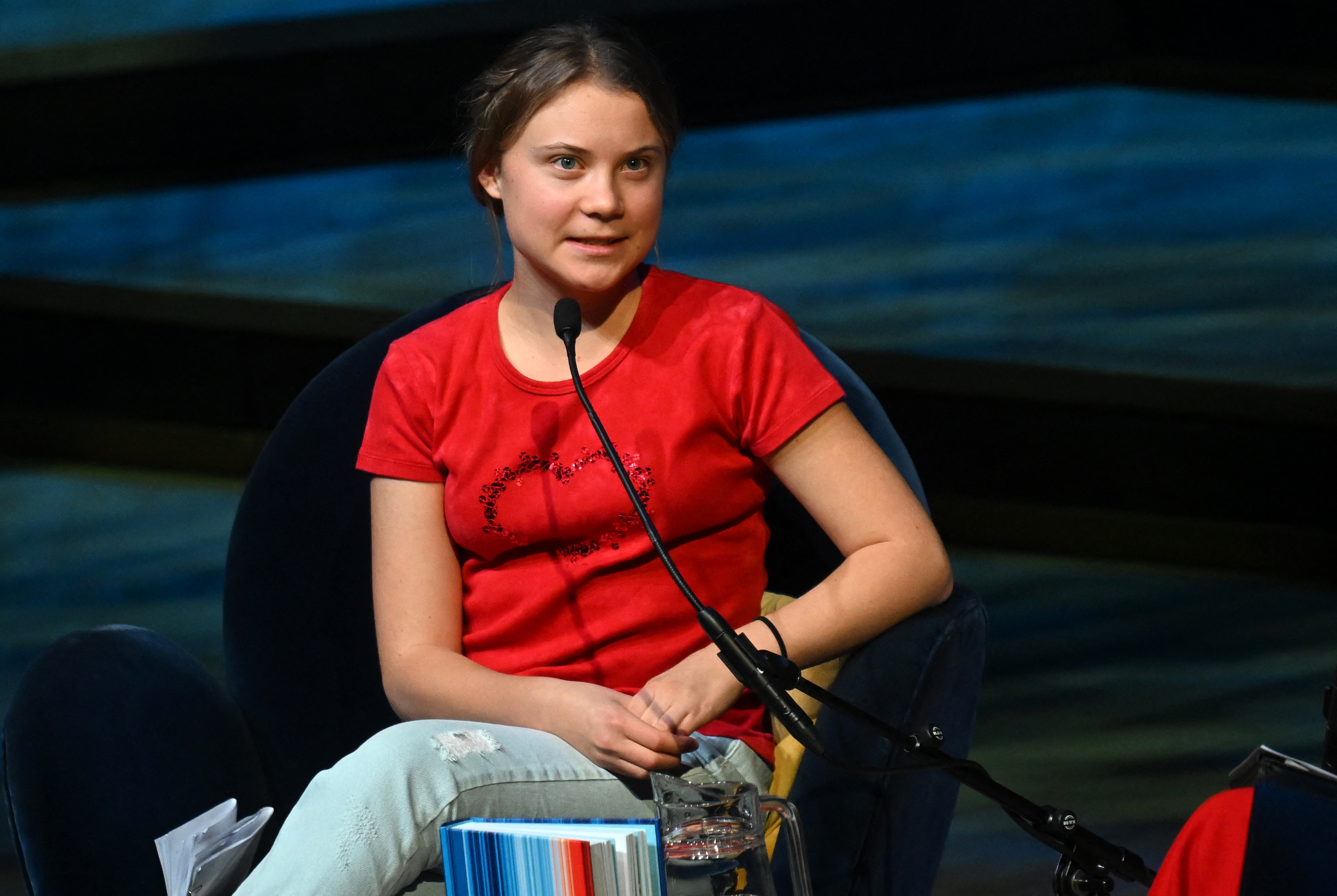 Wearing just a red and gold robe and smoking a cigar, the controversial British-American media personality ranted to the camera for his 3.4 million Twitter followers.

It is the latest in the childish war of words between Tate, 36, and the teenage environment activist Greta, sparked by a tweet from the former professional kickboxer.

On Thursday, Tate, unprompted, tweeted at Greta bragging about his collection of expensive cars.

Accompanying a picture of him filling up his Bugatti, he wrote: "Hello Greta Thunberg. I have 33 cars. My Bugatti has a w16 8.0L quad turbo. 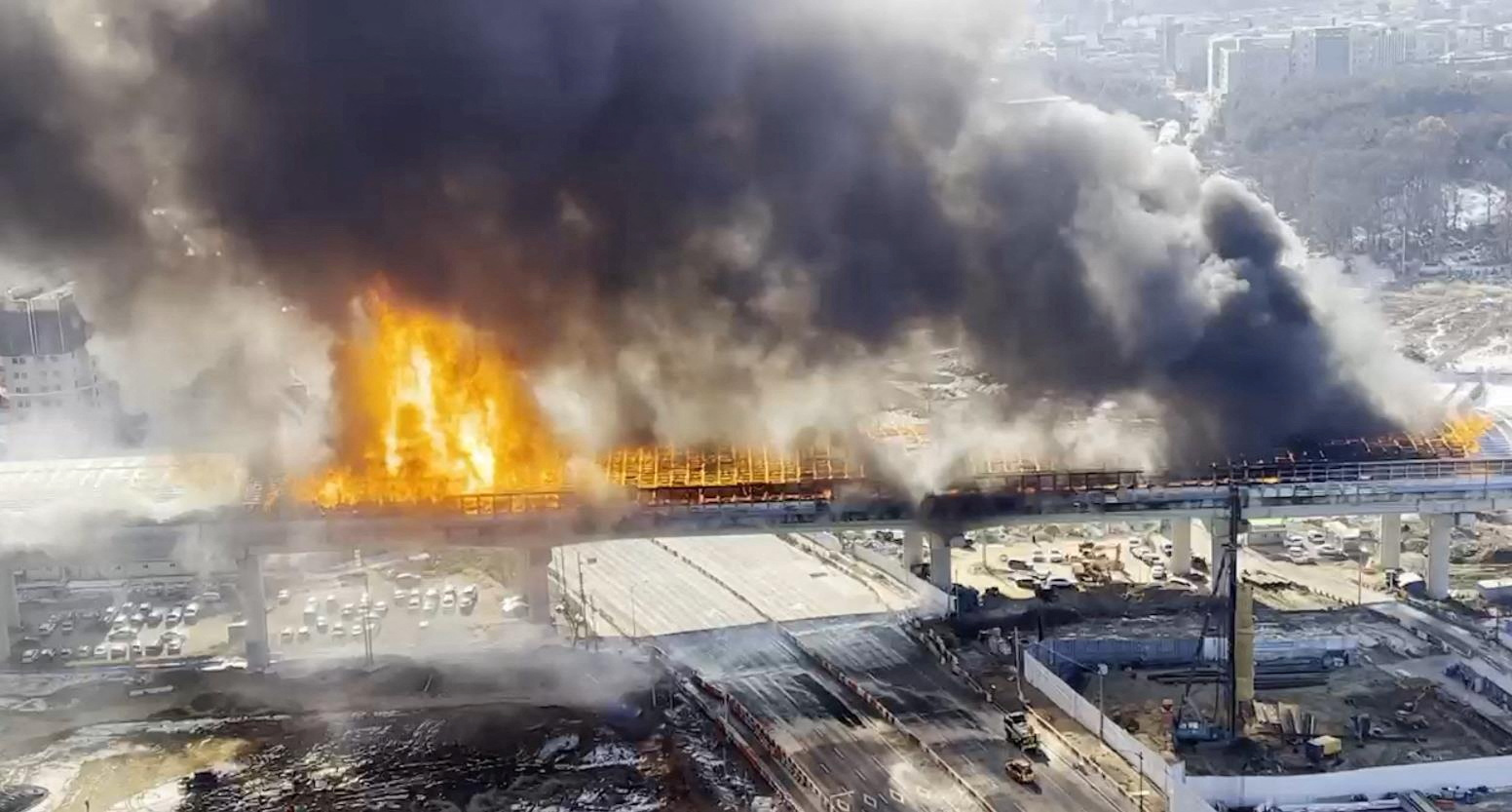 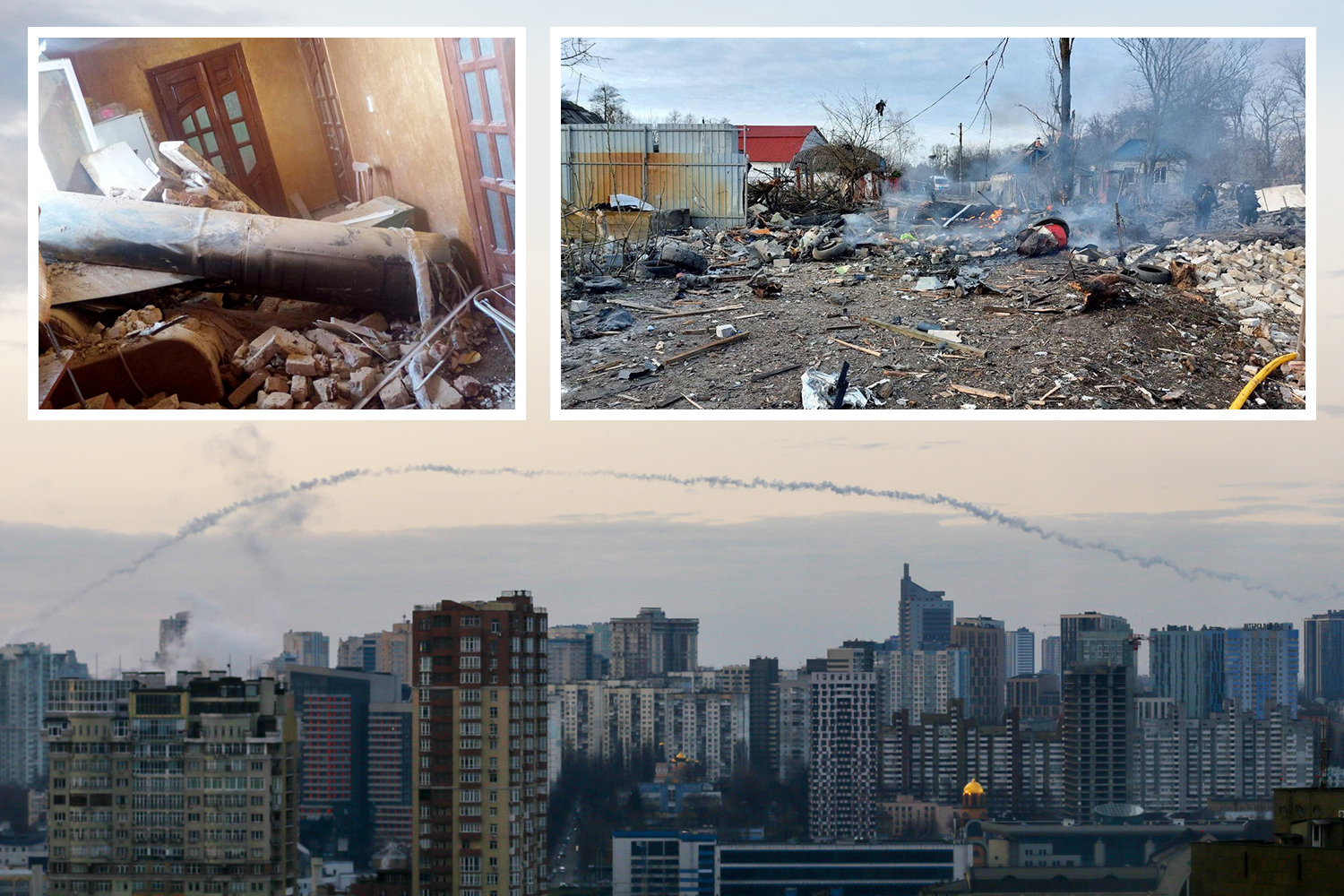 He went on: "Please provide your email address so I can send a complete list of my car collection and their respective enormous emissions."

Tate then shared a video compilation of him driving his cars and boarding private jets intercut with Greta's famous speech at the United Nations in 2019.

But seemingly nonplussed by the barb, Greta replied with a short and sweet message.

All the clues Stacey Solomon dropped to hint at her pregnancy

"Yes, please do enlighten me. email me at smalld**[email protected]," she wrote.

Tate has since replied with an unhinged video showing him wearing a robe and smoking a cigar.

He tweeted: "Thank you for confirming via your email address that you have a small penis Greta Thunberg.

"The world was curious. And I do agree you should get a life."

This guy is beefing with a teenager and he is losing

In the clip, Tate takes a puff on his cigar before turning to the camera and saying with a wink: "Releasing greenhouse gases."

He goes on: "I'm obviously a stranger to online controversy, it's not something I often do. But now, the mainstream press is commenting on the fact that I was informing Greta that my very extensive car collection, with internal combustion engines that run on dead dinosaurs, have an enormous emission profile.

He then insists he's "not mad" at the 19-year-old, before asking that he be brought several "non-recyclable" pizza boxes.

Tate goes on to accuse Greta of being "programmed" and a "slave of the matrix". 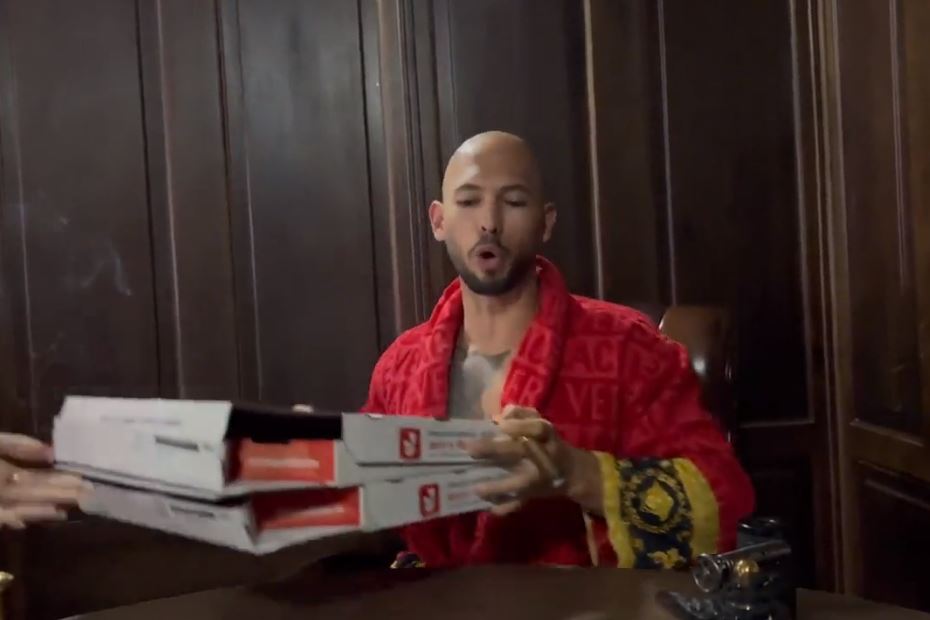 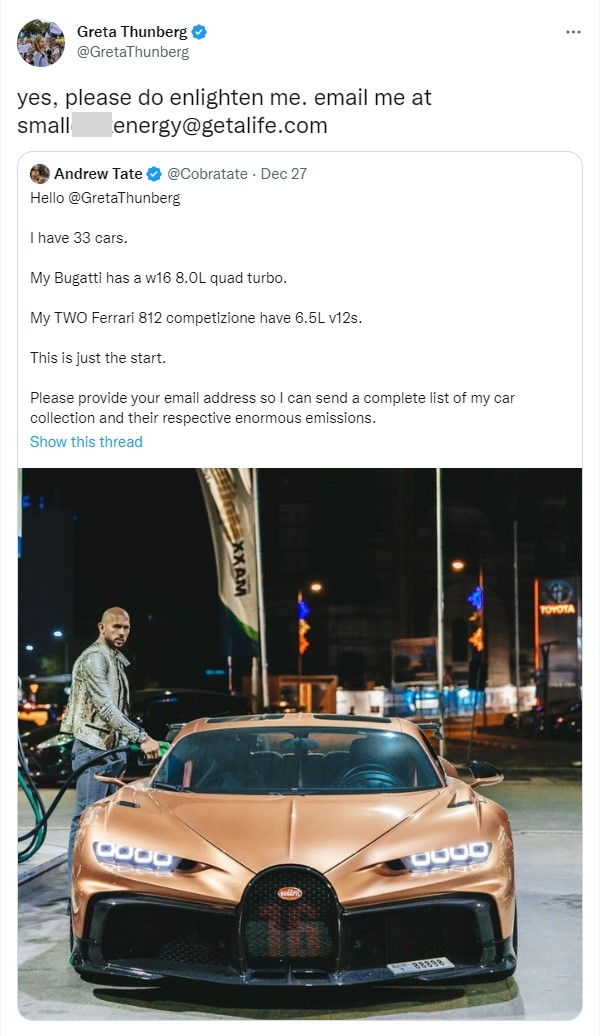 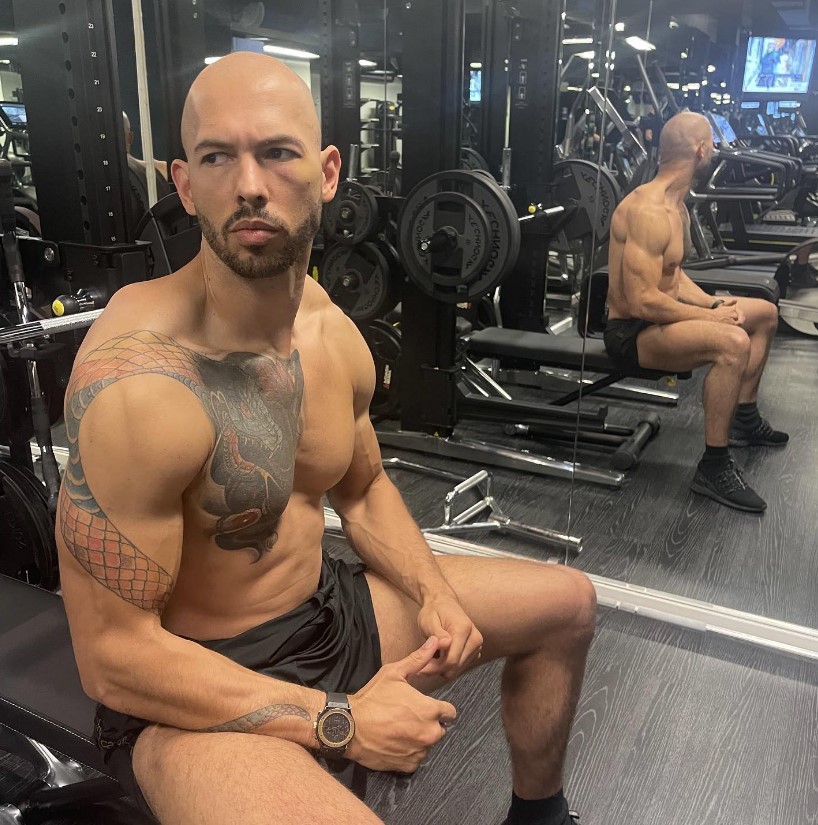 The influencer frequently features in viral "inspirational" videos where he touts his alpha-male lifestyle and provides "advice" to young men.

But his temper tantrum in response to Greta's dig at his manhood left many fans questioning his alpha credentials.

Comedian Hal Cruttenden tweeted in response: "Sometimes being a man is just so damn embarrassing."

John Lennon's son Sean even joined in, tweeting: "Holy c**p. We've reached peak dork. It will forever be downhill from here. Enjoy this moment everyone."

A fourth wrote: "This guy is beefing with a teenager and he is losing."

Greta is yet to respond to Tate's latest video.

He was dumped from the reality show over alleged footage of him beating a woman emerged online.

Since then he has sparked revulsion and outrage with a wave of content online.

The Washington DC-born Tate has been accused of spreading hate towards women as he built his profile.

The influencer was banned from Twitter in 2017 for violating its terms of service with his controversial comments.

He has previously referred to women as "property" and said they should bear "some responsibility" if they are sexually assaulted.

In August, Tate was banned from a range of other social media sites.

TikTok banned him for misogyny, while Meta said he violated their policies around "Dangerous Individuals and Organisations".

Tate has denied accusations of misogyny and claimed that many of his clips are "taken out of context".