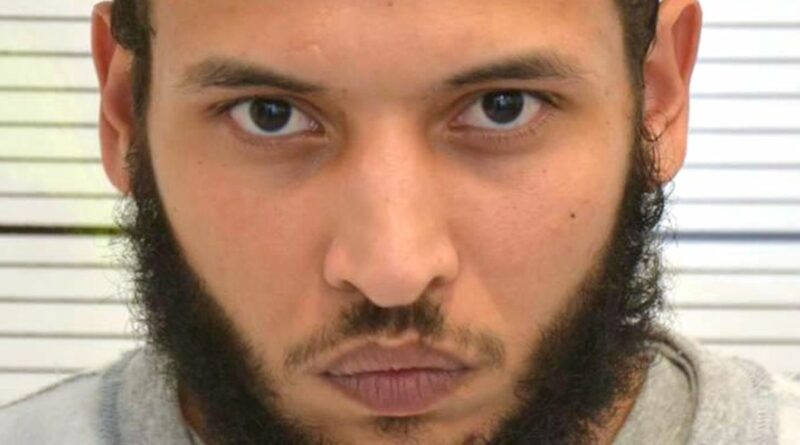 A murderer who stabbed three defenseless men in a "swift and calculated" terror attack while shouting "God, accept my jihad" is to appeal his whole life sentence.

Khairi Saadallah, 27, was given the rare sentence in January after murdering James Furlong, 36, David Wails, 49, and Joseph Ritchie-Bennett, 39, in June last year.

He also injured three others before he threw away the knife he bought in Morrisons and ran off, chased by an off-duty police officer through the site of the crime, Forbury Gardens, a scenic public park in Reading, Berkshire.

Saadallah was given a rare whole life term for the attacks, which means he is unlikely to ever be released from prison.

However, he is now challenging that ruling, with a hearing due at London's Court of Appeal on Thursday, October 14, Berkshire Live reports.

The court heard how Saadallah meticulously planned the attack and had researched the location, as well as buying the knife from Morrisons, and viewed extremist material on his phone, including images of Jihadi John, a Kuwaiti-British militant believed to be a member of ISIS.

In sentencing in January, Mr Justice Sweeney said: “His attack on them was so swift, ruthless and brutal that none of them had any chance to react, let alone to defend themselves.

"Using his combat experience in each of their cases the defendant targeted a vulnerable area where a single thrust of the knife would, as he intended, inevitably cause death.”

During the course of the attack and afterwards and because he was seeking to advance a political, religious or ideological cause, the defendant was shouting in Arabic, ‘God is the greatest’ and ‘God accept my jihad’.”

The judge rejected the defence's claim Saadallah was suffering from mental illness at the time of the attack.

The BBC reported that Saadallah, originally from Tripoli, Libya came to the UK in 2012, having fought in the Libyan revolution as a teenager.

When applying for asylum, he told Home Office officials he had been in the Islamist militant group Ansar al-Sharia. The group was later banned in the UK as a terrorist organisation.