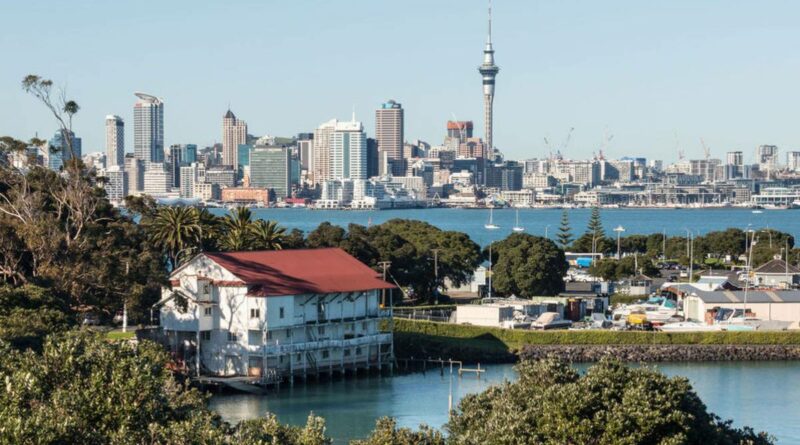 Real estate agents are hoping for a record breaking 2021 as they pocket more than a billion dollars in commission fees on the back of skyrocketing house prices.

A Herald calculation estimates agents earned $2 billion in commission fees in the past year.

Data by analysts Valocity found 78,643 homes and apartments had sold in the 12 months to November 30 at a combined value of $74b.

While the industry does not officially publish agents’ earnings, the past 12 months are expected to have been among the best years on record with more sales completed at higher prices than last year.

That meant the best agents could earn up to $1 million per year, Ray White Manukau owner Tom Rawson said.

Yet with the high rewards also came high risk.

“While the top few agents can earn big, many others earn below the minimum wage because those that don’t sell, don’t get paid.”

The booming sales in the past two years have come as a happy surprise to the industry and led to a rush of new people signing up to become real estate agents.

When the Covid pandemic hit early last year, many agents feared they were set for a lean period with few sales.

That was due to nearly all property pundits and economists tipping house prices to fall as a result of economic uncertainty created by the pandemic.

Instead, house prices have jumped more than 20 per cent in the past year to hit an average $1.5m price, according to Valocity data.

Any part of the sale price above $400,000 typically attracts a commission of about 2 per cent to 2.5 per cent.

The Herald estimated the commission paid out to real estate agents in the past year totalled $1.97b.

To get this figure, the Herald took a mid-estimate of 3.25 per cent commission for the first $400,000 of each sales transaction in the past year.

And added this to a mid-estimate of 2.25 per cent commission for the amounts above $400,000 in each sales transaction.

Ray White’s Rawson said the past two years had been good for agents.

However, while house prices have been going up, the number of houses selling has been steadily dropping in recent years as people tend to buy and hold onto their homes for longer, he said.

And with more people signing up to become real estate agents in the past year, there has been greater competition among agents to get customers and make sales.

Rawson said the top 20 per cent of agents typically earned 80 per cent of the income with many others earning below the minimum salary as they struggle to make sales.

He said in South Auckland where homes sell cheaper than in inner Auckland, the top 20 per cent of agents typically needed to make about one sale a month to earn at least about $150,000 a year pre-tax.

However, agents faced a lot of costs because they typically acted as independent contractors, he said.

That included paying about 8-10 per cent of their commission earnings to their real estate agency franchise and about 35 per cent to the agency branch they work out of to cover office running costs like rent, power and rates.

Out of the remaining 50-odd per cent, the agents had to then cover their own expenses, including the upkeep of their car, clothes, computers and insurance.

If they share a sale with another agent, then they first have to split the commission between them before paying their expenses.

In addition to commission fees, home sellers might also have to pay real estate agencies thousands of dollars in marketing costs.

Industry regulator, the Real Estate Authority, advises commissions can vary between agencies, and says home sellers should compare and negotiate costs between companies.

Home sellers should also ensure they receive a clear statement outlining all the costs they face and have a lawyer check the document, it said.

It is also important to check if an agent is licensed so a seller can make a complaint to the REA if things go wrong.

Rawson said home sellers should go for agents with a good track record of selling homes in the same area.

When weighing up commission fees, he said sellers should consider that while some agents may ask for less payment, the most important number is the price the home sells for.