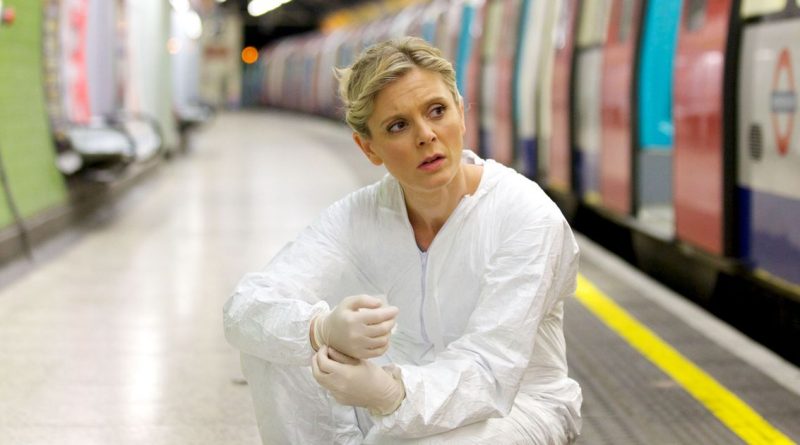 Sunday marks 25 years since the release of one of the BBC's most beloved hit TV shows – Silent Witness.

The BBC drama, which initially starred Amanda Burton and later Emilia Fox, focuses on a team of forensic pathologists as they solve gruesome crimes.

Now a new book, The Real Silent Witnesses, looks at how DNA has become key in convicting perpetrators of violent crimes.

Here, The Daily Star reveals the inside story on some of the most shocking crimes their techniques have helped bust wide open… On 7 September 1978, Bulgarian dissident Georgi Markov was waiting for a bus on London’s Waterloo Bridge when he felt a sharp pain in the back of his leg. A stranger walking past apologised to him for accidentally poking him with his umbrella.

But three days later, Markov died in hospital after collapsing. An autopsy found a tiny pellet lodged near Markov’s wound, which was thought to have been injected into his body using a gas gun hidden in the assailant’s umbrella.

The poison ricin fitted the bill, but breaks down quickly in the human body leaving no trace, so forensic pathologist Dr Rufus Crompton decided to inject an amount of ricin equal to what the pellet could hold into a live pig as a test.

The autopsy of the animal showed organ damage identical to that in Markov. This led to the discovery that his assassination, using ricin, had been organised by the Bulgarian Secret Service and done by an agent called Francesco Gullino. Ramirez, 25, was nicknamed ‘the Night Stalker’, as he broke into victim’s houses to attack them. On 24 August 1985, a teenager noticed a suspicious vehicle driving through his neighbourhood, wrote down the number plate and notified police.

Ramirez’s latest attack took place in the area, so police tracked down the car, which had been abandoned. Inside, they found a key piece of evidence – the murderer’s fingerprint on a rear-view mirror. Using forensics, this was matched to his rap sheet – Ramirez had previous convictions for petty crimes.

Police then plastered his image in the media and he was captured a few days later. He was sentenced to death, but died in 2013 from B-cell lymphoma after spending 23 years on death row. Vikki Thompson’s 1995 killing was one of the first murders to be reinvestigated following a new law that allowed a suspect to be tried twice for certain serious offences, and forensic science brought her killer to justice 15 years later.

Vikki had been attacked near her Oxfordshire home by a stranger, who battered her and dumped her body by a railway track to make it look as if she had been struck by a passing train. Mark Weston was tried for murder, but found not guilty due to a lack of evidence.

In 2005, the new law came in and police brought in forensic scientists. Using new techniques, they matched bloodstains on Weston’s boots to DNA contained in Vikki’s blood. Weston was sentenced to life in prison in 2010, and he was the first person in the UK to be convicted of murder following the discovery of new forensic evidence.

The killer next door On Christmas Day 2010, the frozen body of 25-year-old Jo Yeates was found near the entrance to a quarry three miles from her Bristol home. With her boyfriend Greg Reardon away for the weekend, Jo had gone for after work drinks on the Friday night, then seemingly vanished after returning home.

Attention turned to her Dutch neighbour Vincent Tabak, who asked detectives a lot of questions about the forensic work on the case. Police took DNA from him, but although this matched swabs found on Jo’s body, forensic scientists said they were not good enough quality.

They used a method known as DNA SenCE, which enhances unusable DNA samples through purification and concentration. Although the forensic team said they: “couldn’t say whether the DNA was from saliva, or semen, or even touch, the probability of it not being a match with Tabak was less than one in a billion”. He was sentenced to life imprisonment.

Stabbed outside her front door

At just ten years old, Anna Palmer was stabbed multiple times outside her family’s front door in Salt Lake City, Utah. The crime, in September 1998, shocked the US for its brutality, with the final blow believing to have been a stab to the spinal cord.

With no witnesses, suspects and little evidence, the case was unsolved. In 2009, forensic scientists were brought in to reinvestigate the case. They checked Anna’s fingernails for DNA samples using equipment not available at the time of the murder, and discovered traces of the killer’s DNA there.

Using the national database, this was matched to Matthew Brock, who was serving a 10-year sentence for a sex-related crime with a child. He immediately confessed due to the DNA evidence, and police praised forensics saying Brock could have gone on to have killed other kids after leaving jail. Brock is now serving a life sentence in a US jail. In the 1990s, while serving a prison term for the rape and indecent assault of 11 girls, Angus Sinclair voluntarily provided DNA for the national database. The operation, with the code name ‘Catchem’, was designed so DNA could be used to solve historical crimes.

In 2000, Strathcylde Police carried out a cold case review of the 1978 murder and rape of Mary Gallacher in Glasgow, linking Sinclair’s DNA from the database to samples found on her clothes. Sinclair was weeks away from being released when he was convicted of killing Mary. DNA evidence also linked him to the 1977 World’s End Murders of Christine Edie and Helen Scott in Edinburgh.

Sinclair went on to confess to the 1961 homicide of his eight-year-old neighbour Catherine Reehill, and it’s thought he killed four other women between 1977 and 1978. Sinclair, who died alone in his cell in March 2019, is believed to have been Scotland’s worst serial killer.

*The Real Silent Witnesses: Shocking Cases from the World of Forensic Science by Wensley Clarkson is out now published by Welbeck, £8.99