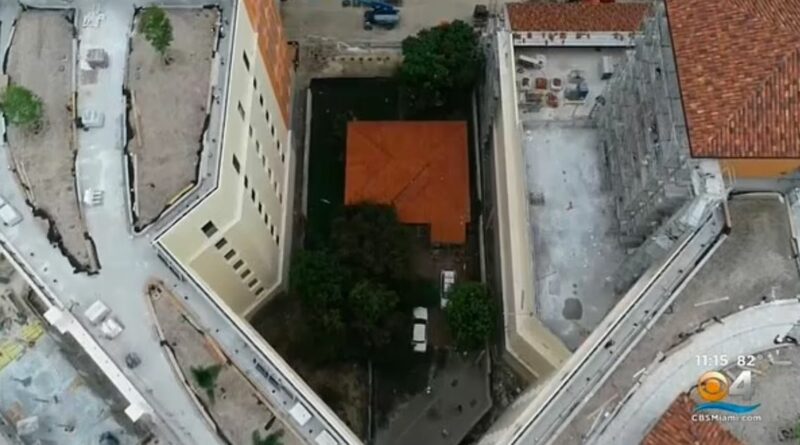 In a real-life version of the Pixar film 'Up', a homeowner has refused to sell his house despite being offered eye-watering offers.

The Florida man’s small Miami, Florida home is in the middle of a $600 million (£432m) commercial development but refuses to sell.

Orlando Capote’s home sits in the midst of a construction zone for the largest commercial development in Coral Gables history, CBS 4 reported.

In Up, the main character refuses to budge while skyscrapers pop up around his home in a similar fashion.

Mr Capote has turned down up to 60 offers in the last six years from developers, real estate agents, or house flippers to purchase the two-bedroom, two-bathroom, 1,300 square-foot home.

His father purchased the home in 1989 after immigrating from Cuba and Mr Capote says the home has held particular sentimental value since his father died In 2005.

He said: "This house is like a hard drive. As I look around and live in it and move through it, I relive a lot of memories. That I could not find in another house."

Mr Capote said he wanted to respect his mother, who died in 2020, and wanted him to avoid selling up.

He said: "The house is my soul, so what good is it to sell your soul for all the money in the world."

Mr Capote is accusing the city of multiple violations and says his home is being swallowed up by the mega-development.

He continued: "You can see some of the debris that's already falling on the site, which would not happen if the buildings were actually 35 feet high or at least 50 feet away."

The city of Coral Gables denies any violations have taken place and told the Miami Herald "the issues have been extensively reviewed and investigated".

Mr Capote is unswerving in his decision to stay put, saying his parents' memories keep him company.