This is the moment a teenager ploughs his sports car into another vehicle then smashes into a shop – missing customers by inches.

Dramatic footage shows the 18-year-old, who doesn’t have a driving licence, slam headfirst into the car’s front bumper at high speed in the city of Tula, western Russia.

He then swerves towards a nearby pawnshop and slams into its steps with such force that two customers standing on them are nearly jolted off their feet.

Jaw-dropping CCTV shows the sports car’s bonnet disintegrate as it hits the Renault Fluence turning across its path, sending debris flying across the road.

The impact is so strong that the red Chevrolet Corvette veers off towards the shop and crashes inches from two people standing at the entrance.

One of the bystanders rushes to help the young driver out of the wrecked car through the window.

The youngster had been on his way to a a car festival called Avtostrada on June 6, according to local media. 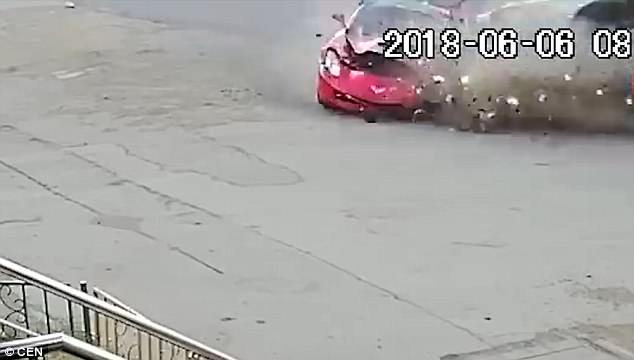 The red Chevrolet Corvette sports car hits a vehicle turning across its path in the city of Tula in western Russia. Its bonnet disintegrates and debris is strewn across the road 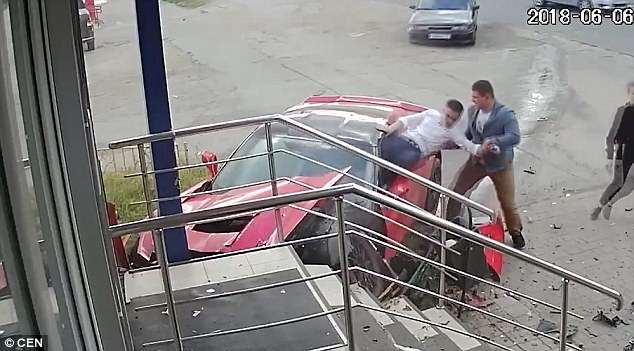 The car then smashes into the steps of a pawnshop. One of the customers who was standing on the steps when the sports car hit helps the driver out of his car through the window 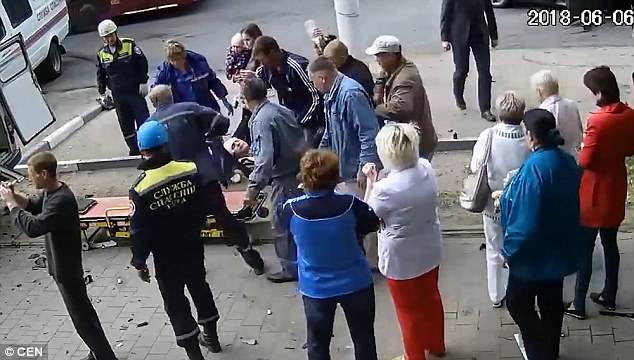 Bystanders rush to help lift the injured driver in the turning car onto a stretcher. He was taken to hospital by paramedics after the horror crash

But the driver of the car he hit was not so lucky and was taken to hospital by paramedics. It is not clear what injuries he suffered.

A group of helpful witnesses can be seen carrying the injured man to the roadside before the emergency services arrive.

Meanwhile the driver of the sports car talks frantically on his phone. He appear to be unhurt. 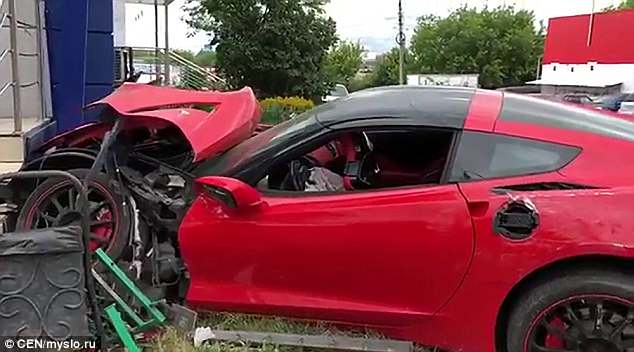 The horrific damage to the sports car after the dramatic crash. Its bonnet was demolished by the impact 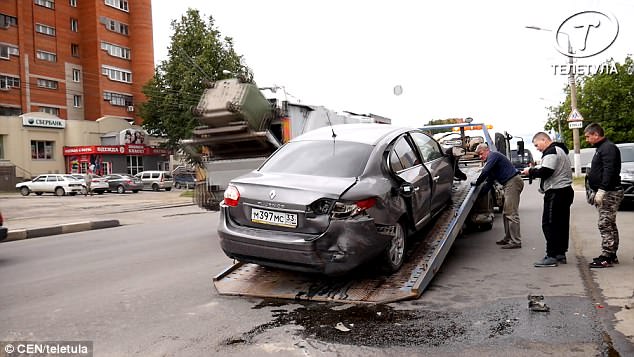 The damaged to the car the sports car hit in the accident. It appears the car was propelled backwards after being hit in the front bumped given the damage to its rear