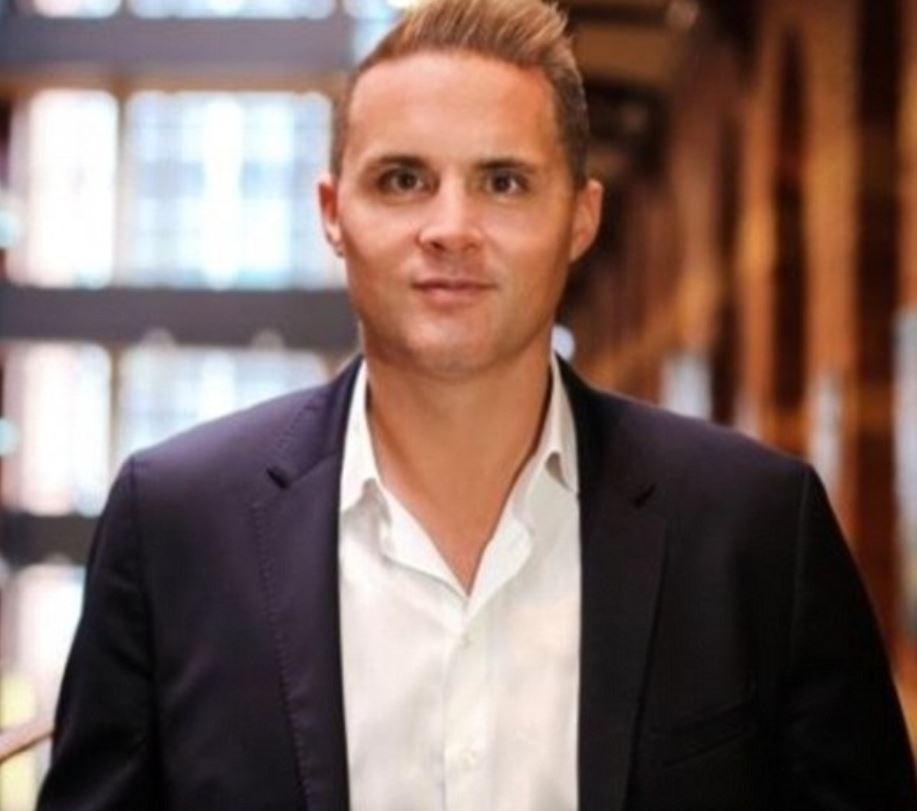 In the leaked message –  which quickly went viral – the Aussie boss threatened to fire several workers if they did not raise their "game massively”.

“Morning guys,” began the message which was titled a 'Friday observation' and outlined just a few of things he did not approve of.

“1: Endless ping pong during CORE BD business hours – especially from people with no money on the board.

“2: Not even bothering to put a suit on or pretending to look the part (again with no money on the board). 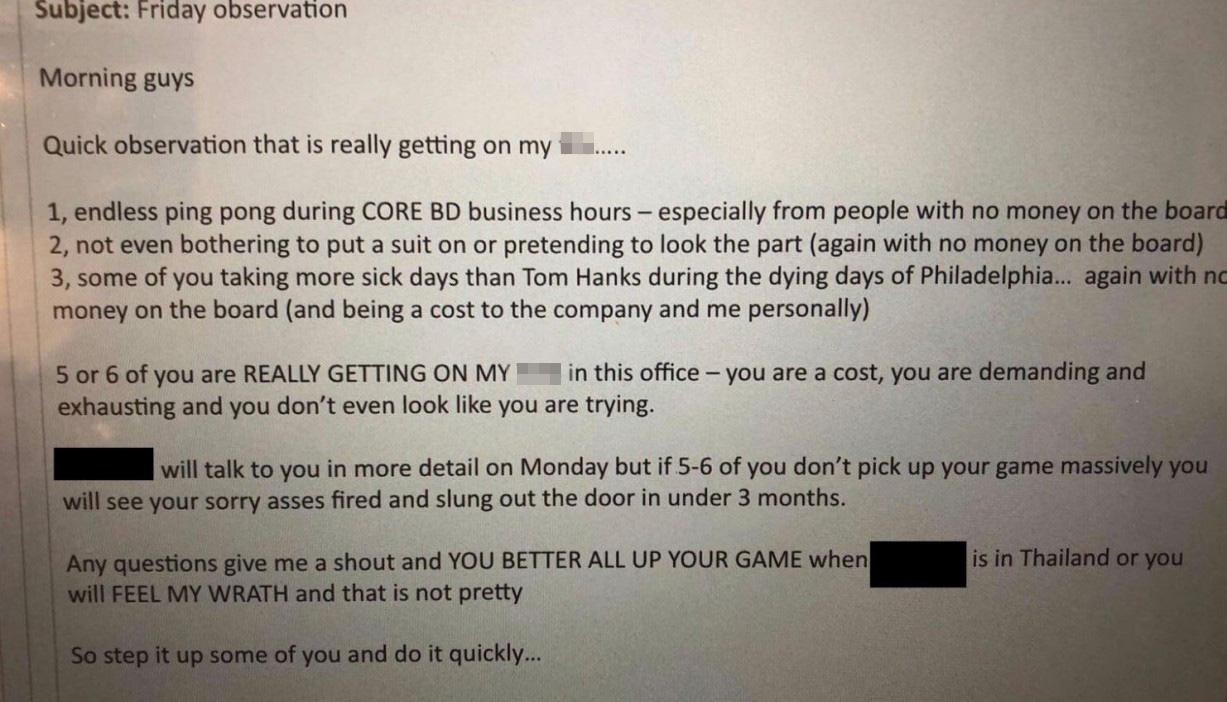 3: Some of you are taking more sick days than Tom Hanks during the dying days of Philadelphia…again with no money on the board (and being a cost to the company and me personally).

“5 or 6 of you are REALLY GETTING ON MY T**TS in this office – you are a cost, you are demanding and exhausting and you don’t even look like you are trying.”

The email ended with a warning that staff would feel his "wrath" with the added warning "that is not pretty”.

Wood, who has been in the industry for 15 years, later admitted the email should not have been sent and he "owned the mistake."

"The email I sent to staff last week was a Gordon Ramsay meets Donald Trump-style email rant in a moment of seeing red and most definitely should not have happened," he told Shortlist.