Loved ones of the 22 people who died in the Manchester Arena bombing stood in silent remembrance at the opening of the public inquiry into the terror attack.

The sombre proceedings began with Paul Greaney QC, counsel to the inquiry, reading the names of each of those murdered by suicide bomber Salman Abedi on May 22 2017.

Sir John, a retired High Court judge, is leading the probe examining events before, during and after the attack at the end of an Ariana Grande concert.

Abedi, surrounded by a throng of elated youngsters leaving the show, exploded his shrapnel-packed rucksack bomb, sending thousands of nuts and bolts shredding everything in their path.

Formally opening the inquiry, Sir John said: ‘This is an exercise in establishing the truth.

Families, lawyers and chairman of the inquiry Sir John Saunders (right) a retired High Court judge, stood with heads bowed for the minute’s silence as Paul Greaney QC (left), counsel to the inquiry, read the names of each of those murdered 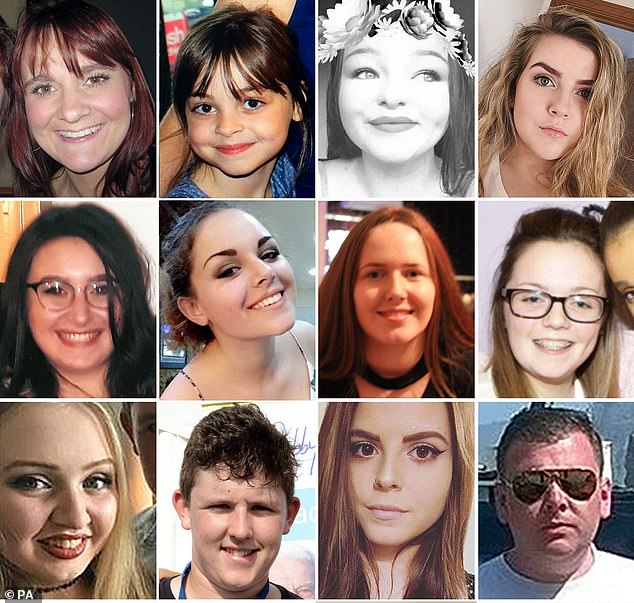 ‘If I conclude things went wrong then I shall say so, but we are not looking for scapegoats. We are searching for the truth.

‘The explosion killed 22 people, including children, the youngest was eight years old.

‘Salman Abedi blew himself up in the explosion but he intended as many people as possible would die with him.’

Sir John said some evidence must be heard in secret to prevent further similar terrorist attacks.

Abedi was known to the security services, and a senior MI5 officer, known only as witness J, is expected to give evidence to the inquiry later this year. 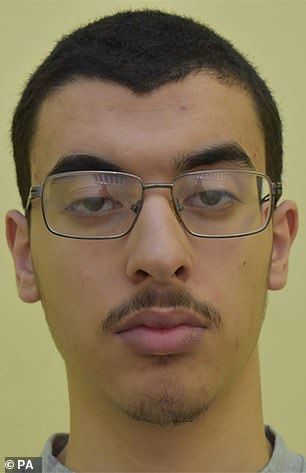 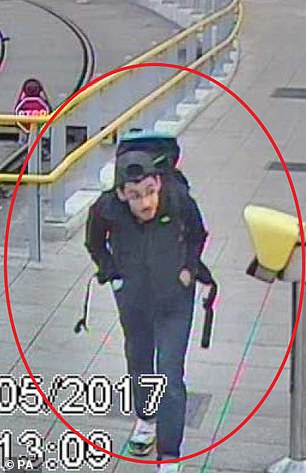 Sir John said: ‘Salman Abedi (left) blew himself up in the explosion but he intended as many people as possible would die with him.’ Right: A CCTV image of Salman Abedi at Victoria Station making his way to the Manchester Arena, on May 22, 2017, where he detonated his bomb

The bomber’s brother, Hashem Abedi, now 23, was last month jailed for life with a minimum 55 years before parole, for his part in the deadly bomb plot, which left hundreds of other people injured.

The inquiry is being held with unprecedented arrangements to ensure social distancing is observed by the families of the victims, their lawyers and others representing public bodies, witnesses and the media.

The main hearings will take place in a room specially converted from two courtrooms within the Manchester and Salford Magistrates’ Court building in the centre of Manchester. 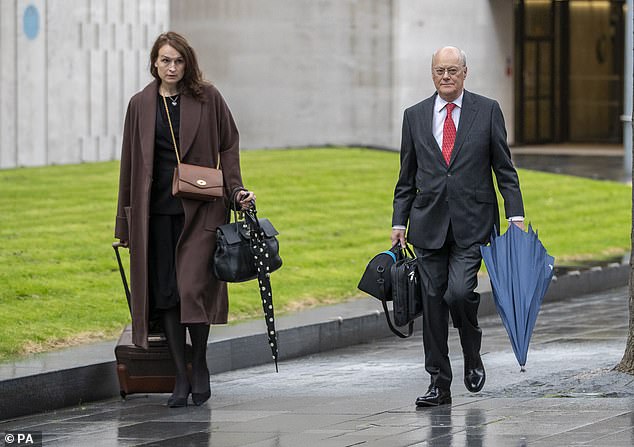 A small number of relatives of those killed are to attend in the hearing room, with a conference centre nearby accommodating others, along with survivors of the attack.

A media annexe has also been provided for journalists, with only a single media representative inside the hearing room.

Over the following three days, Mr Greaney will set out the evidence to be heard and summarise the key issues to be considered during the inquiry, which is expected to run into spring next year.

Background evidence and pen portraits, where relatives of those killed speak about their loved ones, will begin on Thursday.

The inquiry is divided into 17 chapters to cover topics including the victims, the background and radicalisation of Salman Abedi, the response of the emergency services on the night, the planning of the attack, and whether what the security services and police knew about Salman Abedi could have prevented the attack. 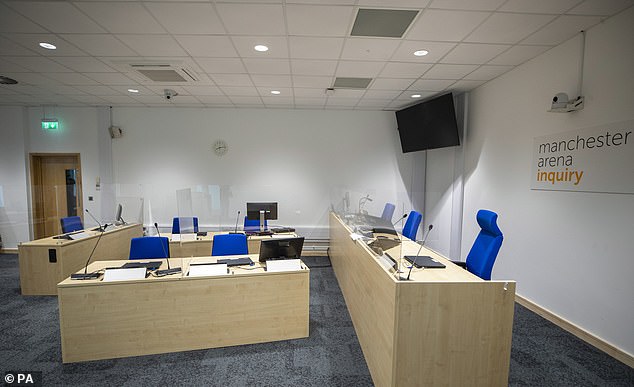 A view inside the room where the Manchester Arena Inquiry will be held, at Manchester Magistrates Court

Chairman Sir John will make a report and recommendations once all the evidence is heard.

Some evidence, involving information judged to be potentially of use to terrorists, is subject to restriction orders, and those hearings will be closed to the public.

The most sensitive evidence is likely to be heard at closed hearings, with both press and public excluded because of the risk to national security.

A livestream of proceedings will be broadcast so members of the public can follow the hearings.