Home » World News » Renee MacRae's sister: 'Tell us where their bodies are' 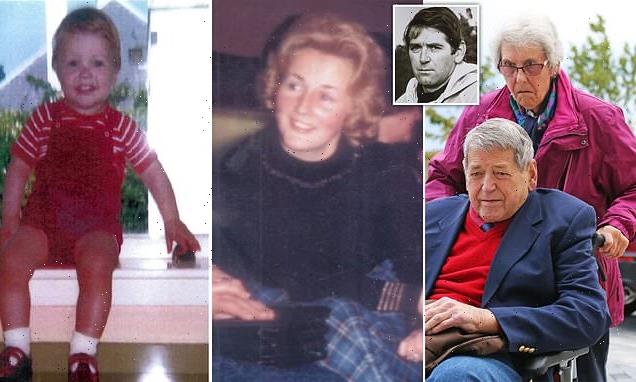 ‘Now tell us where they lie’: Family of ‘mystery of the A9’ murder victim demand lover who killed her and their son, three, reveals where he hid their bodies after he was finally brought to justice for 1976 slayings

A pensioner has been urged to finally reveal where he hid the bodies of his lover and their three-year-old son as he was jailed for the rest of his life after being found guilty of murdering them more than 45 years ago.

William MacDowell, 80, was convicted by a jury at the High Court at Inverness of killing both Renee MacRae and their infant son Andrew in November 1976.

Police have never found the bodies of the 36-year-old mother or her son, three, and yesterday – speaking outside court – Mrs MacRae’s sister, Morag Govans, appealed directly to MacDowell to break his silence.

‘The passage of time has not eased the anguish we feel, we have never been able to lay Renee and Andrew to rest or properly mourn their loss. Not knowing where their remains lie only compounds the pain.

‘Thinking of the terror they both must have felt before they died continues to haunt us.

‘We will never comprehend why their lives had to be taken in such a calculated and callous manner by William MacDowell. If he has a shred of decency in his body, he will now reveal where they both lie.’ 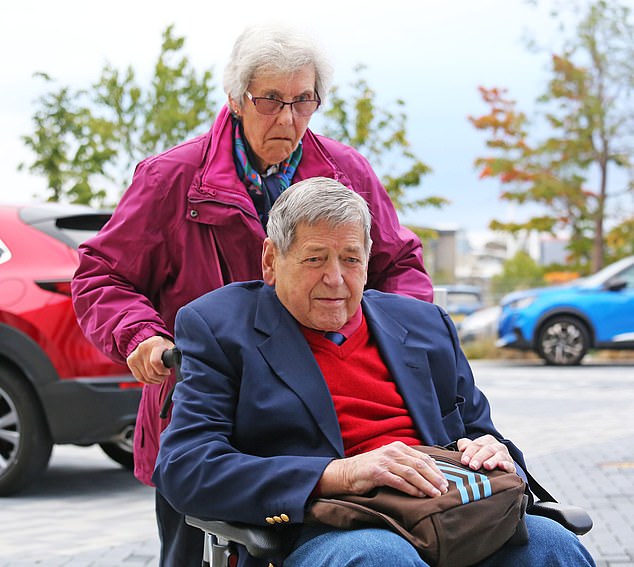 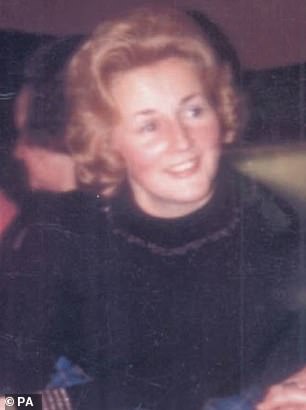 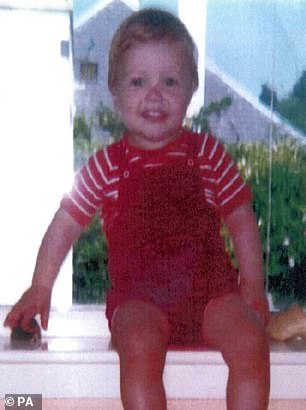 William MacDowell, 80, has been found guilty murdering 36-year-old Renee MacRae (left) and their son Andrew (right) at a layby south of Inverness on November 12, 1976 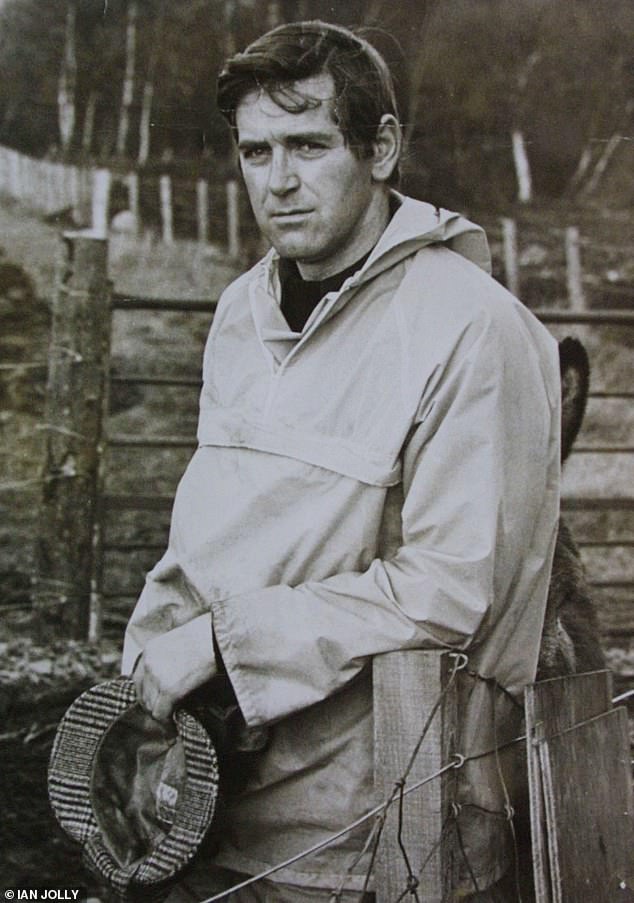 The High Court in Inverness has previously been told by Alex Prentice KC, prosecuting, that the now 80-year-old William MacDowell (pictured) was the only man with the motive to kill because of the risk of his more than four-year affair with Mrs MacRae being exposed and him losing everything

Passing sentence after MacDowell was found guilty of murder at the High Court at Inverness, judge Lord Armstrong told him: ‘These murders appear to have been premediated, planned and carried out in the most calculated way – not a spontaneous event or spur of the moment.’

He added: ‘These appear, in effect, to have been executions. You murdered your victims and then disposed of their bodies and personal effects, including the boy’s pushchair. You then took steps to conceal the crimes you had committed.’

As well as being convicted of the murders of Renee and Andrew MacRae, MacDowell was also found guilty of attempting to pervert the course of justice by disposing of their bodies and personal effects.

Mrs MacRae, who was separated from her husband, had been having an affair with married MacDowell at the time she and Andrew disappeared.

However, MacDowell’s wife, Rosemary, stood by him and even pushed him into court earlier today in his wheelchair.

The court heard that MacDowell, of Penrith, Cumbria, had killed or abducted Mrs MacRae and her son at a layby on the A9 near Dalmagarry on November 12 1976.

Their BMW car was discovered on fire in a lay-by near Dalmagarry later that evening. Neither Renee nor Andrew have been seen since and their bodies have never been found.

MacDowell was arrested in September 2019 after an extensive review and re-investigation carried out by detectives from Police Scotland’s Major Investigation Team and local officers, building on decades of work carried out since 1976.

The enquiry also involved a major operation in 2019 to drain and forensically search Leanach Quarry near Inverness for evidence.

This involved removing more than 100,000 tonnes of material, with more than 5,000 tonnes subject to a thorough search by specialist officers over a five month period.

However, no evidence was found at the site. 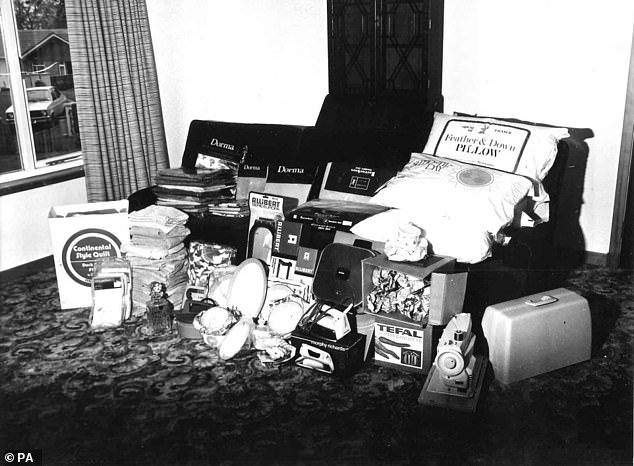 Poignant: A photo was previously released showing Renee had packed up possessions, ready to start a new life 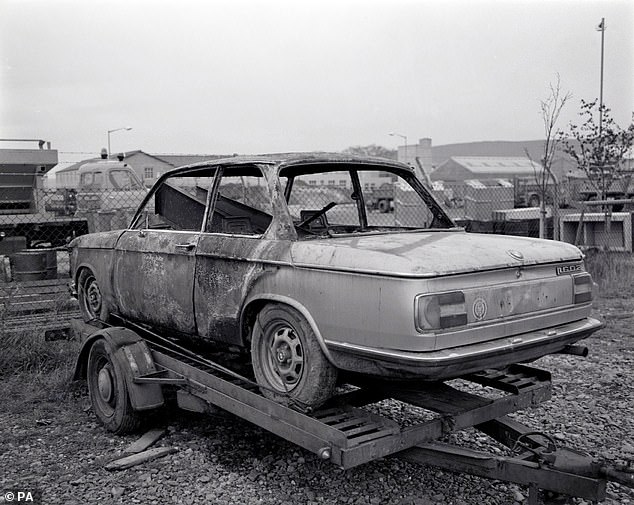 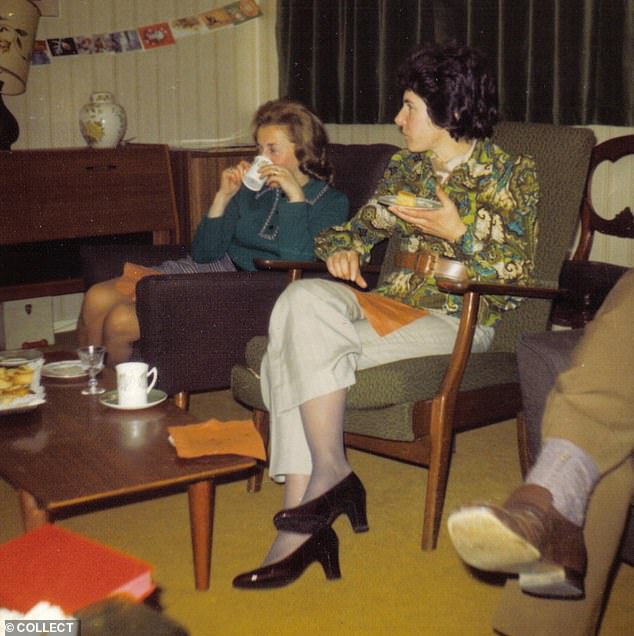 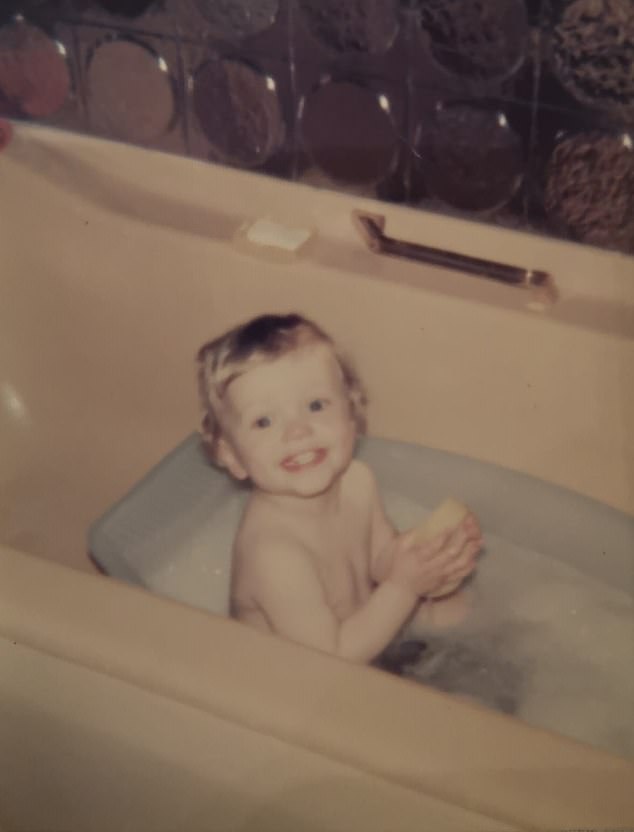 William MacDowell was the biological father of Andrew Macrae, who he was found guilty of murdering 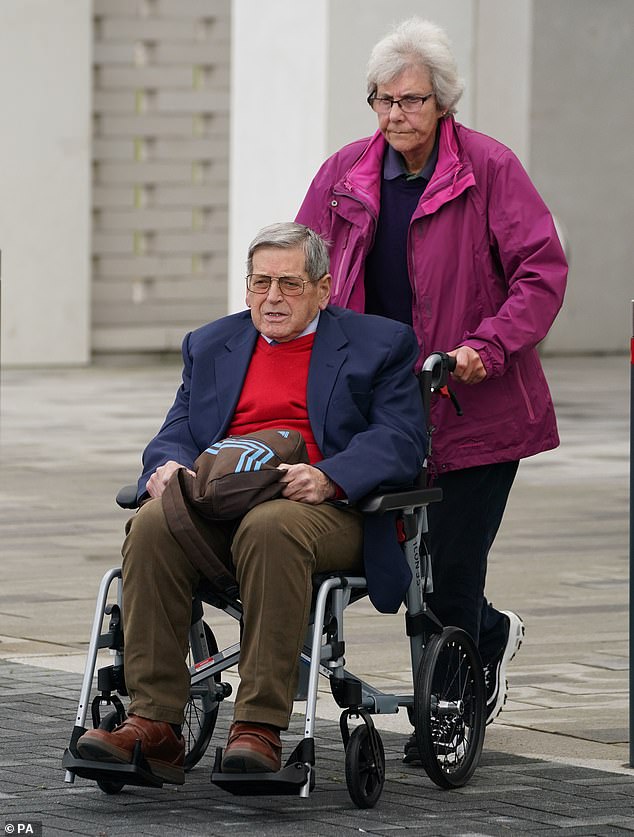 William MacDowell alongside his wife Rosemary MacDowell at the High Court at the Inverness Justice Centre. He has been sentenced to life in prison with a recommendation that he serve a minimum of 30 years for killing Renee and Andrew MacRae in November 1976 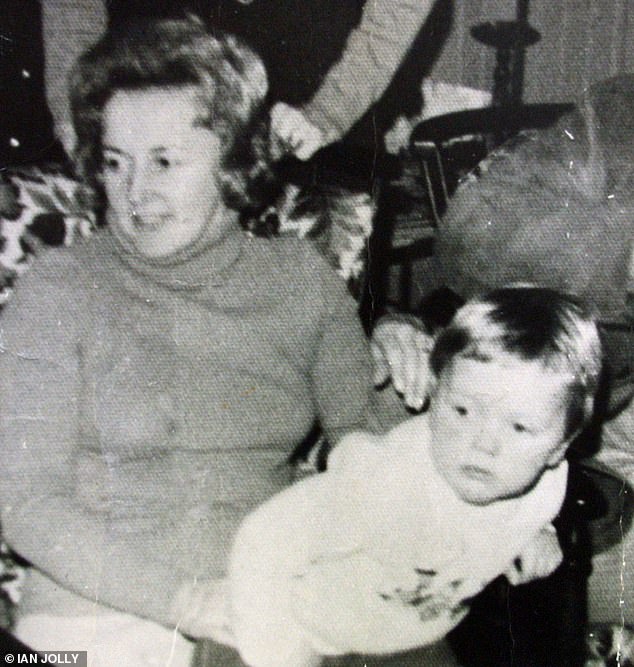 Renee Macrae and her son Andrew who have been missing since 1976. MacDowell was today convicted of their murders 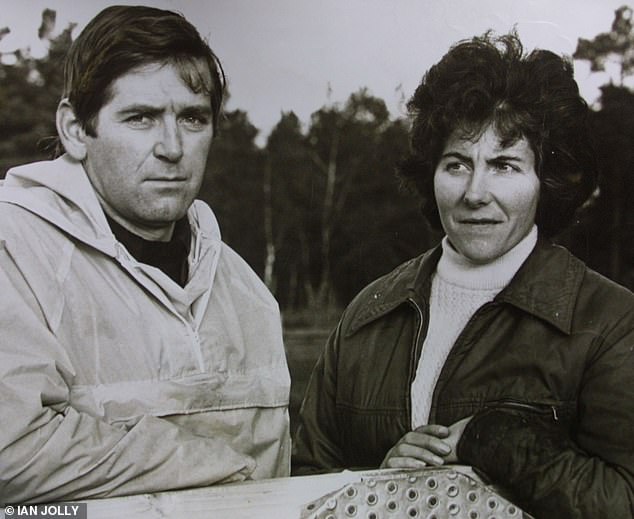 William MacDowell (left) and his wife Rosemary (right). He was today convicted of the murders of Renee and Andrew MacRae

Detective Chief Inspector Brian Geddes said: ‘Renee and Andrew’s family, and friends, have waited decades for justice and I hope that the outcome in court today can provide some form of closure for them.

‘They have carried themselves with absolute dignity throughout and they are very much in my thoughts today.

‘The murders of Renee and Andrew MacRae have had a significant impact on people in Inverness, and beyond for decades.

‘It is fitting to know that despite the passage of time, justice has finally been served.’

He added: ‘Although justice has now been done, Renee and Andrew’s bodies have not been found and I would urge anyone who may have information about where they are to come forward so they can be provided with the dignity they deserve.

‘In particular I would appeal directly to William McDowell to speak to us and allow to bring closure to their family.’

The now 80-year-old killed Mrs MacRae, whom he admitted repeatedly lying to during their four-year affair, and their child Andrew at a layby near Dalmagarry on the A9, about 12 miles south of Inverness.

A huge police investigation was launched after their disappearance, with road blocks set up on the busy road in an attempt to find as many witnesses as possible.

Operation Abermule, the latest investigation, was set up to find the murderer and to discover the resting place of the pair’s bodies almost 46 years after the crime.

So far, it has only achieved one of its aims – with MacDowell convicted of the two murders.

But Mr Geddes said he would ‘remain optimistic’ that the bodies could still be found.

He said: ‘We set out with that as our objective and we, the organisation, whoever comes after me, will not give up on that until there is no longer any hope.

‘And there is hope at the moment, so we’ll remain optimistic.’ 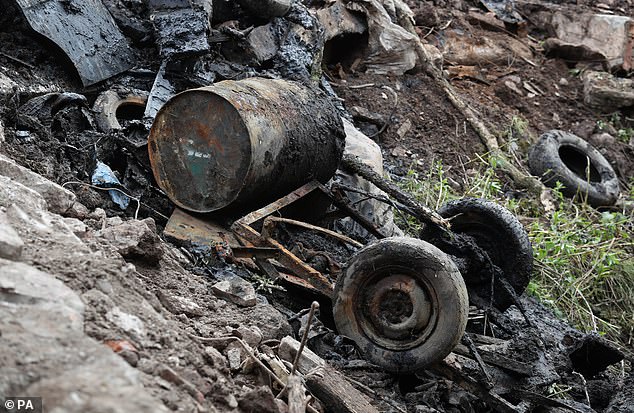 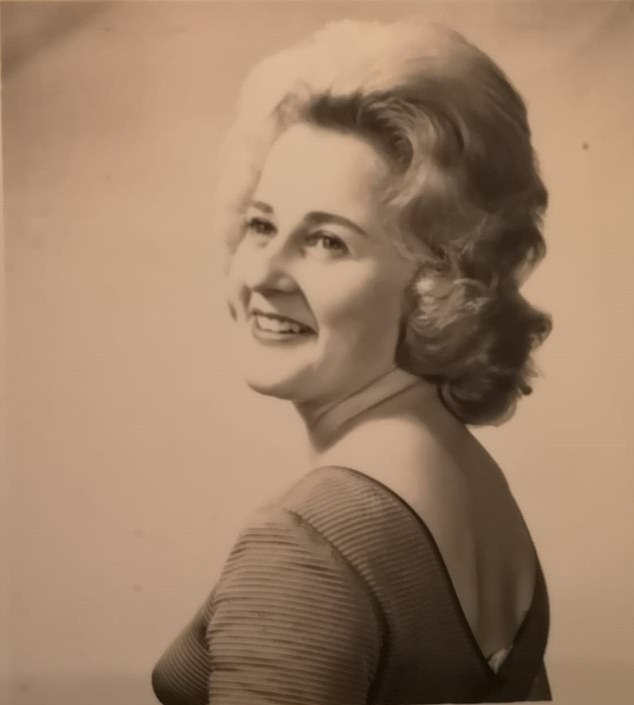 On the night of their disappearance, a farmer’s wife told the police she heard a ‘blood-curdling’ scream

The next step will be to ‘attempt some re-engagement’ with MacDowell and ‘see if he’s willing to speak’, the officer added.

MacDowell, who was married while having a relationship with Mrs MacRae, who was separated from her husband, had been trying to keep their affair secret.

He added: ‘We’d love to know more answers for the sake of the family, whether they want to know the details of what happened down there.

‘But, as an investigator, we’d love to know every fact and every part of the circumstances that happened.’

The latest investigation, and subsequent court case, has involved more than 1,500 witnesses, many of them either deceased or no longer able to give evidence in court. 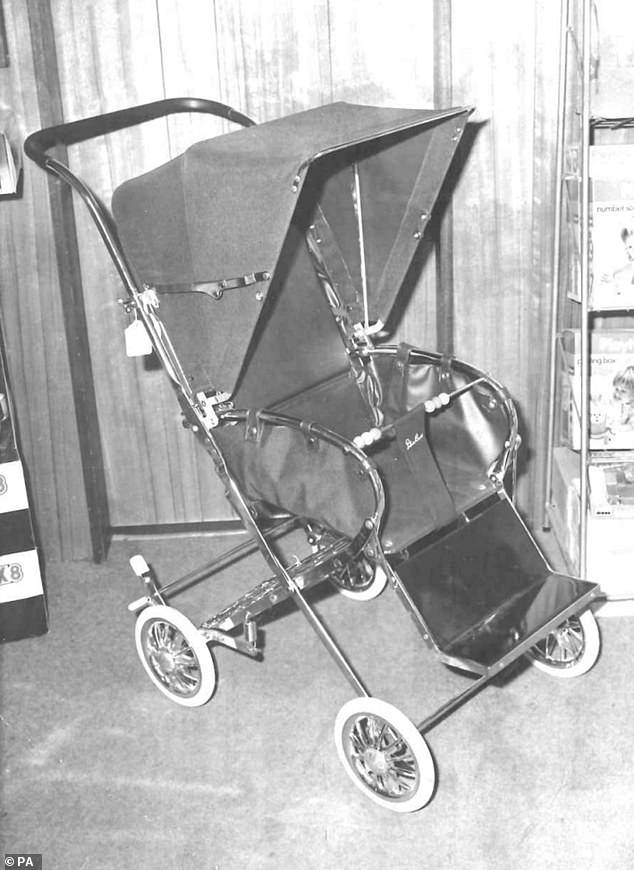 A photo of pushchair identical to that owned by Mrs Macrae was released by police, in a bid to try and find her 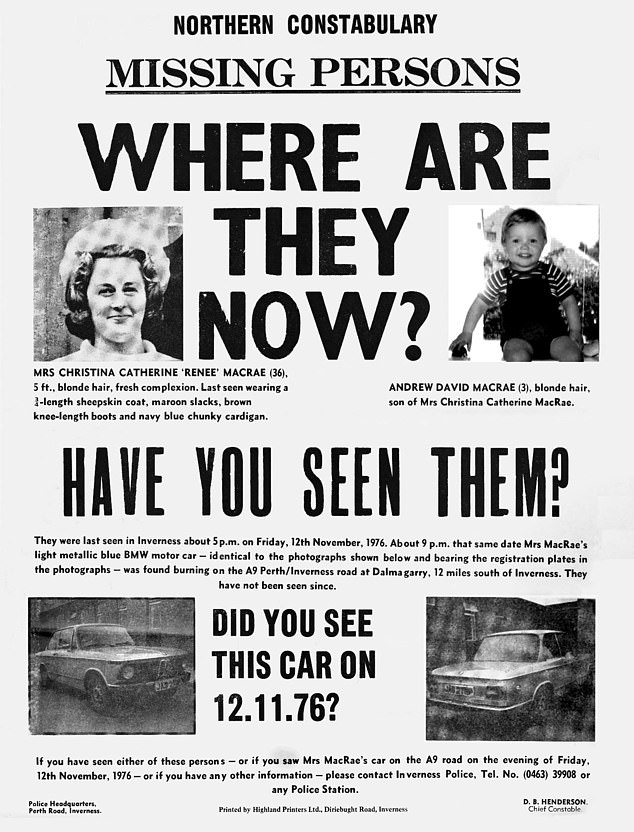 A Northern Police appeal poster from late 1976. For decades the case was Scotland’s most baffling unsolved murder mystery

‘There is no doubt that the team that we had from 2018 onwards uncovered evidence that hadn’t been focused on before,’ Mr Geddes said.

‘We have certainly improved the known circumstances around Friday November 12 and beyond.

The police officer said he could ‘sympathise with lots of frustrations why it’s taken so long’ for a conviction.

But he stressed: ‘We have now achieved what we set out to achieve in 2018.

Lord Armstrong had earlier told the jury if they find MacDowell not guilty – or that the case is not proven – the 80-year-old will not be able to be tried again unless there are exceptional circumstances.

MacDowell lodged two defences – one of alibi, that he was elsewhere at the time, including in the Mercury Motor Inn with three colleagues before going home.

The other, incrimination, alleges that if the murders did happen, they were committed by Mrs MacRae’s estranged husband Gordon MacRae acting with others.

Sister of victim makes plea to killer: ‘If he has a shred of decency in his body, he will now reveal where they both lie.’

The sister of Renee MacRae has told how their family is still haunted by the ‘terror’ the mother of two and her young son must have felt before being murdered.

Morag Govans said she could ‘never comprehend’ why William MacDowell killed the pair in ‘such a calculated and callous manner’.

And after 80-year-old MacDowell was convicted of their murder at the High Court in Inverness, she made a plea to him to reveal the whereabouts of their bodies.

Police investigations have so far failed to recover the remains of either Mrs MacRae or her three-year-old son, Andrew.

Ms Govans said if MacDowell has ‘a shred of decency in his body, he will now reveal where they both lie’.

Speaking after his conviction, she said: ‘Almost 46 years on, the pain of losing Renee and Andrew in such a cruel and brutal fashion never fades.

‘Today there is finally justice for them. It’s a day we feared would never come.

‘They were both so precious to us and a day never passes without them both in our thoughts.’

She continued: ‘Renee was a compassionate and caring mother. Both Andrew and his elder brother, Gordon, were her life. She adored them and was so proud of her boys.

‘Andrew would be 48 today, he was never given the chance to build his own life.

‘The passage of time has not eased the anguish we feel, we have never been able to lay Renee and Andrew to rest or properly mourn their loss.

‘Not knowing where their remains lie only compounds the pain.

‘Thinking of the terror they both must have felt before they died continues to haunt us.

‘We will never comprehend why their lives had to be taken in such a calculated and callous manner by William MacDowell.

‘If he has a shred of decency in his body, he will now reveal where they both lie.’