But at the same time, real-time data shows rents across the country have softened for the third consecutive month. And given CPI’s lagged nature, inflation data will likely take time to reflect this reality.

“The biggest single component of the core of CPI — rent — is still rising rapidly, but the rate of increase has peaked in recent months," Ian Shepherdson, chief economist at Pantheon Macroeconomics, wrote in note following Tuesday's data, adding: "It is becoming ever more clear from private sector rent data that the next big move in the CPI measure will be a substantial slowing.”

Housing costs were “by far the largest contributor” to the overall CPI gain, the Bureau of Labor Statistics said Tuesday. Overall, consumer prices increased at an annual 7.1% pace, while core CPI, which excludes volatile food and energy sectors, rose 6% compared to a year ago.

But data from Zillow's Observed Rent Index showed asking rents for new leases nationwide dropped 0.4% from October to November, the largest one-month dip in the seven-year history of the survey. The national average asking rent price now stands at $2,008, according to the survey, 8.4% higher than this time last year.

RealPage data also indicates a dramatic deceleration in rent growth, which reached 6.5% on a year-over-year basis for new leases. That's the lowest reading since June 2021 and down from the peak of 15.7% in March 2022.

“The market has changed really quickly here from a housing provider-favored market to one that's really shifting in the favor for renters who are seeing higher vacancies,” Jay Parsons, VP and head of economics & industry for RealPage, said in a webinar on Tuesday. 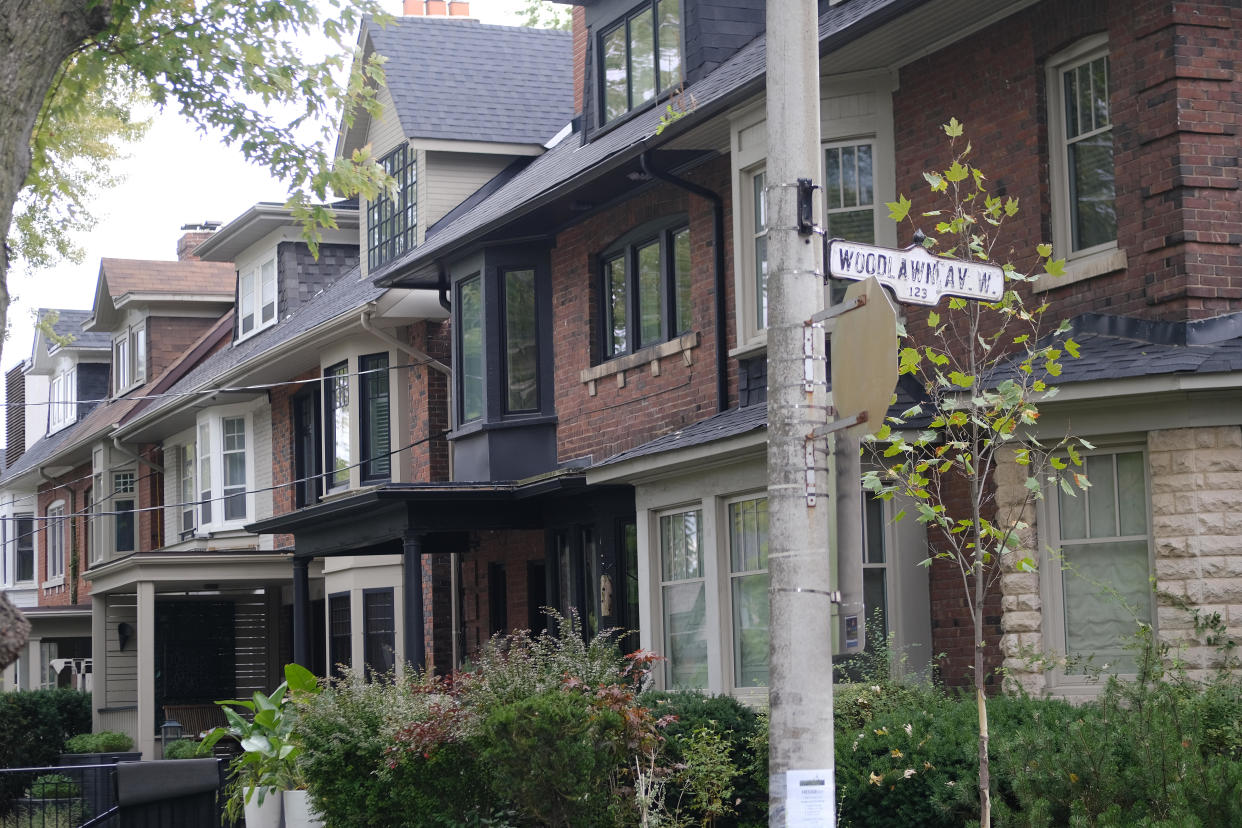 With these inflation dynamics showing a divide between real-time and government data on inflation, investors are weighing how this could impact future actions from the Federal Reserve.

On Wednesday, the central bank delivered a 0.50% interest rate hike, the seventh and final interest rate increase of 2022, a year that saw a cumulative 4.25% increase in interest rates, the most since 1980.

Rents "are going to be renewed into a market where rates are higher than they were when the original leases were signed," Fed Chair Jerome Powell said in a press conference Wednesday. "But we see that the rate for new leases is coming down. So once we work our way through that backlog, that inflation will come down sometime next year."

During his last press conference in November, Powell acknowledged that, although policy acts with a lag, “there’s still some significant rate increases coming” for rent prices as cheaper rents are renewed at higher market prices.

However, some experts are concerned the central bank could overestimate how much "lift" is left on expiring leases coming up for renewal.

“As we see in our data, that run-up potential is actually much less than [Powell] may be indicating,” Parsons said.

In other words, though Powell and the Fed anticipate rent inflation slowing next year and bringing down overall price pressures, real-time data suggests the drop may be even sharper than expected by the Fed. 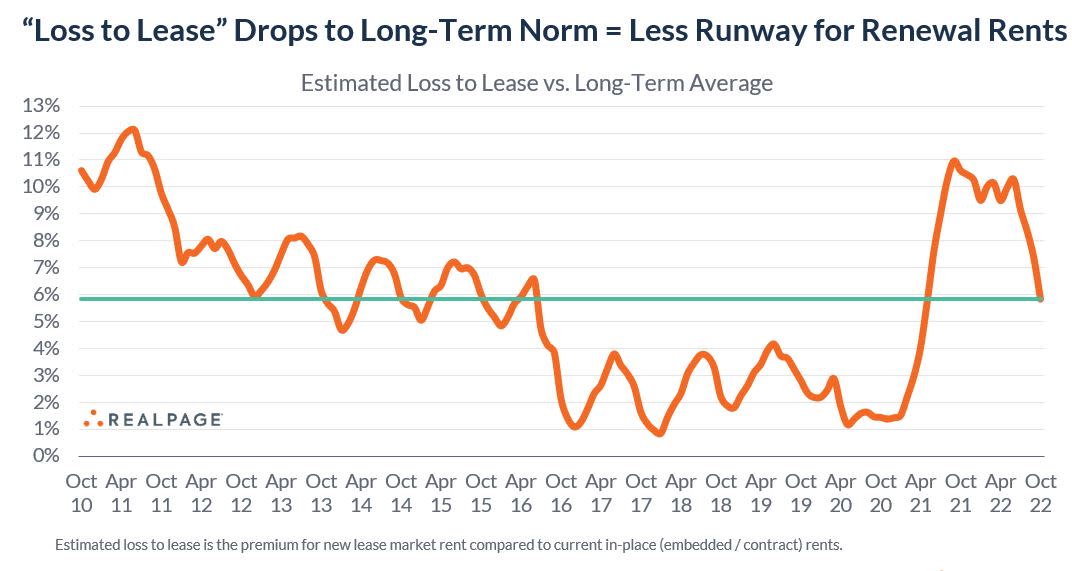 Data from RealPage shows that the loss-to-lease premium — the difference between new rent contracts on the market and existing ones — dropped from 9.4% in June to 5.8% in October as pressure from the broader housing market worked to decelerate new lease rents and accelerated renewals.

Looking forward, the shift in the loss-to-lease premium adds up to three things, Parsons wrote.

First, renewal rent increases will ease significantly going forward. Second, CPI’s shelter index lags for both new leases and embedded rents. And third, there’s some upside for real estate investors as cap rates will have to expand given higher rates and a lower loss-to-lease ratio.

“As that gap narrows…there's less runway for a renewal," Parsons said. "You can't increase your renewal rents above the market rent” as it would incentivize renters to move out or look elsewhere.

Download the Yahoo Finance app for Apple or Android