In the wake of a Democratic National Convention that emphasized the party’s demographic diversity and what dozens of speakers characterized as President Trump’s personal and political racism, Republicans fired back on the first night of their own convention by showcasing four Black Trump supporters.

Former United Nations Ambassador Nikki Haley, who is Indian-American, assured the convention that “America is not a racist country,” and keynote speaker Tim Scott of South Carolina, the only Black Republican in the Senate, capped the evening by declaring that Republicans “don’t give in to … the radical — and factually baseless — belief that things are worse today than in the 1860s or the 1960s.”

Together, they attempted to erase the DNC’s bleak portrait of Trump’s record on race, instead depicting America’s Democratic-led cities as places full of “abandoned buildings, liquor stores on every corner, drug addicts and guns on the street,” as Klacik put it — and the president himself as Black Americans’ best hope for racial progress.

Speakers cited bills on criminal-justice reform and funding for historically black colleges and universities, both bipartisan initiatives that Trump signed. But much of their case rested on Trump’s economic policies, especially tax cuts, whose benefits, Republicans have long claimed, ultimately trickle down to working-class Americans of all races. (Mainstream economists mostly disagree.)

“Growing up in the Deep South, I have seen racism up close,” Walker said. “I know what it is. And it isn’t Donald Trump.”

There was only a passing mention of George Floyd, the Black man killed in police custody in Minneapolis, touching off nationwide protests and a sweeping reassessment of American race relations, or other cases that received national attention this year. 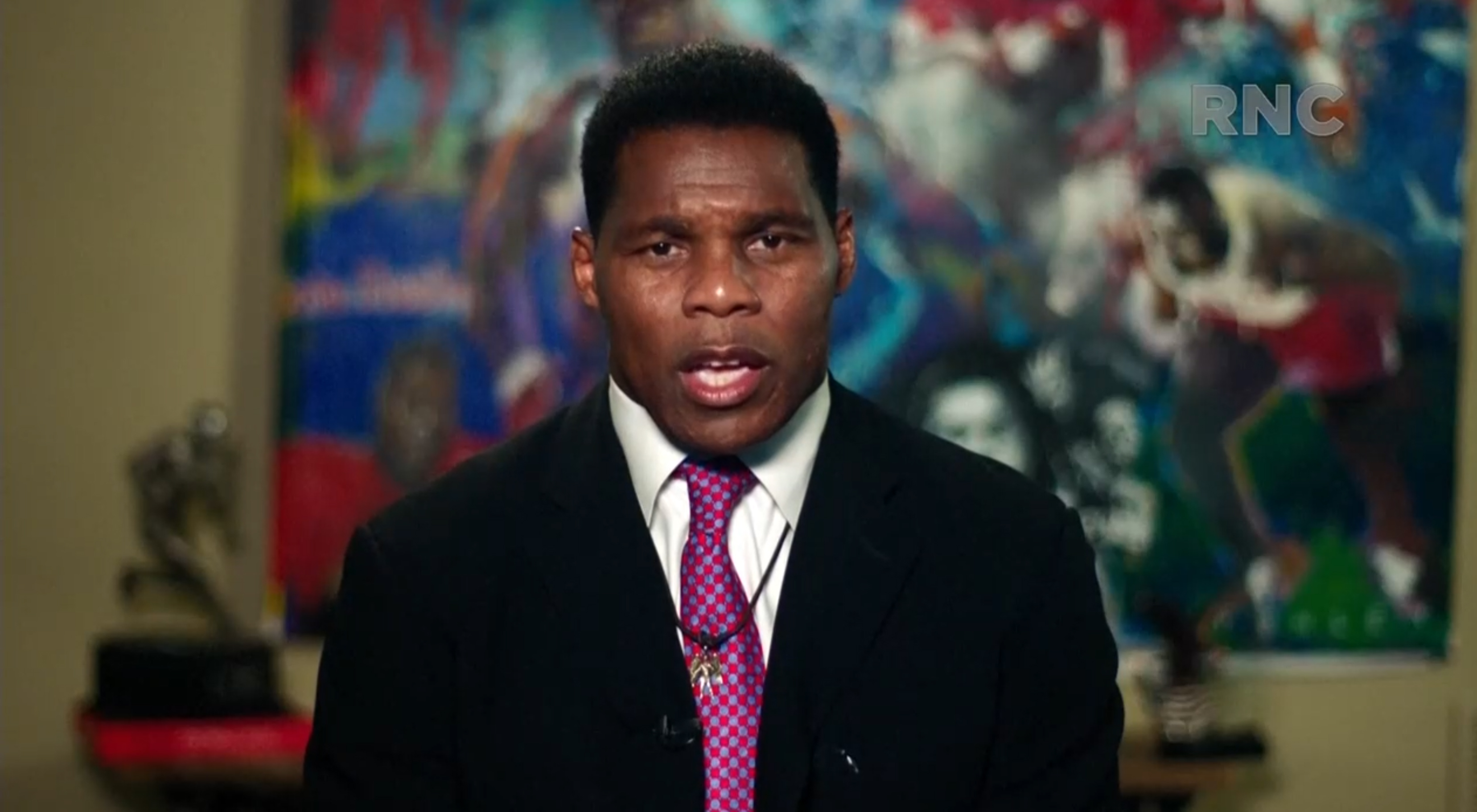 Mark and Patricia McCloskey, the white St. Louis couple who were arrested after aiming guns at nonviolent Black Lives Matter protesters outside their house, also had a speaking slot.

The problem, according to Jones, is Democrats like Biden who have “had 47 years to produce results” but have instead delivered “all talk and no action.”

“I’m here to tell you that Black voices are becoming more woke and louder than ever,” Jones proclaimed. It’s “the Democratic Party,” he said, that is “infected with a pandemic of intolerance” and “bigotry.”

Yet despite Jones’s assertion that he is part of “a large and growing segment of the Black community who are independent thinkers” and “believe that Donald Trump is the president that America needs to lead us forward,” polls consistently show Trump has terrible approval numbers among Black Americans.

Why, then, the focus on Black Trump supporters? Though Trump’s 2020 campaign has held regular “Black Voices for Trump Real Talk” streaming events, the RNC lineup may have less to do with converting Black voters and more to do with discouraging them from turning out for Biden — while also reassuring white suburban swing voters that supporting Trump doesn’t make you a racist.

In 2016, fewer Black voters showed up for Hillary Clinton than had cast ballots for Barack Obama four years earlier in key states such as Wisconsin, which helped Trump eke out his narrow Electoral College victory. “Many Blacks didn’t go out to vote for Hillary because they liked me,” Trump said after the election. “That was almost as good as getting the vote, you know, and it was great.” 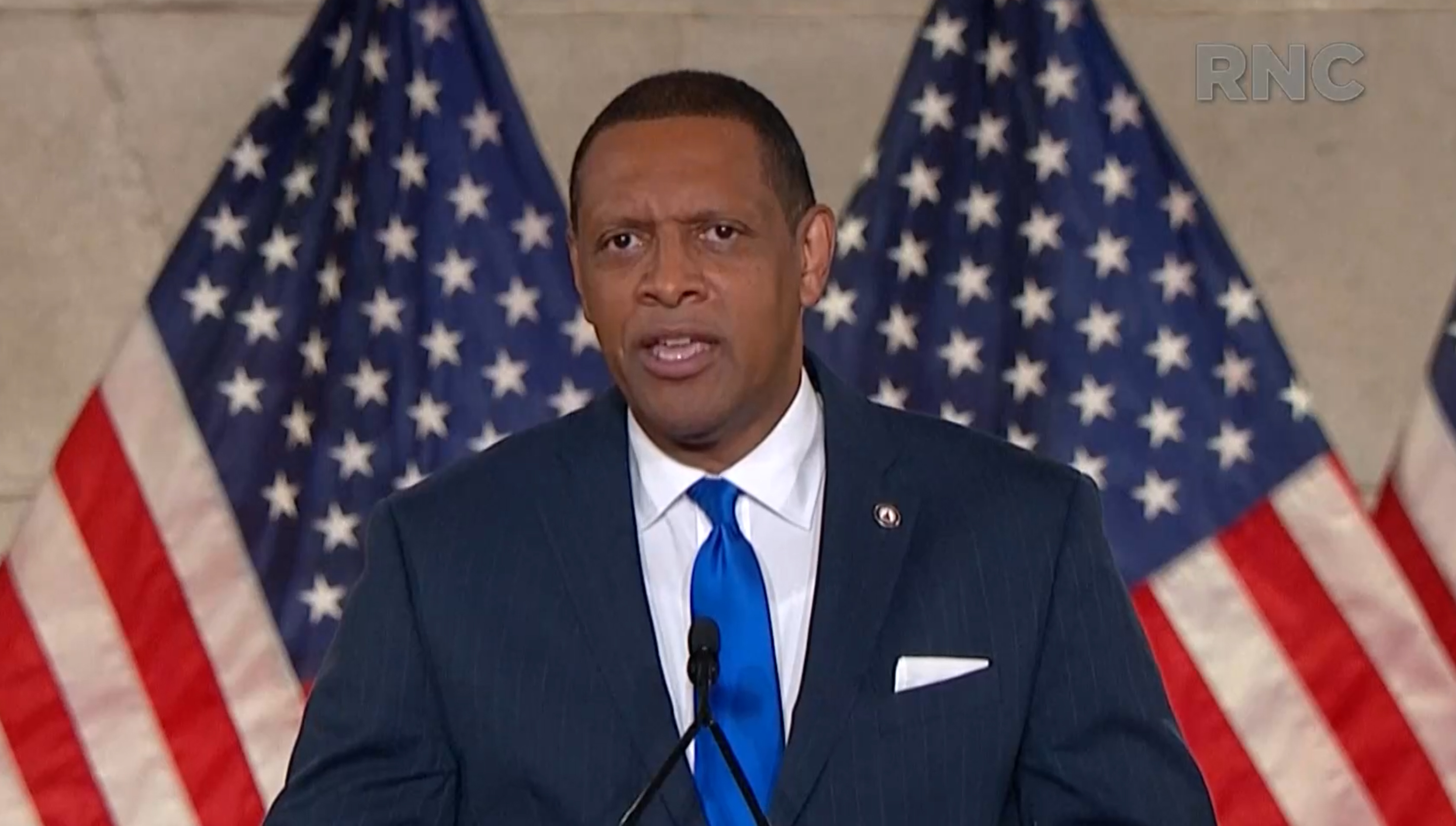 “Joe Biden believes we can’t think for ourselves — that the color of someone’s skin dictates their political views,” Klacik said Monday. “We’re not buying the lies anymore — you and your party have ignored us for too long.”

In April, Klacik lost a special election to replace the late Rep. Elijah Cummings in Maryland’s 7th District by nearly 48 points. She is attempting to win the Baltimore-area rematch against U.S. Rep. Kweisi Mfume this November in a district considered safely Democratic. Her 2.5-minute campaign ad, which was retweeted by Trump, was viewed more than 10 million times and concluded with the statement “Black people don’t have to vote Democrat,” although she lost the Baltimore City portion of the district by nearly 90 percent.

Jones is a state legislator in Georgia who previously served as DeKalb County CEO and has endorsed Trump for reelection. After the April endorsement, Jones announced that he was resigning his seat before reconsidering and saying he would serve out the remainder of his term. Jones worked with Republicans in the legislature, including on a bill to crack down on undocumented immigration. In 2008, he was rebuked by then-presidential candidate Barack Obama for a doctored mailer that made them look as if they were onstage together. Earlier this year, he was accused by a city councilwoman of making transphobic comments. The last time Jones ran for countywide office, he lost by a wide margin amid an electorate that is majority Black.

Walker, the former football star, played for the USFL New Jersey Generals in the mid-1980s when they were owned by Trump.