Four people died and another eight are missing after the powerful weather system lashed the Alpes-Maritime region, in the south of the country. In addition, no word has been received from another 13 people who the authorities say are likewise “presumed missing”.

Firefighters and soldiers were deployed for rescue missions and debris-cleaning operations with four villages initially left cut off.

Eletricity supplier Enedis was working to restore power after the storm – but the powerful CGT union was less than impressed with arrival of the French President.

Mr Macron began his visit at the village of Tende and Breil-sur-Roya before finishing up at Saint-Martin-Vesubie. 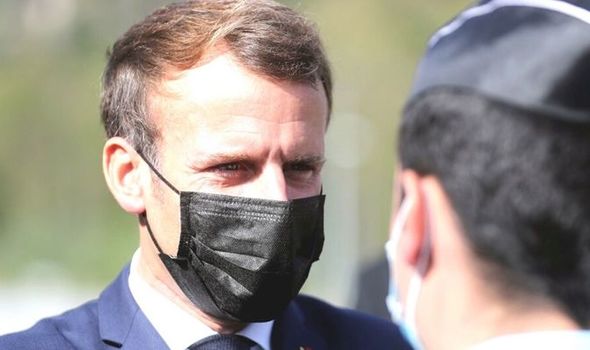 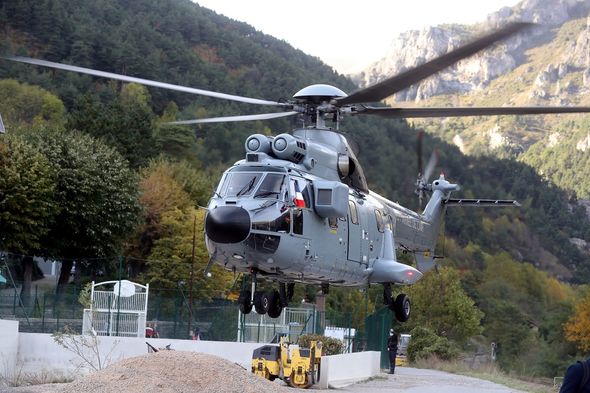 He travelled from site to site using air force helicopters.

During the presidential flights, authorities decided to limit access to airspace.

The CGT union was less than impressed, suggesting rather than helping, Mr Macron had had just got in the way. 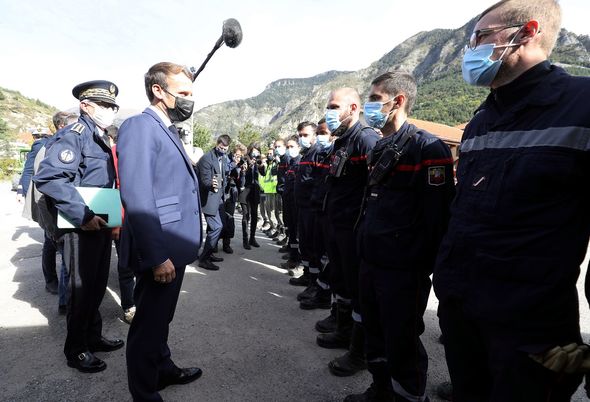 “The latter, who claims to be in support of the victims, would do better to let the electric utility do its job. 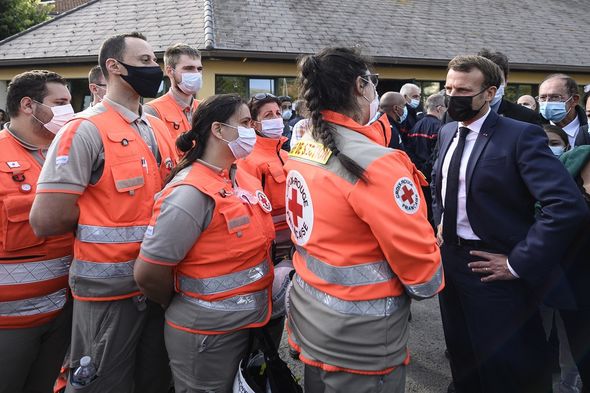 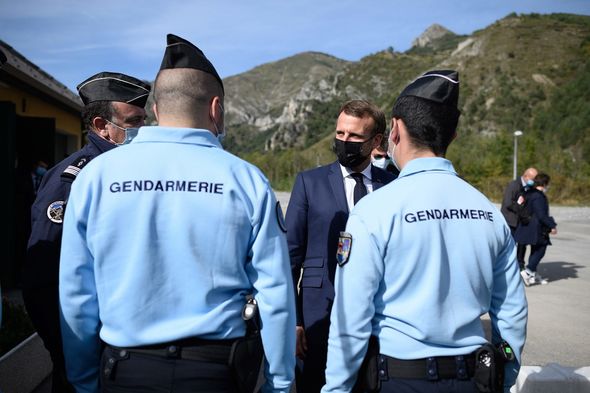 “After a fierce battle by the management of Enedis Cote d´Azur, the prefecture only authorised an intervention to help 800 users.”

The company added: “No civilian helicopter will be able to carry out its mission successfully today. It is forbidden to fly over the valleys because of an official visit.” 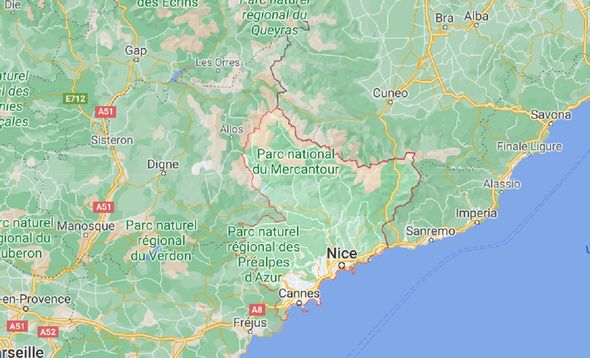 One insider, speaking on condition of anonymity, told broadcaster France 3 Cote d’Azur: “We are nailed to the ground.

“We had to bring down all the people who intervened in the valleys – it is disgusting.”

Another, unnamed, public official said: “It is understandable that air traffic can be controlled or stopped during a presidential visit.

“But not throughout the afternoon and in all the valleys!” 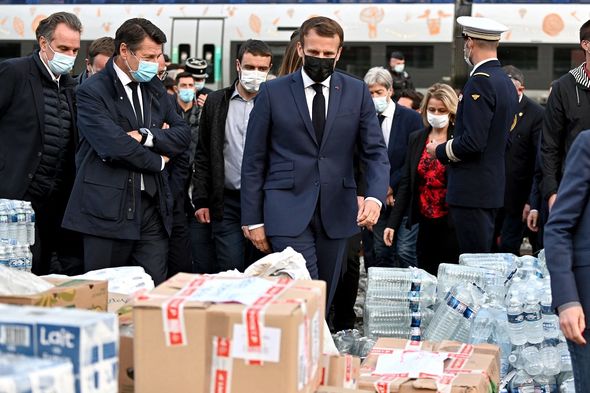 The incident will do little to dispel suggestions that Mr Macron is aloof and out of touch with the French people.

Speaking last month about Mr Macron’s response to the coronavirus pandemic, Dr Joseph Downing, a fellow in nationalism at the London School of Economics,told Express.co.uk: “Some leaders in a disaster situation can become more popular and acceptable.