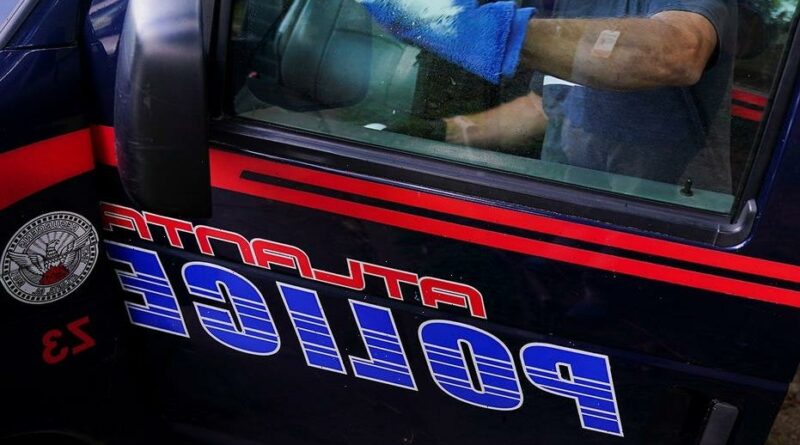 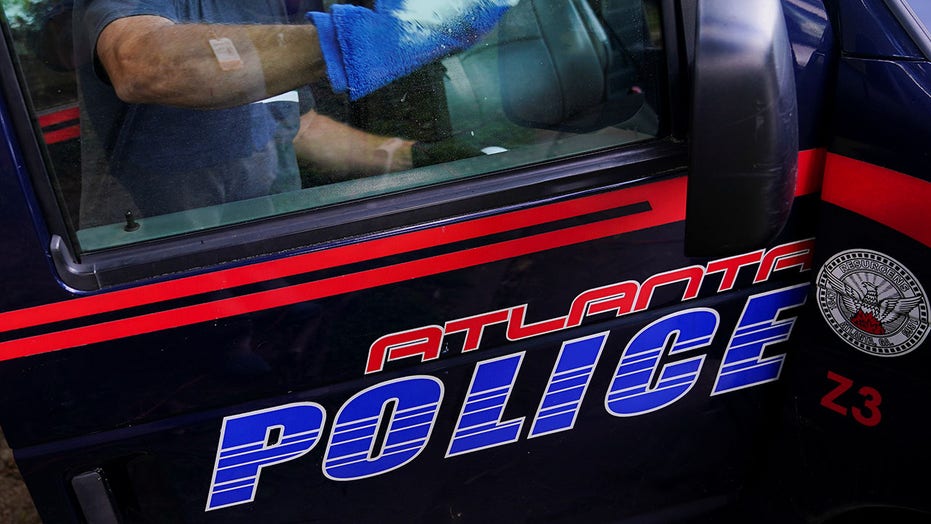 Tyrone Dennis joins ‘Fox & Friends’ to discuss his decision to return to his St. Louis school district and work on improving police-community relations.

A seemingly unprovoked weekend violence spree through Atlanta’s ritzy Buckhead neighborhood has highlighted what area officials see as a need for more security and public safety protocols, as the recent crime jump has made some residents too scared to even pump gas at certain places, Fox News has learned.

On Thursday, the Buckhead City Committee, formerly the Buckhead Exploratory Committee, will be demanding emergency hearings as part of its ongoing effort to become a separate entity from the city of Atlanta, said Bill White, the group’s CEO and chairman.

“Given everything that’s been going on here, it’s getting worse and worse and worse,” White told Fox News on Wednesday. “So what we’re doing because of the murders going through the roof and the attempted murders, and the lack of leadership and nothing changing – the insanity continues – is we’re demanding emergency hearings on our cityhood bills.”

White continued: “I say we have three major issues and that’s all we have … crime, crime and crime.”

Just this weekend, 41-year-old Andrew Worrell was one mile into his three-mile walk when he was shot twice by a driver who then fled the scene.

Worrell, a father of three young children, was walking in his neighborhood around 8:35 a.m. Saturday when a silver Hyundai sedan rolled up to him, according to police and his wife, Anne Pearce Worrell.

“The very tinted window rolled down and the guy pointed a gun at him and shot him,” Pearce Worrell wrote in a Facebook post after the shooting.

The gunman, identified by authorities as 22-year-old Gaelen Newsom, first shot Worrell in the leg, then fired another round as “Andrew turned to run,” Pearce Worrell wrote. The second shot went through Andrew’s hip and into his ball-and-socket joint, then into his lower abdomen before landing in his right hip, she continued.

Newsom then shot off a third round toward Andrew, but missed, she continued. He fled the scene, but Worrell was conscious and was able to provide investigators with a description of his attacker, police said.

Two other joggers were shot at in the area around that time of the shooting, though no one else was injured, police said.

At a news conference later that day, Deputy Atlanta Police Chief Charles Hampton Jr. said Newsom went on to crash into and seriously injure a man in his 20s who was taking out the trash. The victim has since had to undergo at least one surgery for his serious injuries.

Newsom was taken into custody roughly one mile away from the initial shooting, at the scene of the crash, police said. He was charged late Saturday with murder/criminal attempt to commit murder and three counts each of aggravated assault and possession of a firearm during the commission of a crime.

Then, on Sunday afternoon, a man was shot at the Intercontinental Hotel in Buckhead, police said. The victim was rushed to a local hospital in critical condition, but could not be saved. His brother was later charged in connection with the man’s death, cops said.

As for Buckhead specifically, which is Atlanta Police Department’s Zone 2, murders year-to-date were up 40% as of May 29, with seven this year and five in 2020, statistics show. That’s a 133% increase from the three reported at the same time in 2019.

But murder jumped 200% in the most recently available 28-day period, with two reported in this year compared to the zero reported during the same period in 2020. 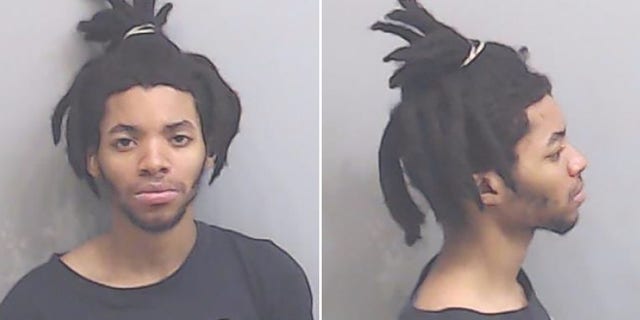 The latest police statistics do not include last weekend’s gun violence.

“People believe truly that this is an emergency – that’s the message I’m getting – and that we are living in a war zone,” White continued to Fox News. “My friends, will not go to the gas station to pump gas, especially if they have the children in the car.”

As part of the Buckhead City Committee’s efforts to divorce from Atlanta, White said its leaders plan to create their own police force to focus on the concerns of the community.

“You will never hear us knocking the police. It’s not their fault,” White said, as he described how the number of officers assigned to the jurisdiction was insufficient. He said it creates issues for the residents, such as that 911 calls placed in Buckhead aren’t being answered adequately. “It is life threatening. It is unfathomable.”

When asked about the public perception of Buckhead’s quest for more cops and policing amid a time when some in the nation are calling for police budgets to be cut, White said the anti-police efforts are falling on “deaf ears.”

“The diverse community of Buckhead hears that and says, ‘Go to hell’ … I’ve talked to communities in Atlanta, leaders and, you know, really hard crime areas in Atlanta … The only thing they’re telling me and begging me to help them with is more police, not less police,” he continued. “The thing with crime is it’s colorblind. It’s hitting Black people, it’s hitting White people … this has nothing to do with politics.”

In December, Buckhead cited a Bloomberg report in announcing that it had been identified as one of the “100 wealthiest zip codes in the country.” It was the only Georgia zip code to make the cut.

The Buckhead City Committee’s aspirations are not the neighborhood’s only efforts toward improving public safety in the community. 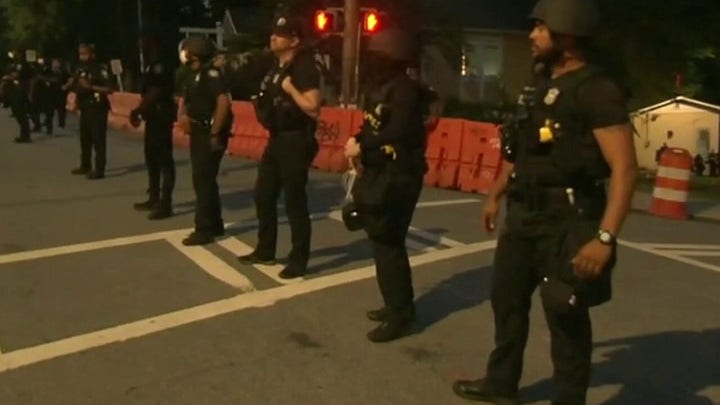 In December, the Buckhead Community Improvement District (BCID) unveiled its “Buckhead Security Plan,” calling it “a blueprint for addressing rising crime in Buckhead.”

The plan does not suggest Buckhead have its own police entity, but does call for long- and short-term actions that include procedural changes and strategies to target and thwart the crime uptick. It targets areas of crime such as street racing, “party house” offenses and overcrowding at local establishments, and also “aims to increase support for hiring, training and retention of APD officers to achieve a full force.”

“We are taking action to reverse recent trends in crime, hold lawbreakers accountable, and restore citizen confidence that Buckhead is safe and secure,” Jim Durrett, president of Buckhead Coalition and BCID’s executive director, said in a statement at the time. Durrett was not available to speak to Fox News on Tuesday.

The security plan was a collaborative effort by the Buckhead Coalition, the Atlanta Police Foundation and City Council Members J.P. Matzigkeit and Howard Shook, among others.

Some of the recent public safety improvement efforts include acquiring the necessary funding for three patrol vehicles to canvass the neighborhood, creating a weekday bike patrol program, hiring officers to monitor the area and bolstering its network of security cameras.

Speaking to Fox News on Tuesday, Councilmember Shook said crime has been one of the top three issues during his 20 years representing District 7, which covers Buckhead. He also formerly chaired the Buckhead Neighborhood Alliance.

“I can tell you that crime, traffic and taxes are numbers one, two and three that I hear from constituents. The order of one to three varies from year to year. The spread usually is not as wide as it is now – pretty much the only thing I hear about is crime,” Shook said. “And then you drop way, way, way down to the number two concern, which is infrastructure.”

The Buckhead Security Plan was brought into motion roughly a year and a half ago, after what Shook called the start of the neighborhood’s “unprecedented spike in crime.”

“That led the business community to come together and pledge themselves to putting private dollars into beefing up what everyone knows is an understaffed police force citywide,” he said. “Buckhead is a huge commercial node. It’s arguably one of the biggest retail entertainment nodes in the southeast. And what was going on just hurt everybody, by reputation and physically.”

He said he’s not disputing that crime in other parts of the city is statistically higher than in Buckhead, but stressed that data show crime has gotten worse.

“My constituents don’t compare Zone 2 crime stats to Zone 5 crime stats. They are human beings. They compare how they feel now about crime and how they think they remember feeling about crime 10 years ago,” Shook said. “And I will tell you, statistics bear out the fact that their instincts and feelings are correct. Things are much worse here, relatively speaking, than they were 10 years ago.”

He later added that the increased local crime “colors what we think, how we feel. I can tell you it impacts daily routines, routes of travel, which gas stations you go to. Yeah, I think there’s a lot of impacts.”

If you’ve got a tip, you can reach Stephanie Pagones at [email protected]