The former Chief of the Defence Staff, 79, who is Colonel of the Life Guards, is being “well looked after,” according to aides. 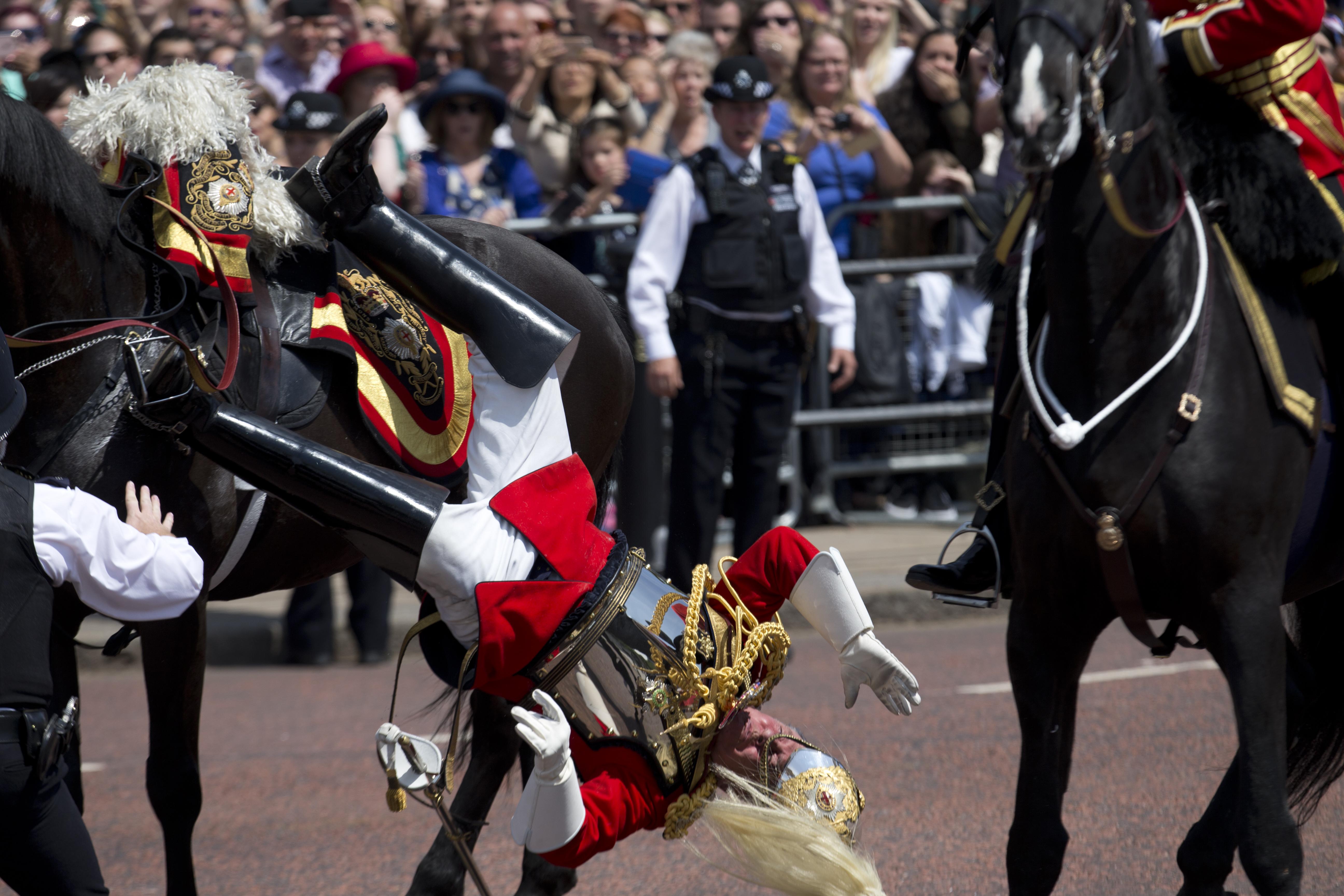 The Ministry of Defence confirmed he was “receiving medical attention”.

He was initially treated at the scene, on The Mall, but has since been taken to hospital.

Lord Guthrie, whose full name is Charles Ronald Llewelyn Guthrie, was the Chief of the General Staff, the professional head of the British Army and eventually the Chief of the Defence Staff until his retirement in 2001 – the most senior figure in the Army.

The fall slightly delayed the appearance of the Queen, who is celebrating her official 92nd birthday today.

As the royal family lined up on the balcony of Buckingham Palace Savannah Philips, daughter of Princess Anne's son Peter, kept Prince George in check as they joined the Royals 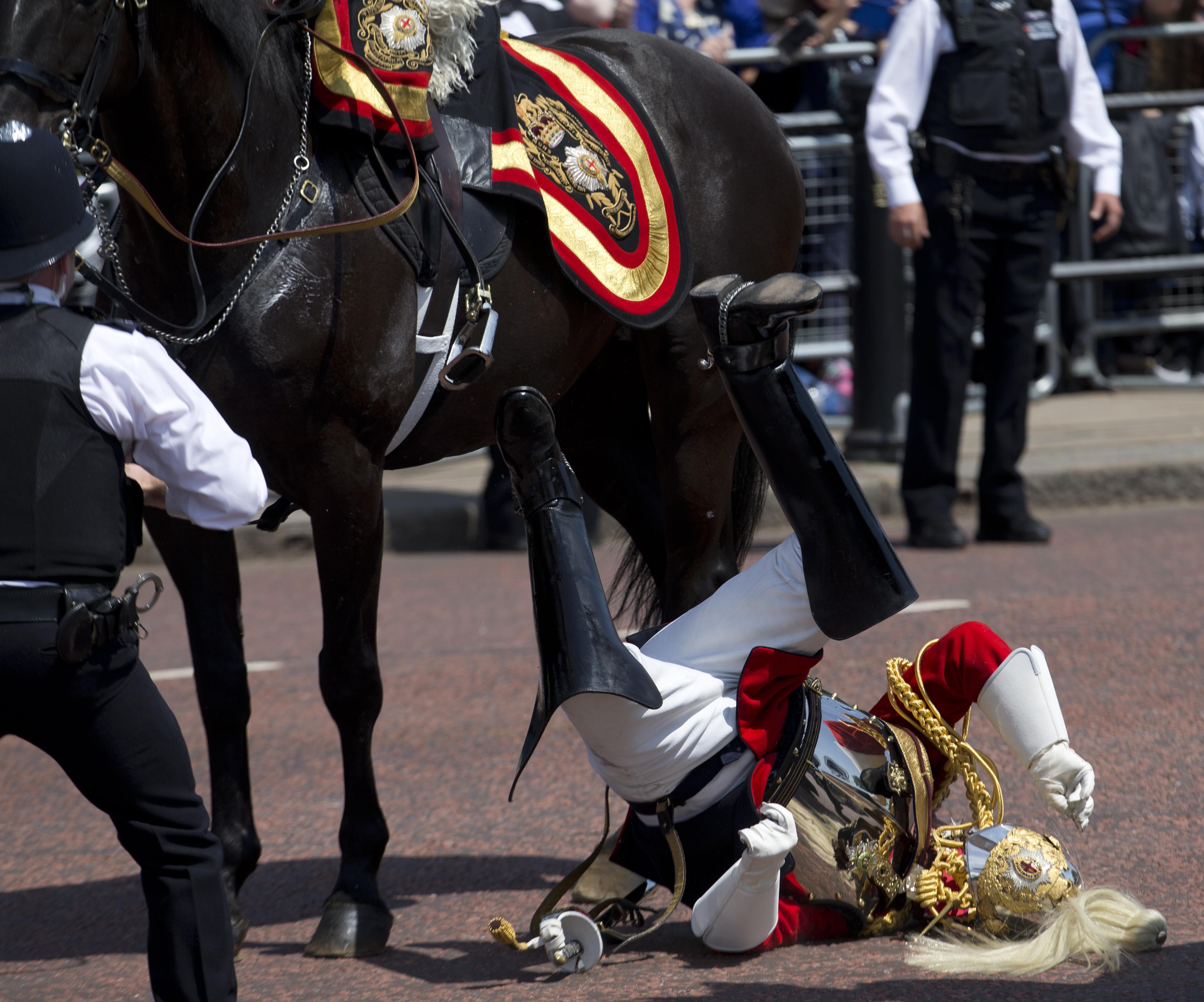 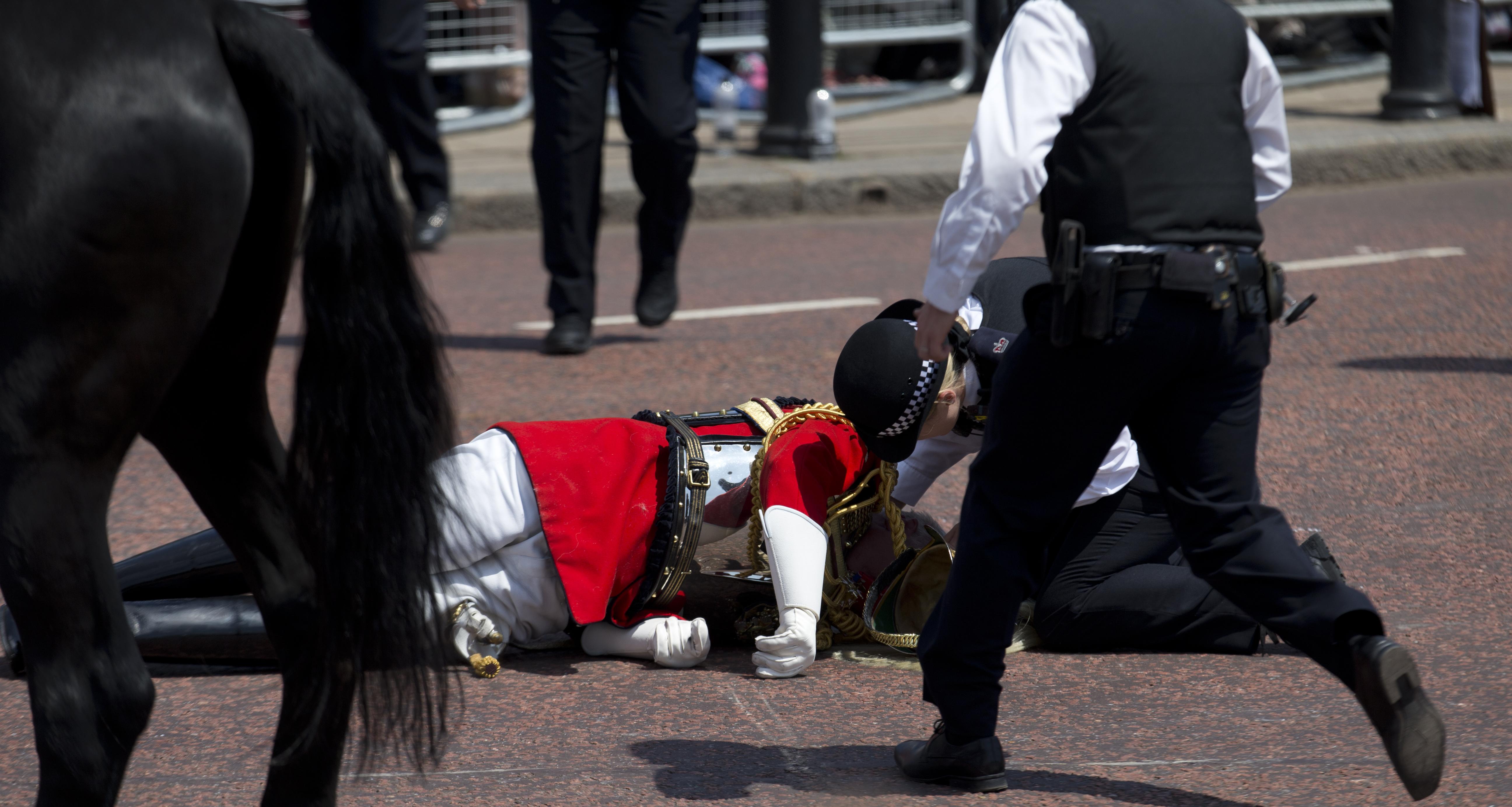 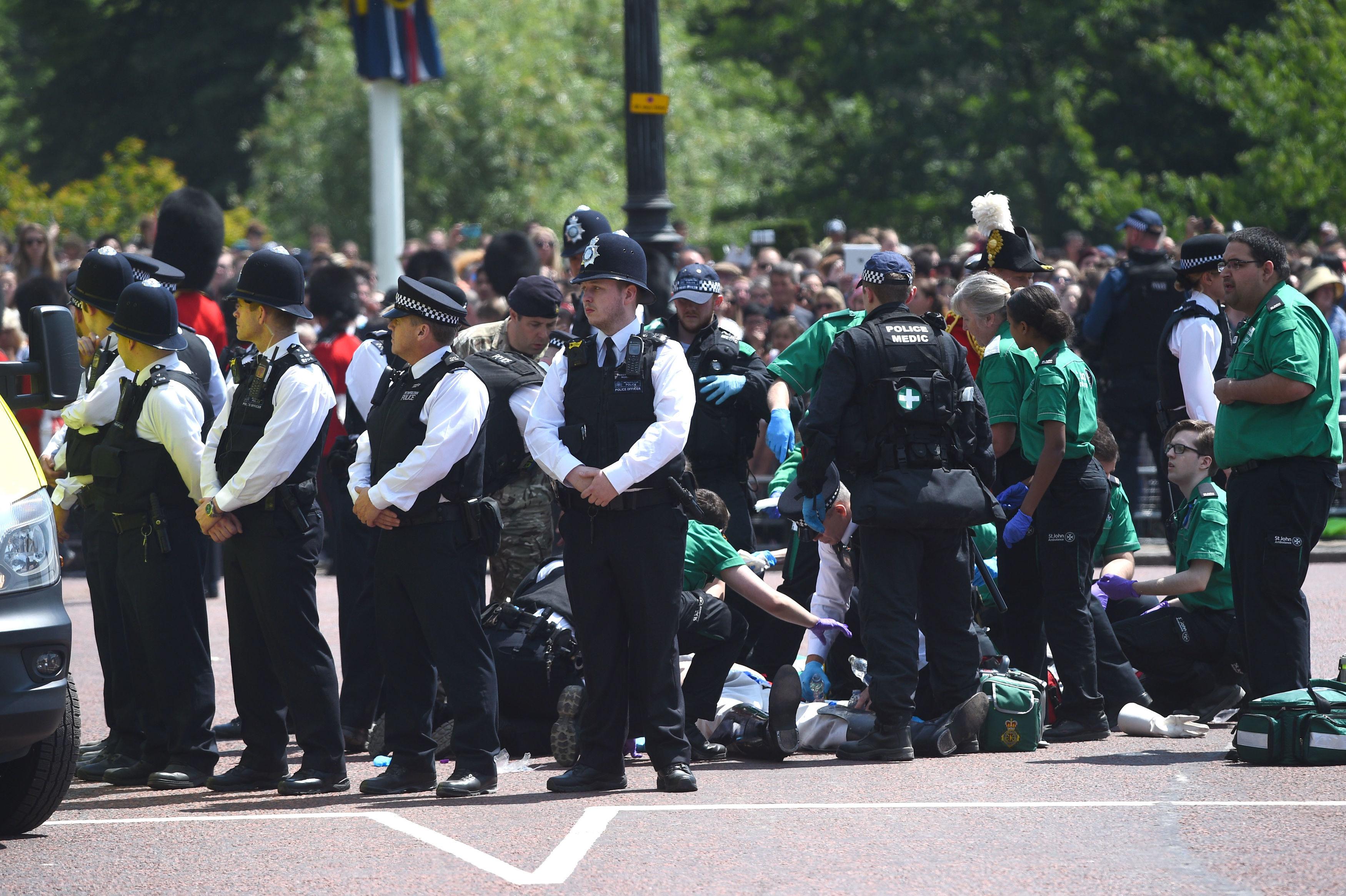 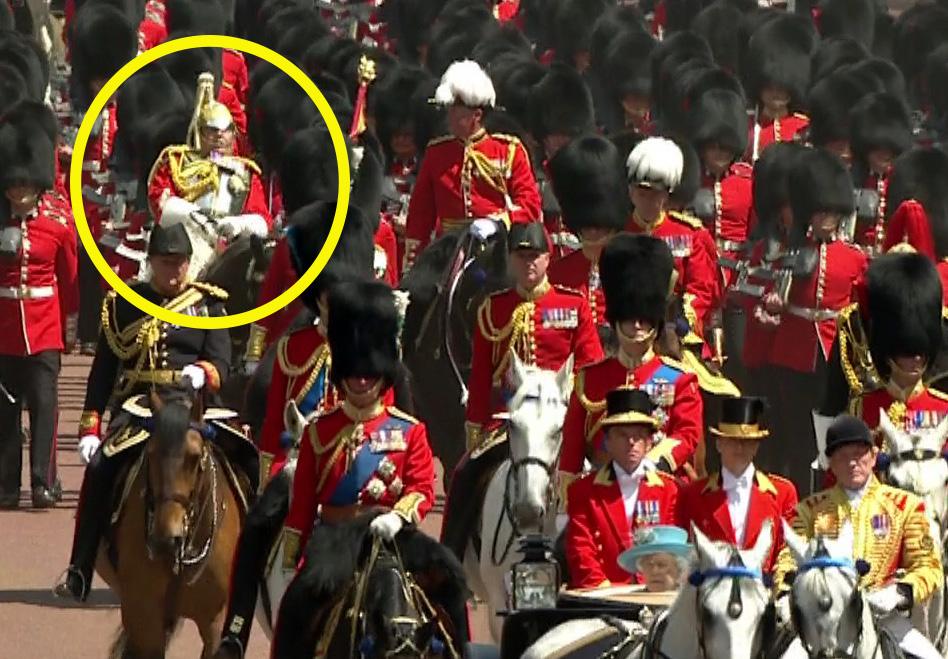 Lord Guthrie was involved in military operations in Northern Ireland and also advised the government during the Bosnian and Kosovo wars.

In July 1993, he became Aide-de-camp general to the Queen before being made Chief of the General staff a year later. 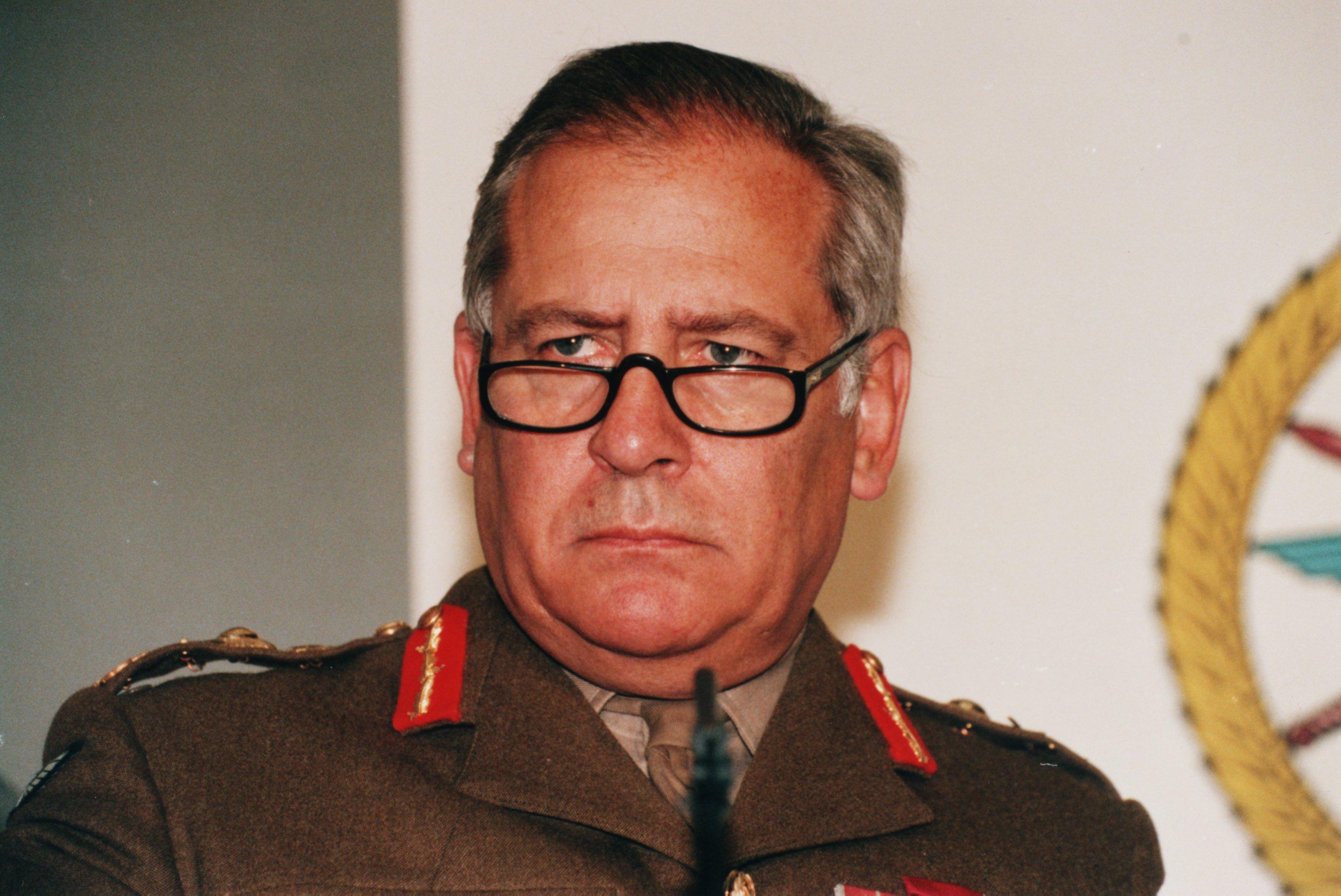 He was then advanced to a Knight Grand Cross (CGS) of the Order of the Bath in the Queen's Birthday Honours list.

As CGS, he was responsible for providing strategic military advice to the British Government on the deployment of troops for the Bosnian war.

He went on to become Chief of the Defence staff in April 1997, when he then gave the government advice on operations during the war in Kosovo.

The soldier also warned against a British invasion of Zimbabwe against Robert Mugabe.