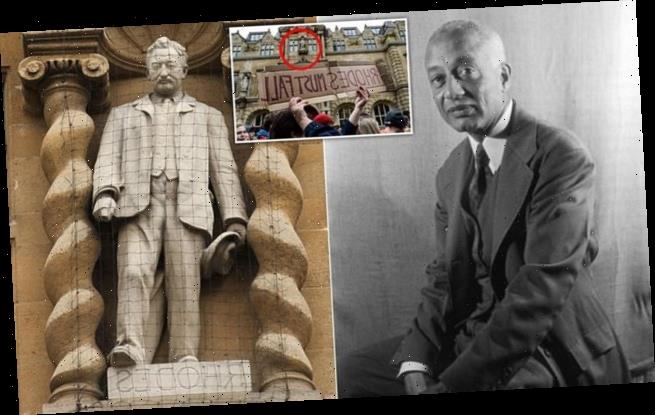 Is Cecil Rhodes set to stay after all? Oxford is poised to keep its controversial statue… but imperialist could be joined by tribute to black philosopher 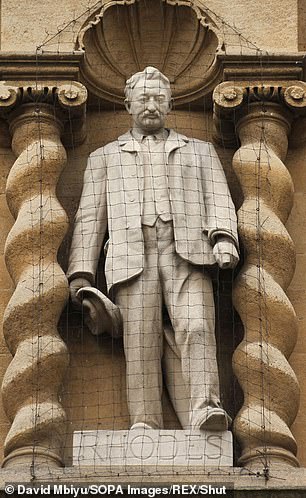 A controversial monument to the imperialist Cecil Rhodes may be allowed to remain at Oxford University – in a compromise deal which will see him joined by a black philosopher.

Governors at Oriel College said last year they wanted to remove the statue, after a long-running campaign was given a boost by widespread Black Lives Matter protests.

However, they fear the move might now be blocked by new laws protecting historic monuments.

An independent commission set up to examine the legacy of Rhodes is said to be considering a new tribute to the first African-American to win a Rhodes scholarship to Oxford as a concession.

Alain LeRoy Locke is viewed as the ‘father of the Harlem Renaissance’, a cultural movement in the 1920s and 1930s that championed black intellectual and artistic production.

He was denied entry to several Oxford colleges because of racial prejudice before eventually being admitted to Hertford College in 1907 under the Rhodes scheme.

The scholarship was set up in 1902 through Rhodes’s will to enable ‘outstanding young people from around the world’ to study at Oxford.

However, the mining magnate, who founded Rhodesia in southern Africa, is a controversial figure who believed in white supremacy.

Sources told the Daily Mail that officials are believed to be looking at commemorating Mr Locke.

Another option the commission is said to be exploring is the possibility of relocating the Rhodes statue to Oxford’s Pitt Rivers Museum. 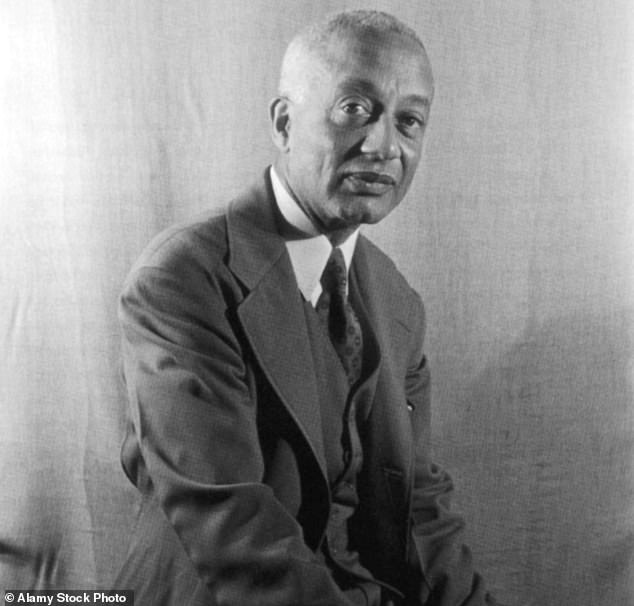 Large protests have been held outside Oriel’s Rhodes Building, on the facade of which the statue stands, 50ft above the street.

The statue has come to symbolise the ‘culture wars’ which have seen scores of monuments with links to slavery removed in the wake of the worldwide Black Lives Matter protests.

But a number of dons at Oxford have already vowed to block its removal and have threatened to refer matters to the Communities Secretary Robert Jenrick, who is fast-tracking new laws to protect generations-old monuments.

The legislation – which follows the toppling of slave trader Edward Colston’s statue by protesters in Bristol last summer – will mean full planning permission is required before any historic monuments can be removed.

It would allow the Government to intervene and ensure the law was followed with a ‘retain and explain’ policy expected to be applied in most cases.

Nigel Biggar, regius professor of moral and pastoral theology at Oxford, told The Sunday Times: ‘I will be among a number of us who will appeal to the minister to intervene.

‘The commission will vote to remove the statue but I hope that Robert Jenrick will stop it. The Rhodes statue in terms of the culture wars is iconic. If that goes, all manner of things will go.’

However, another Oxford academic said: ‘We are determined to remove the statue in the teeth of a super-conservative government. Oxford has followed due process and it will not be stopped from doing this.’ 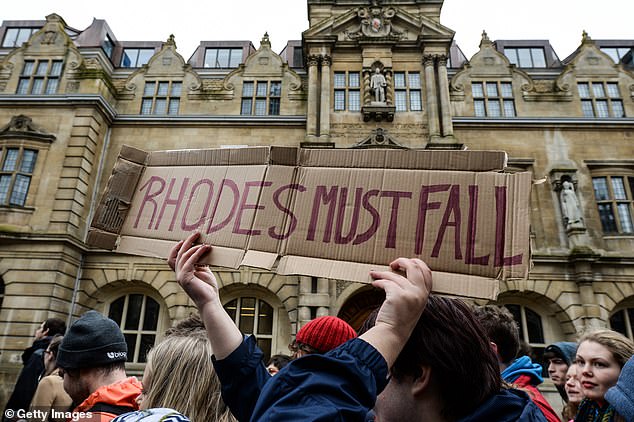 The commission was due to publish its findings last month but the report had been delayed until mid-March due to the pandemic.

It advises Oriel College’s governing body, which has voted in favour of removing the statue and will have the final say.

The independent inquiry into the monument was launched last year following the long-running ‘Rhodes Must Fall’ campaign, which started in 2015.

Other universities are taking actions on controversial statues. King’s College London has announced plans to remove statues of Robert Clayton and Thomas Guy, the founder of Guy’s Hospital, in ‘its duty to address the legacy of racism, colonialism and slavery’.

Edinburgh University has renamed its David Hume Tower in response to the philosopher’s ‘comments on matters of race’.

Cambridge University has launched its own inquiry ‘into the ways in which the university contributed to, benefited from or challenged the Atlantic slave trade during the colonial era’.

French president Emmanuel Macron is being urged to scrap celebrations for the 200th anniversary of Napoleon Bonaparte’s death because the dictator restored slavery in the colonies in 1804 after it had been outlawed there in 1794.