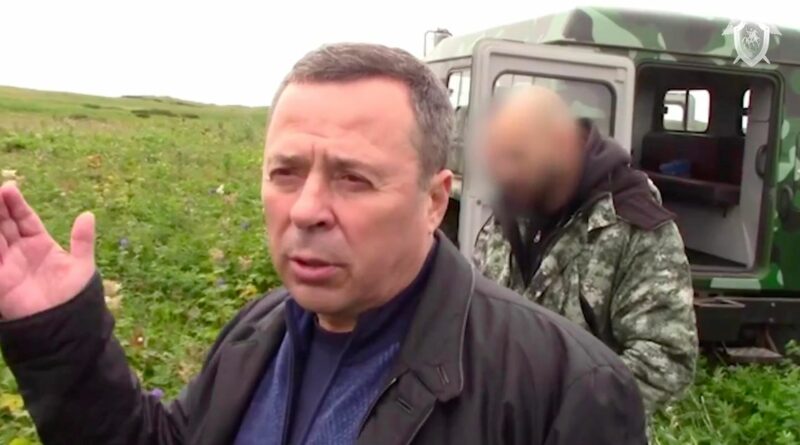 One of Russia’s richest public officials has dodged jail after shooting and killing a man he "mistook for a bear".

Igor Redkin, Russia's 20th-richest public official, fired the fatal shot after he aimed at what he claimed he thought was a brown bear scavenging in a rubbish dump.

The 56-year-old fish tycoon was captured on video saying: "I open the hatch, stand here, turn on the thermal imager and look through it.

READ MORE: Woman survived being shot in the face after being caught in crossfire between two gunmen

"The gun is ready for shooting with a thermal imager… I took aim, and hit the bear with the first shot."

The man he actually shot from the hatch of his all-terrain vehicle was husband and dad-of-one Andrey Tolstopyatov, 30, who died soon after identifying Redkin as his killer.

The victim had been at the dump gathering scrap metal in Ozernovsky village in Russia's far east when he died after being shot in the abdomen with an elite £30,000 hunting rifle.

Redkin said: "I heard that a bear, from which local residents might suffer, was wandering in the rubbish dump.

"I took the weapon and decided to scare the bear away.”

But despite the horror shooting, Redkin has now learned he will not face time behind bars.

Originally accused of "premeditated murder", which can fetch a sentence of up to 15 years, Redkin's charge was downgraded to causing death by negligence.

Now the magnate has been handed a non-custodial sentence, forcing him to live within his district and report to officials once a month.

The sentencing came after he paid a total of £410,000 to his victim's family.

The victim’s wife Lyudmila, 27, said that while her husband had been a "beacon of light" to his child and stepchild, she had no further claims against his killer after the compensation agreement.

The judge in the case believed Redkin had shown remorse, which may have accounted for the lower sentencing.

They said: "The court took into account… his active assistance in solving and investigating the crime… and moral damages paid to the victims."

Despite his lack of criminal punishment, Redkin no longer serves as an MP and has been booted from the United Russian Party, where he was formally a deputy, following the killing.

But he's unlikely to fall on hard times as made his vast fortune in the fishing and aviation industries on Russia's Pacific coast and boasts a net worth of 715.7 million rubles (£9.8m).

In 2021, Forbes' list of the richest politicians and public officials in Russia ranked Redkin at number 20.