Boy who grew up to lead England to the brink of glory: From the playing fields of an impoverished corner of Sydney to a place in the final of the sport’s showpiece event, RICHARD KAY details the unlikely journey of heroic rugby coach Eddie Jones 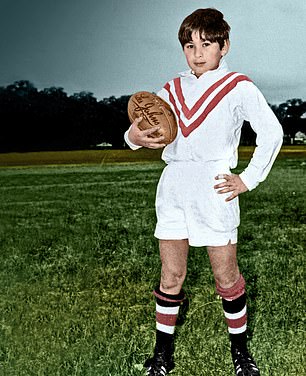 As a schoolboy the fortunes of his under-13 side often rested on the cunning of Eddie Jones. The smallest boy in the side, he was also the bravest – plunging into tackles with boys bigger and stronger and still coming up with the ball.

On Saturday a nation will be praying that same crafty skill and courage will bring England victory in possibly the greatest match of coach Jones’s life: the World Cup Final.

For his players, triumph over South Africa to lift the fabled Webb Ellis Trophy will change their lives for ever.

For Jones, now the highest paid coach in world rugby with a salary of £750,000, victory in Saturday’s match in Yokohama, Japan, will be the pinnacle of a career that has seen great victories and crushing disappointments.

The unlikeliest of sporting journeys began on the playing fields of a dirt poor corner of Sydney in the shadow of Australia’s most notorious high security jail.

‘He was small, but it didn’t faze him,’ recalls a team mate at Matraville High School. ‘It was amazing how many times Eddie would go into a maul and come out with the ball.’

Winning became a habit for the team that boasted the three Ella brothers, who would all go on to play for the Wallabies. 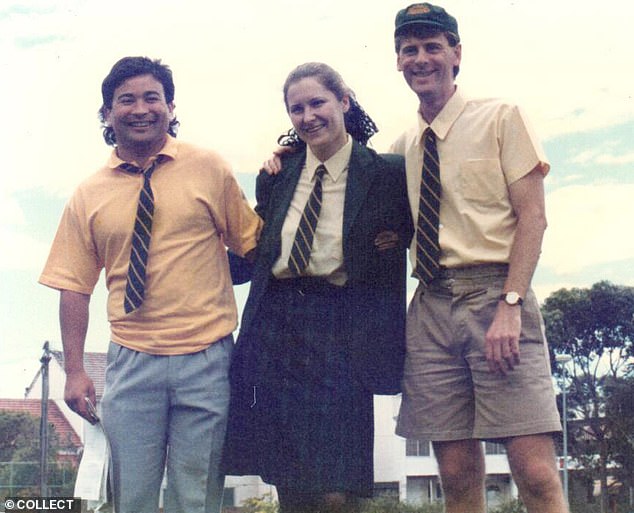 For Jones (left dressing up as a pupil with a fellow teacher in 1987), now the highest paid coach in world rugby with a salary of £750,000, victory in Saturday’s match in Yokohama, Japan, will be the pinnacle of a career that has seen great victories and crushing disappointments

Jones would instill that winning determination into the players he coached, starting in Japan where the road to this weekend’s match began in 1995 when the then 35-year-old coach quit his comfortable life as acting school principal, took a 50 per cent pay cut and uprooted his wife and two-year-old daughter to move across the world to chase a dream.

If he succeeds where England coaches have failed in the 16 years since Sir Clive Woodward led his players to world cup glory in 2003, it will be the most remarkable of odysseys.

There have been handicaps aplenty – none more so, perhaps, than his own mixed-race heritage. Born in Tasmania to an Australian father and Japanese-American mother who was interned during the Second World War, Jones struggled to fit in. Even today, it troubles him.

‘I was half-Asian, or half-Chinese as you were known back then,’ he says. ‘Most Australians didn’t know what Japanese was. When I go to Japan, I’m half-Australian. In England, I’m a foreigner.’ 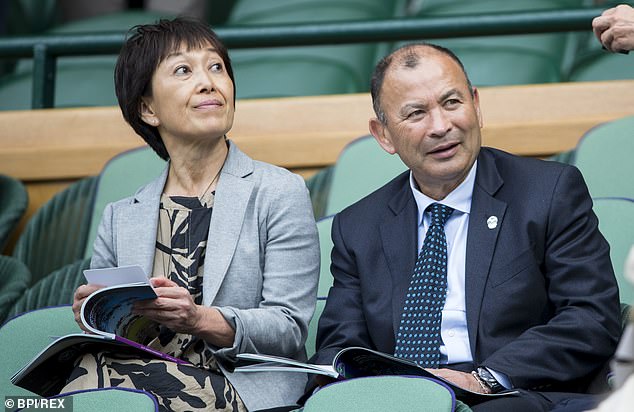 Eddie and his wife Hiroko Jones together in the royal box at Wimbledon 2017. Their daughter Chelsea was born in 1993

What makes his story even more extraordinary is that Jones, 59, is a man who has already tasted triumph and despair in rugby’s showpiece final.

When Jonny Wilkinson and Co broke Aussie hearts in 2003, Jones was coach of the losing side. Four years later he was ‘technical adviser’ to the winning South African XV.

In many ways his greatest achievement up to now didn’t include a final at all. It was his stint with the Japan national side when he coached the Brave Blossoms to an epic win over South Africa in the pool stages of the 2015 World Cup in England – a triumph that has inspired a film, The Brighton Miracle. After the tournament, he was appointed to the England job.

So who is Eddie Jones and how did he become the saviour of English rugby after the ignominy of the last world cup, when, on home soil, the team failed even to reach the knockout stages? 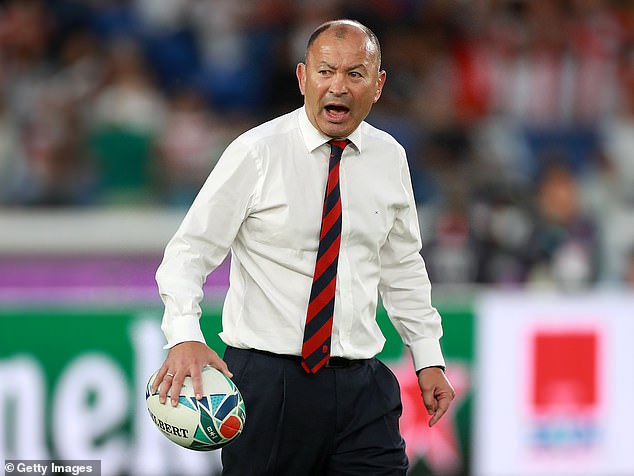 The England head coach Eddie Jones, looked on during the Rugby World Cup 2019 Semi-Final match between England and New Zealand at International Stadium Yokohama on Saturday

The story begins in Little Bay, a tough working class suburb of Sydney where Eddie’s father Ted, a professional soldier who saw active service in Vietnam, and his mother Nellie raised their Eddie and his two older sisters.

His parents had met in Japan in the aftermath of the war. Ted was part of the occupying forces and Nellie a translator.

If Jones’s resilience comes from anyone it is from his 94-year-old mother. She had spent most of her early life in the US, where her father had established a fruit growing business in Sacramento, California.

Her life changed immediately after the Japanese attack on Pearl Harbor in 1941. Rounded up with tens of thousands other Japanese, she spent the rest of the war in internment camps.

Humiliated by the experience, her family returned to a defeated Japan at the end of the war.

Later, as a young mother in a predominantly white Australian society, she refused to be cowed by racism.

Jones recalls the moment as an eight-year-old when a war veteran came to their front door to mow the grass. Taking one look at Eddie’s mother, he said: ‘I’m not mowing your lawn.’ His mother shrugged and said: ‘Looks like we will have to mow our own lawn’ and quietly shut the door.

As a rugby player first with school, then regional teams and finally with Sydney side Randwick, Jones encountered racism. Winning was the perfect riposte.

As a schoolboy he played with the brilliant Ella brothers. Jones was never capped by the Wallabies but played for them against the British and Irish Lions in 1989 and for his club against the All Blacks.

Determined to teach, he joined the staff of Sydney’s International Grammar School. He adored teaching but more importantly it was at the school that he met his wife Hiroko, who had left her job as a TV researcher in Tokyo to go backpacking.

Arriving in Sydney, she took a job as a Japanese teacher at the school to fund the next stage of her travels.

Just before she was due to leave, Eddie asked her out and her plans changed. She and Eddie were married and their daughter Chelsea was born in 1993.

It was Hiroko who inspired him to make that transformative trip to Japan in 1995. It was a crucial part of his rugby education. The way Japan had rebuilt after the devastation of war convinced him that to do something good you have to work at it.

Meticulous preparation, a punishing work ethic and relentless attention to detail was part of his coaching mantra.

Known for his dry wit, Jones polarises opinion. He was branded a traitor in Australia after his England side crushed the home of his birth in a three-Test series in 2016.

After a losing sequence of six matches – following a record-equaling 18 consecutive Test wins, he went from Messiah to clown.

But he never wavered in his belief that he could make England world champions and was dismissive of critics.

Win on Saturday and they will be making another film about the mercurial and infuriating Eddie Jones.

YG Arrested on Suspicion of Robbery Ahead of Grammy Performance

The 3 Best Flat Irons for Natural Hair, According To a Celebrity Hairstylist
Celebrities News