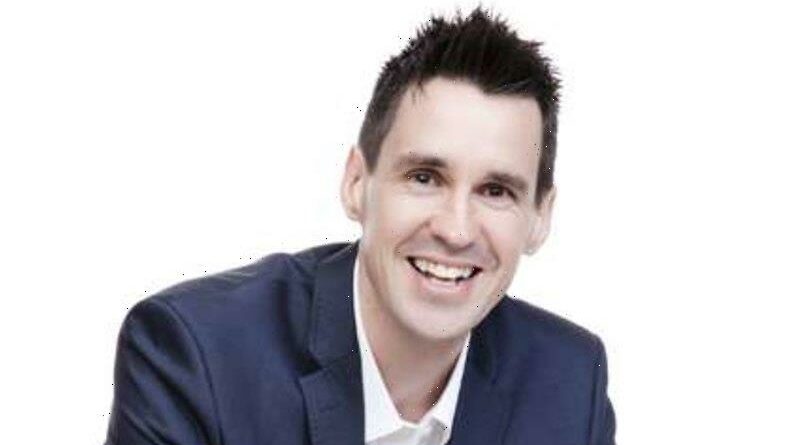 Richard Pusey, who was jailed for filming four dying police officers after a road crash, has criticised prosecutors and prison staff over claims Pusey has not been given documents in a separate ongoing case and was nearly put on a bus before a scheduled court hearing. 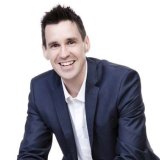 Richard Pusey is charged with using a carriage service to menace and other offences.

Pusey wore a face mask and what looked to be a towel wrapped around the top of their head when they appeared by video link from prison before Sunshine Magistrates Court on Wednesday regarding allegations Pusey posted a photo of a dying police officer in an online review for a Porsche dealership.

Towards the end of the hearing, Pusey made the unprompted claim that they almost missed the court appearance because prison staff were about to put Pusey on a bus.

“I had discussions with some clinics in Melbourne in relation to my gender reassignment surgery, and I was two seconds away from being put on a bus to spend the day running around at hospitals in Melbourne,” Pusey said. “The left hand in this place [prison] doesn’t speak to the right hand, and I’m just trying to do the best I can.”

Pusey, who did not have a lawyer and was representing themself, earlier complained they had not received the brief of evidence in the case. Pusey is accused of including an image of an officer killed in the 2020 Eastern Freeway crash in a Google review posted last month of the Porsche Centre Melbourne dealership. 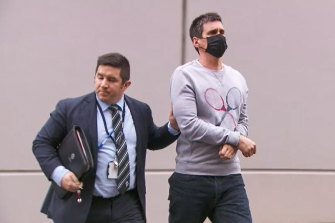 Pusey is arrested in 2020 for filming the dying police officers.Credit:Nine News

Pusey, 43, is charged with two counts of using a carriage service to menace and two of offending while on bail, and they have said they will fight the charges.

On Wednesday, Pusey said prosecutor Anthony Albore had not sent all of the brief of evidence, and that some documents had come in “dribs and drabs”. Pusey claimed four witness statements were among the missing documents.

But Mr Albore said he had delivered the full brief, except for a final witness statement that is to be handed over this week. Suggestions the brief was not passed on as directed by a previous magistrate “are not accepted by the prosecution”, he said.

When Pusey disputed Mr Albore’s position, the magistrate ordered the prosecutor to make another copy and have prison staff ensure Pusey signed for it.

“Otherwise this is going to go round and round forever,” the magistrate said.

Pusey was jailed for filming Leading Senior Constable Lynette Taylor, Senior Constable Kevin King and constables Josh Prestney and Glen Humphris when they were fatally injured after they were hit by Mohinder Singh’s truck in Kew on April 22, 2020.

The officers had pulled over Pusey for speeding. Pusey was at the side of the road when the truck hit the officers.

Pusey was released from jail last year but is now back in custody. Pusey also faces separate charges of stalking and leaving cat litter around a person’s home in 2020 and last year, and charges of assaulting police and throwing canisters of nitrous oxide at officers.

Pusey has indicated they will contest those charges.