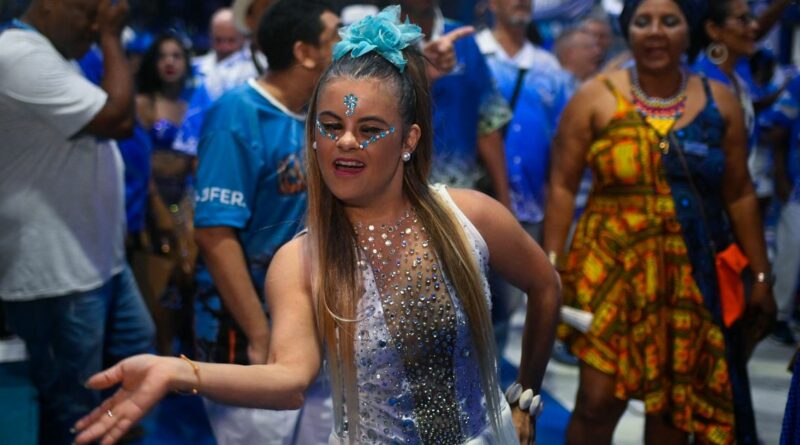 Rio de Janeiro’s famous carnival could turn into a croccy horror show – after the Brazilian city was invaded by alligators.

The four-day fiesta – which starts Wednesday and is the biggest in the world attended by two million revellers daily – will have up to 5,000 unwelcome guests.

Conservationists say caimans – alligator-like reptiles which grow up to 13ft long and weigh up to 12st – are living in rivers and lagoons across the seaside city and have started emerging from the drains.

They have been spotted strolling along streets, basking in the sunshine and even creeping into houses.

One said: "Rio has got 5,000 caimans and there’s every chance more than a few will show up to the party. It will add a little bite to the occasion.’’

The news comes after a huge 12-foot alligator was found hanging out in the master bedroom of a newly built house in Florida, before being promptly evicted.

A man installing window blinds stumbled on the alligator in the house in the plush community of Babcock Ranch, where homes sell for as much as $1.5million (£1.14million).

It took two professional trappers to pull the alligator out through a patio after the sliding doors were temporarily taken off.

Three men drag the beast into the front garden where it is loaded into a vehicle after several horrifying death rolls.

Project manager Matthew Goodwin told McClatchy News: “The wind closed the door and he was trapped. He went into every room and made his mark."

On March 23, another gator demanded attention when it lay in the middle of the road, stubbornly refusing to get out of traffic in Florida.

Walton County sheriff’s deputies arrived to find cars backed up and a young alligator lying in the road.

Finally, someone with a shovel began pushing the alligator off the road and into a nearby wooded area. The alligator was clearly not happy, turning several times to snap at the shovel.