Travellers passing through the airport were left stunned as the teams for both rappers battered each other with perfume bottles. 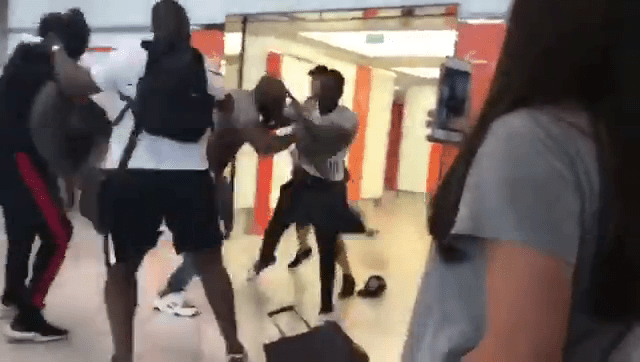 Elie Yaffa – who used the stage name Booba – and Okou Armand Gnakouri – who calls himself Kaaris – began lashing out at each other in front of horrified holidaymakers inside a duty free shop.

Police at the airport – located in the southern suburbs of the French capital – rushed to the scene within minutes as the men continues punching each other.

The brawl became so intense that Orly’s Departure Lounge 10 in Hall 1 of the west terminal was shut down for an hour, with some flights delayed or cancelled.

The duo were taken into custody along with nine members of their respective ‘crews’. 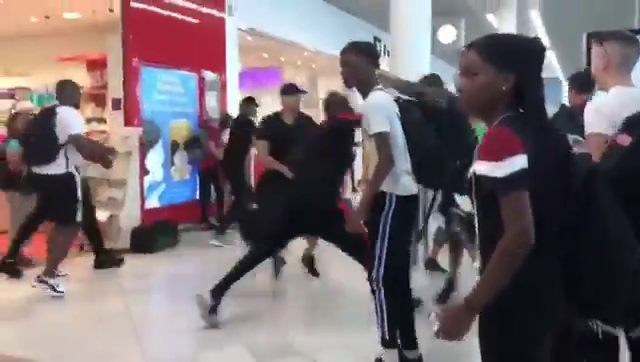 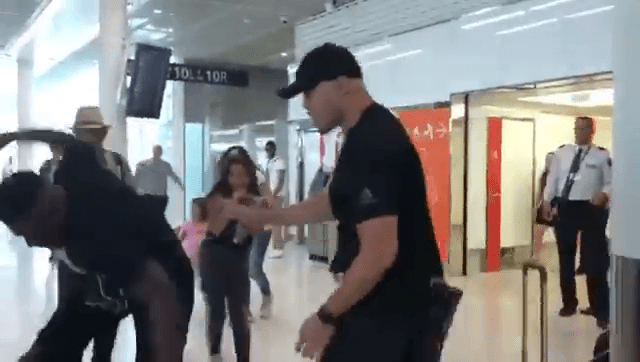 Charges for a range of public order offences could follow before the suspects are released, according to a source.

Booba, 41, and Kaaris, 38, were meanwhile prevented from travelling to Barcelona, where they were due to perform at different club gigs.

Both are bitter rap rivals, and frequently exchange angry words on social media, but this is the first time that their hatred is known to have spilled over into real life violence.

Their fighting was filmed by multiple bystanders, with many videos appearing on social platforms including Twitter and Facebook within moments

At one stage, Booba is seen with his shirt off, screaming ‘Get to hospital!”

Booba was once a mentor to Kaaris, but their professional relationship turned sour in around 2012.

In April, Booba provoked his rival by postage a montage of Kaaris’s greatest hits, saying he – Booba – was responsible for all his best work.