Shocking video footage reveals a road rage accident spiralling out of control in to a mass brawl on a quiet suburban street.

The video shows a white Volkswagen Golf smashing into the rear-end of a black hatchback on a small road in Keighley, Yorks.

The blue hatchback driver then gets out of his car and appears to yell heated exchanges to the Volkswagen driver and a furious neighbour in a grey sweater. 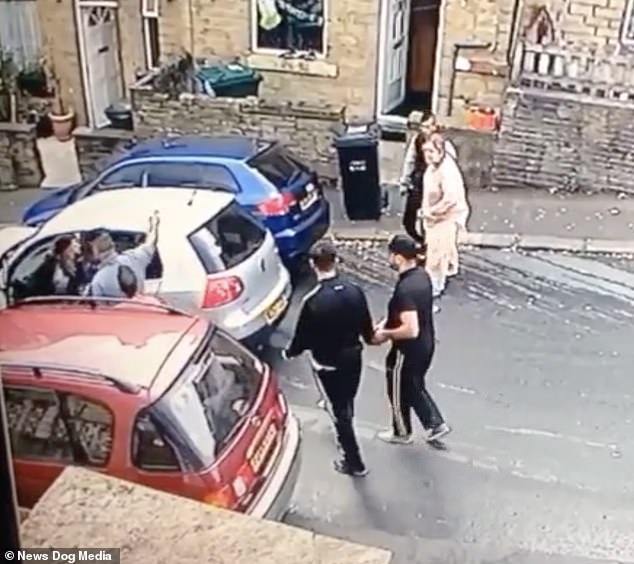 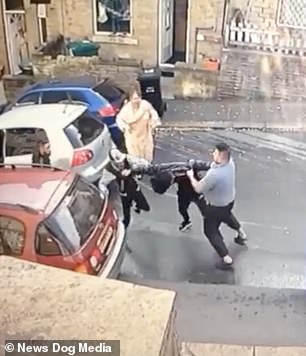 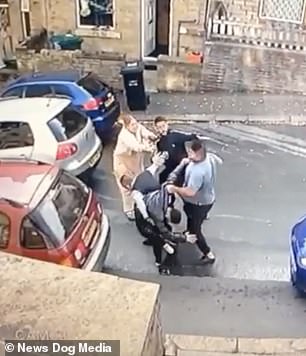 Two men (pictured, left) take the arms of the white Volkswagen driver and throw aggressive blows at him before he falls on the road’s edge (pictured, right)

Neighbours can be seen flocking to the street to see what all the fuss is about – before they too get involved in the escalating road rage brawl.

It escalates when the two men take the arms of the white Volkswagen driver and start throwing punches at him before he falls on the road’s edge.

He is then mercilessly dragged to the ground and is striked with another round of blows to his chest.

Among the uproar, a learner driver in a small blue car is perched just meters away on the side of the road.

Hilariously, the learner driver slowly reverses his car to remove himself from the escalating mass brawl.

A woman running out to the streets from her home and a man in a pink tee-shirt then come over to split up the brawling drivers.

It all ends when the driver gets back into the white Volkswagen Golf and drives off.

The bizarre footage, which was filmed by a resident from their window, has been viewed more than 40,000 views since it was uploaded on Friday. 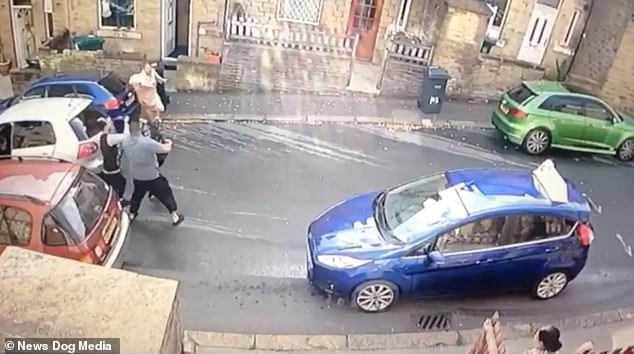 Hilariously, a learner drive in a small blue car (pictured) perched on the road’s edge – just metres away from the brawl slowly reverses his car out of the chaos 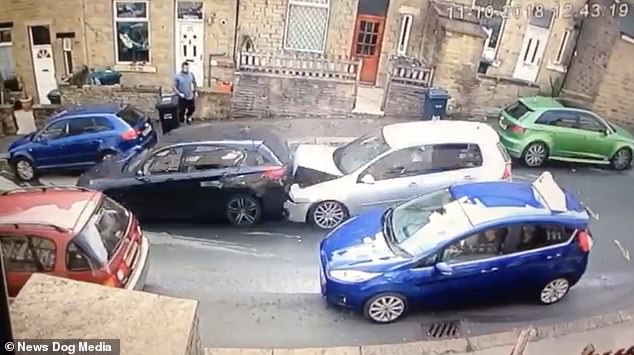 Have you been reading the wrong star sign all this time?

Naya Rivera used last of her strength to get son back on boat as it drifted away before she drowned in lake, cops say
Travel