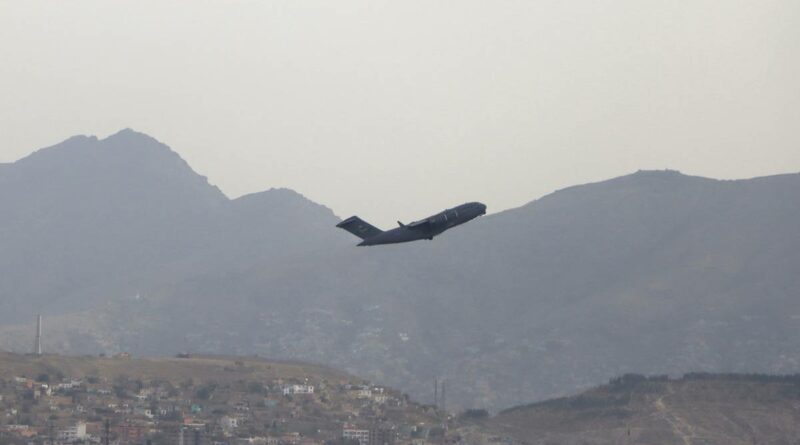 Islamic State militants fired a volley of rockets at Kabul’s rapidly emptying international airport on Monday, with just hours left before a deadline for US forces to withdraw at the end of America’s longest war.

The Pentagon is tight-lipped about final operations and has not specified when the withdrawal will be completed ahead of Tuesday’s deadline. But spokesman John Kirby told reporters “there is still time” for Americans to join a massive airlift that has allowed more than 116,000 people to leave since the Taliban swept back into power two weeks ago.

All day Monday, US military cargo jets came and went despite the rocket attack, which did not hurt anyone. The Taliban released a video shot from the airport’s grounds, saying the Americans had removed or destroyed most of their equipment and that troop numbers were far lower. “It looks like today will be the last day,” one of the unidentified fighters said.

With the departure of the last of its troops, the US is ending its 20-year war with the Taliban back in power. Many Afghans remain fearful of them or further instability, and there have been sporadic reports of killings and other abuses in areas under Taliban control despite pledges to restore peace and security.

In the last 24 hours, the American military evacuated about 1200 people on 26 C-17 flights, while two coalition flights flew out 50 others, the White House said.

The two-week airlift has brought scenes of desperation and horror. In the early days, people desperate to flee Taliban rule flooded onto the tarmac and some fell to their deaths after clinging to a departing aircraft. On Thursday, an Islamic State suicide attack at an airport gate killed at least 169 Afghans and 13 U.S. service members.

The extremist group is far more radical than the Taliban, who captured most of Afghanistan in a matter of days. The two groups have fought each other before, and the Taliban have pledged to not harbor terrorist groups.

The Taliban tightened a security cordon around the airport after the attack, clearing away massive crowds of Afghans who were desperate to flee the country in the waning days of the US-led airlift. Taliban fighters are now stationed along a fence near the main runway.

A crowd quickly gathered Monday around the remains of a four-door sedan used in the rocket attack. The car had what appeared to be six homemade rocket tubes mounted in place of its back seats.

“I was inside the house with my children and other family members. Suddenly there were some blasts,” said Jaiuddin Khan, who lives nearby. “We jumped into the house compound and lay on the ground.”

Some of the rockets landed across town, striking residential apartment blocks, witnesses said. That neighborhood is about 3km from the airport. No injuries were reported.

Five rockets targeted the airport, said Navy Captain Bill Urban, a US military spokesman. A defensive weapon known as a C-RAM — a Counter-Rocket, Artillery and Mortar System — targeted the rockets in a whirling hail of ammunition, he said. The system has a distinct, drill-like sound that echoed through the city at the time of the attack.

An IS statement, carried by the group’s Amaq media outlet, claimed the militants fired six rockets.

The White House said President Joe Biden was briefed on the rocket attack.

“The president was informed that operations continue uninterrupted at HKIA, and has reconfirmed his order that commanders redouble their efforts to prioritise doing whatever is necessary to protect our forces on the ground,” the statement said, using an acronym for Kabul’s airport.

Planes took off about every 20 minutes at one point Monday morning. One C-17 landing in the afternoon shot off flares as it approached — a manoeuvre to protect against heat-seeking missiles and a sign the US military remains concerned about surface-to-air missiles loose in the country.

Smoke from several fires along the airport’s perimeter could be seen. It wasn’t clear what was ablaze, although US forces typically destroy material and equipment they don’t take with them.

The airport had been one of the few ways out for foreigners and Afghans fleeing the Taliban. However, coalition nations have halted their evacuations in recent days, leaving the US military largely alone there with some remaining allied Afghan forces.

The US State Department released a statement Sunday signed by about 100 countries, as well as NATO and the European Union, saying they had received “assurances” from the Taliban that people with travel documents would still be able to leave.

The Taliban has said it will allow normal travel after the US withdrawal is completed on Tuesday and it takes control of the airport. However, it is unclear how the militants will run the airport and which commercial carriers will begin flying in, given the ongoing security concerns.

Qatar confirmed to AP on Monday that the Gulf country has been taking part in negotiations about operations at the airport with Afghan and international parties, mainly the US and Turkey. Qatar’s Assistant Foreign Minister Lolwa al-Khater said its main priority is restoring regular operations while maintaining security at the airport. Qatar is a US ally that has long hosted a Taliban political office.

The Taliban has honoured a pledge not to attack Western forces so long as they evacuate by Tuesday, but Isis remains a threat.

The US carried out a drone strike Saturday that it said killed two Isis members. American officials said a US drone strike on Sunday blew up a vehicle carrying Isis suicide bombers who were planning to attack the airport.

Relatives of those killed in Sunday’s strike disputed that account, saying it killed civilians who had nothing to do with the extremist group.

Najibullah Ismailzada said his brother-in-law, Zemarai Ahmadi, 38, had just arrived home from his job working with a Korean charity. As he drove into the garage, his children came out to greet him, and that’s when the missile struck.

“We lost 10 members of our family,” Ismailzada said, including six children raging in age from 2 to 8. He said another relative, Naser Nejrabi, who was a former soldier in the Afghan army and a former interpreter for the US military in his mid-20s, also was killed, along with two teenagers.

Urban, the military spokesman, acknowledged the reports of civilian casualties.

“We would be deeply saddened by any potential loss of innocent life.” — AP