A plea deal between Rod Stewart and Florida prosecutors fell through Friday, meaning he and his adult son are again scheduled to stand trial on charges they battered a security guard during a New Year’s Eve bash nearly two years ago.

Neither Rod Stewart nor his son, Sean, were present when Judge August Bonavita announced that a hearing in which a deal was expected to be finalized had been canceled. The pair are now scheduled to stand trial on misdemeanor battery charges on Jan. 25.

This is at least the second time a deal has fallen through in the case, which has also been delayed by the coronavirus pandemic. The Stewarts face a maximum penalty of a year in jail, although such a lengthy term would be unlikely. 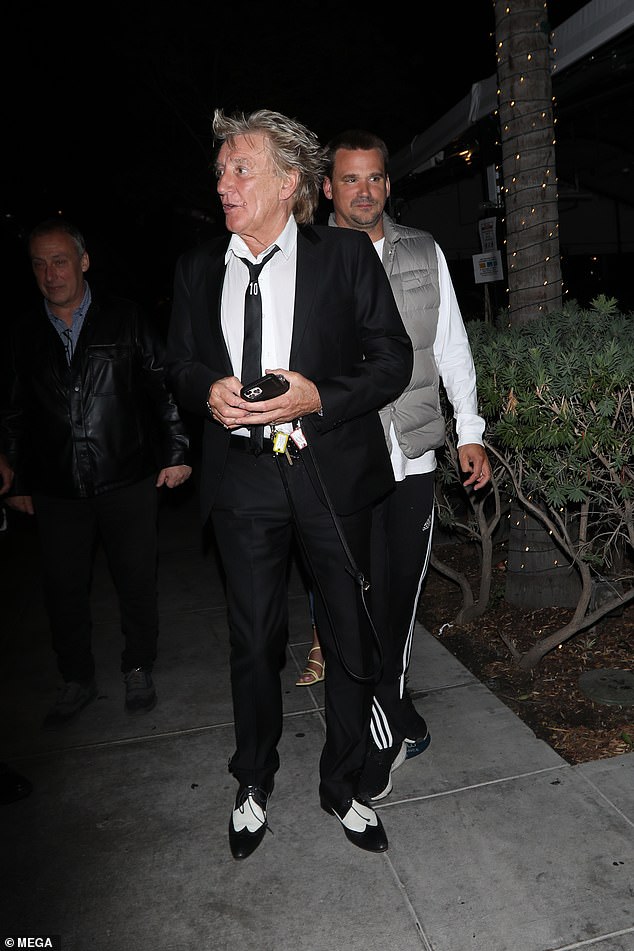 Father and son: Rod Stewart and his son Sean were pictured publicly together earlier this month

The Stewarts got into a tussle at The Breakers Hotel with security guard Jessie Dixon on Dec. 31, 2019, not long before midnight, police have said.

They said the Stewarts were part of a group that tried to enter a private event in a children’s area at the posh hotel, but were not allowed. The group, which included children, created a scene and would not leave, police said. 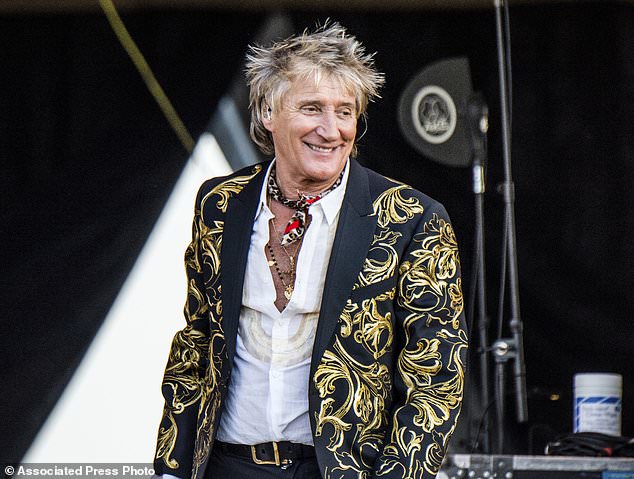 FILE – Rod Stewart performs at the New Orleans Jazz and Heritage Festival on April 28, 2018. A plea deal between Stewart and Florida prosecutors to settle charges he and his adult son Sean battered a security guard at a New Year’s Eve party two years ago has fallen through. The pair are now scheduled to stand trial on misdemeanor battery charges in January. (Photo by Amy Harris/Invision/AP, File)

Dixon intervened and Sean Stewart, 41, got in his face, according to the police report. Dixon told officers he put the back of his right hand on the younger Stewart’s chest and asked him to back up. Security video showed Sean Stewart then shoving Dixon and Rod Stewart, 76, punching him in the ribs.

Rod Stewart, a native of London, is a member of the Rock and Roll Hall of Fame. His greatest hits include “Maggie May,” “Do Ya Think I’m Sexy?” and “Tonight’s the Night.” Queen Elizabeth II knighted him in 2016.