The House committee investigating the Jan. 6 riot at the Capitol on Friday questioned Roger Stone under oath about the attack, but the longtime adviser to former President Donald Trump said he didn't give them any answers.

"I did invoke my Fifth Amendment rights to every question not because I have done anything wrong, but because I am fully aware of the House Democrats' long history of fabricating perjury charges on the basis of comments that are innocuous, material or irrelevant," Stone told reporters as he was leaving.

Stone, who has said he was in Washington, D.C. on Jan. 6 but did not go to the Capitol, has denied any involvement with the violence. His lawyer told the committee in a letter last week that Stone planned on invoking the Fifth Amendment. In the same letter, the lawyer, Grant Smith, said Stone would not appear before the committee or produce any of the documents that had been subpoenaed.

The committee has said Stone was in Washington on Jan. 5 and 6 and had been invited to "lead a march to the Capitol" and that he had "promoted his attendance at the rallies and solicited support to pay for security.” 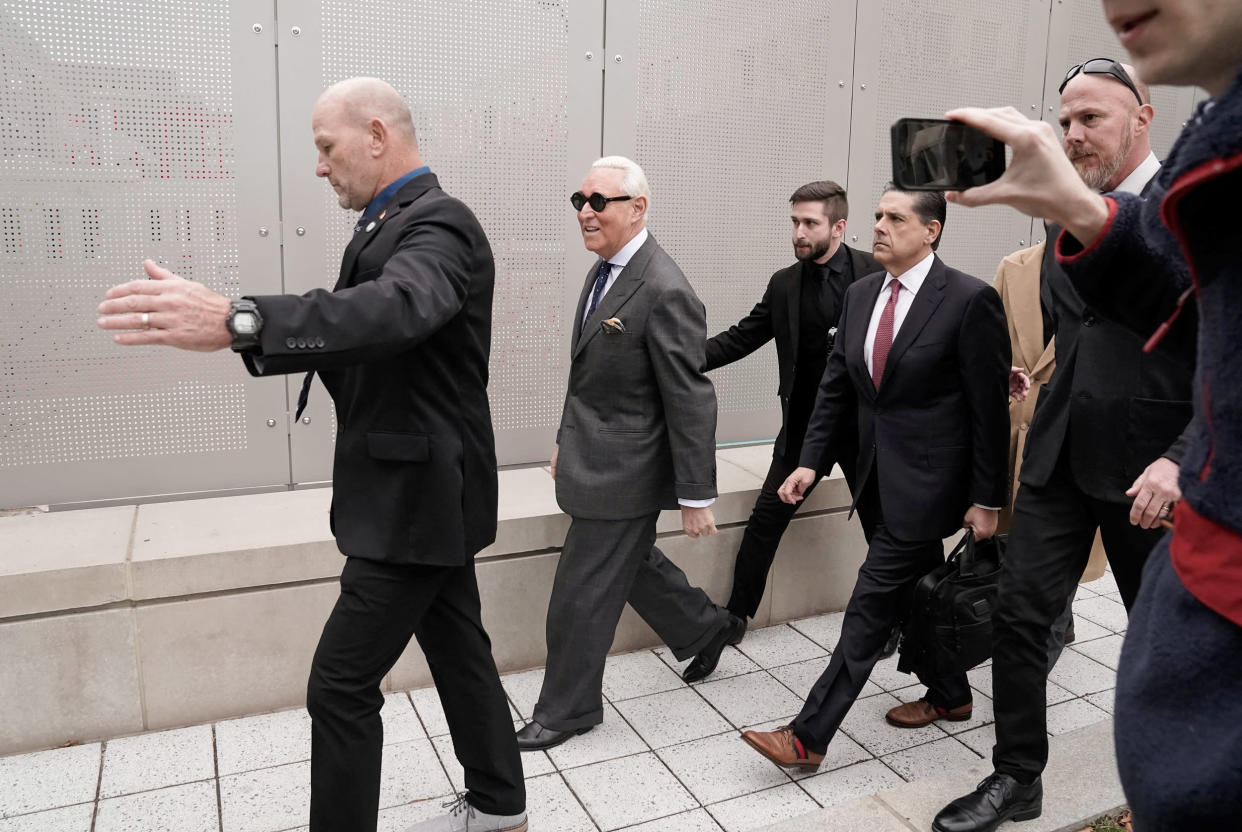 In a statement to reporters as he was leaving, Stone said, "I was not at the Capitol, and any claim, assertion or even implication that I knew about or was involved in any way whatsoever with the illegal and politically counterproductive activities of January 6 is categorically false."

Stone was sentenced to more than three years in prison in February 2020 for making false statements, obstruction and witness tampering as part of former special counsel Robert Mueller's Russia investigation. Then-President Donald Trump initially commuted his sentence and then gave him a full pardon shortly before he left office.

Stone was at least the third Trump ally subpoenaed by the committee to say they planned on invoking their Fifth Amendment right against self-incrimination. Jeffrey Clark, a former top Justice Department official who was pushing Trump's baseless election fraud claims, and John Eastman, a lawyer who wrote memos arguing then-Vice President Mike Pence could overturn the 2020 election, are the other two.

Later Friday, the committee deposed Caroline Wren, a Republican operative who helped organize the Jan. 6 rally with Women for America First and is listed on the group's paperwork as a “VIP Advisor.”

The committee was scheduled to interview conspiracy-theorizing radio and streaming show host Alex Jones on Saturday, but that deposition has been postponed, a committee aide told NBC News on Friday.

A law enforcement source told NBC News in February that federal authorities investigating the Capitol riot were looking into whether Stone and Jones played any role in organizing the violence.

Jones promoted the Jan. 6 rally on his show, and according to The Washington Post, told his viewers on Jan. 1, “Roger Stone spent some substantial time with Trump in Florida just a few days ago, and I’m told big things are afoot and Trump’s got major actions up his sleeve.”