The Republican party strategist, 66, is the latest member of the president's inner circle to be charged under special counsel Robert Mueller's probe into Russian election meddling. 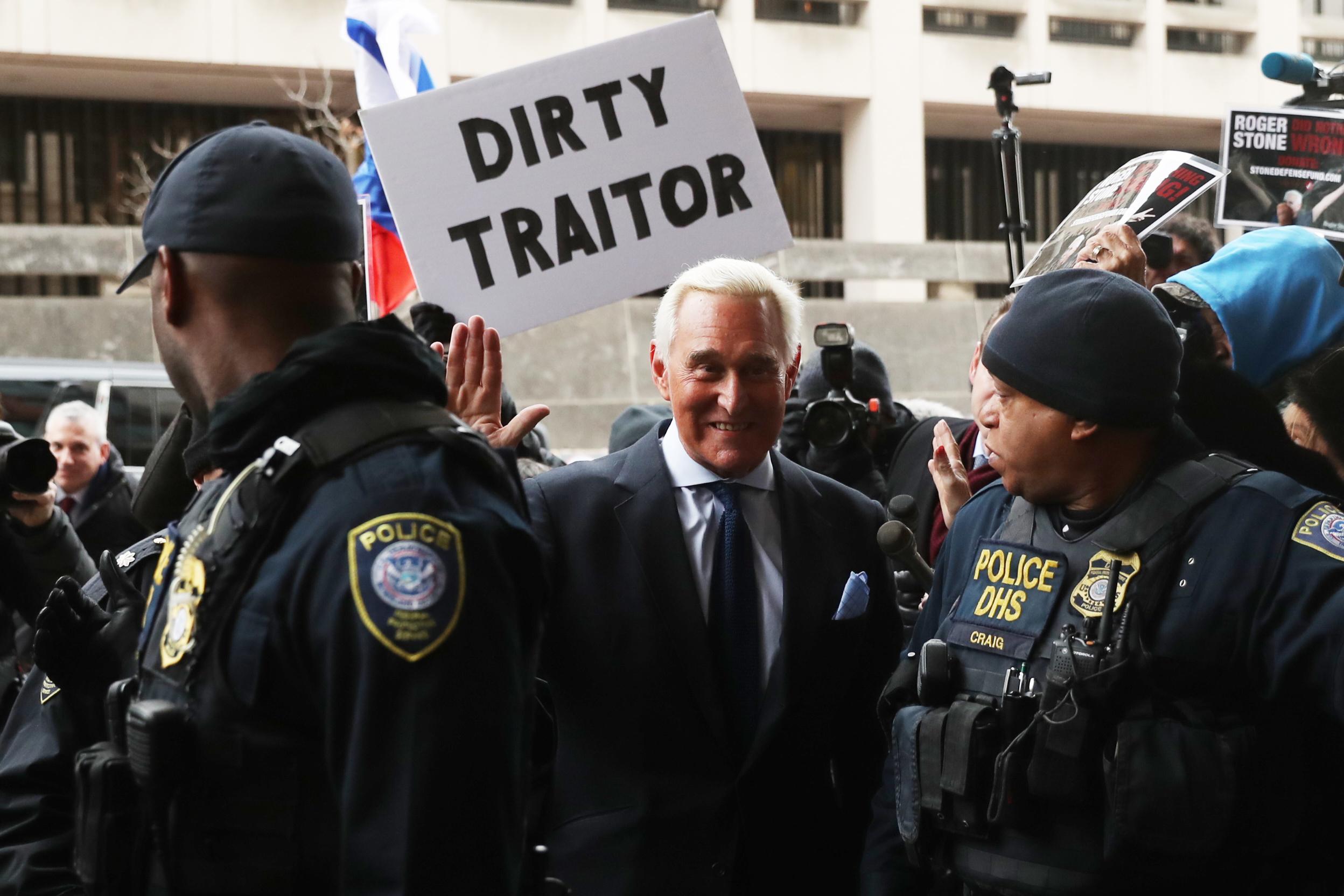 Other protesters held signs insisting "Roger Stone Did Nothing Wrong" outside the federal court in Washington DC.

Stone, a former assistant to to Richard Nixon and self-proclaimed dirty trickster, was arrested on Friday at his home in Florida.

Today he appeared on a seven count indictment including allegations of making false statements, obstruction and witness tampering.

He is accused of asking Wikileaks about stolen emails from Hillary Clinton’s 2016 presidential run at the behest of a senior Trump campaign official, and then lying about it to Congress.

Prosecutors claim Stone also threatened an associate — who appears to be New York radio host Randy Credico — in an attempt to thwart his testimony before Congress that would’ve contradicted his own.

Court papers allege Stone told the DJ to "do a Frank Pentageli" – a reference to a character in The Godfather Part II, who scuppered a Senate probe into the Corleone mafia mob by retracting his evidence.

Months later Stone accused Credico of being a "rat" and threatened to steal his emotional therapy dog named Bianca, it is alleged.

Stone, who is free on $250,000 bond, has asserted his innocence and complained that he was treated worse than Osama bin Laden when armed "gestapo" FBI agents stormed his home in a pre-dawn raid.

He channelled his old boss Nixon with a double V-sign as he walked free from custody on Friday.

Stone says he did nothing more than drum up interest in the WikiLeaks disclosures – emails hacked by Russians which damaged the Clinton campaign.

He vowed he would not "bear false witness against the president, nor will I make up lies to ease the pressure on myself."

Stone worked as an adviser to Trump until the election in November 2016, according to the special counsel probe.

Thirty-four people have been swept up in the Mueller investigation. Those charged include Trump's former campaign chairman and deputy campaign chairman, former national security adviser and his former personal lawyer Michael Cohen.

It remains unclear whether any further charges have been filed. Yesterday acting US Attorney General Matthew Whitaker said Mueller's investigation was close to wrapping up and that a report was expected soon. 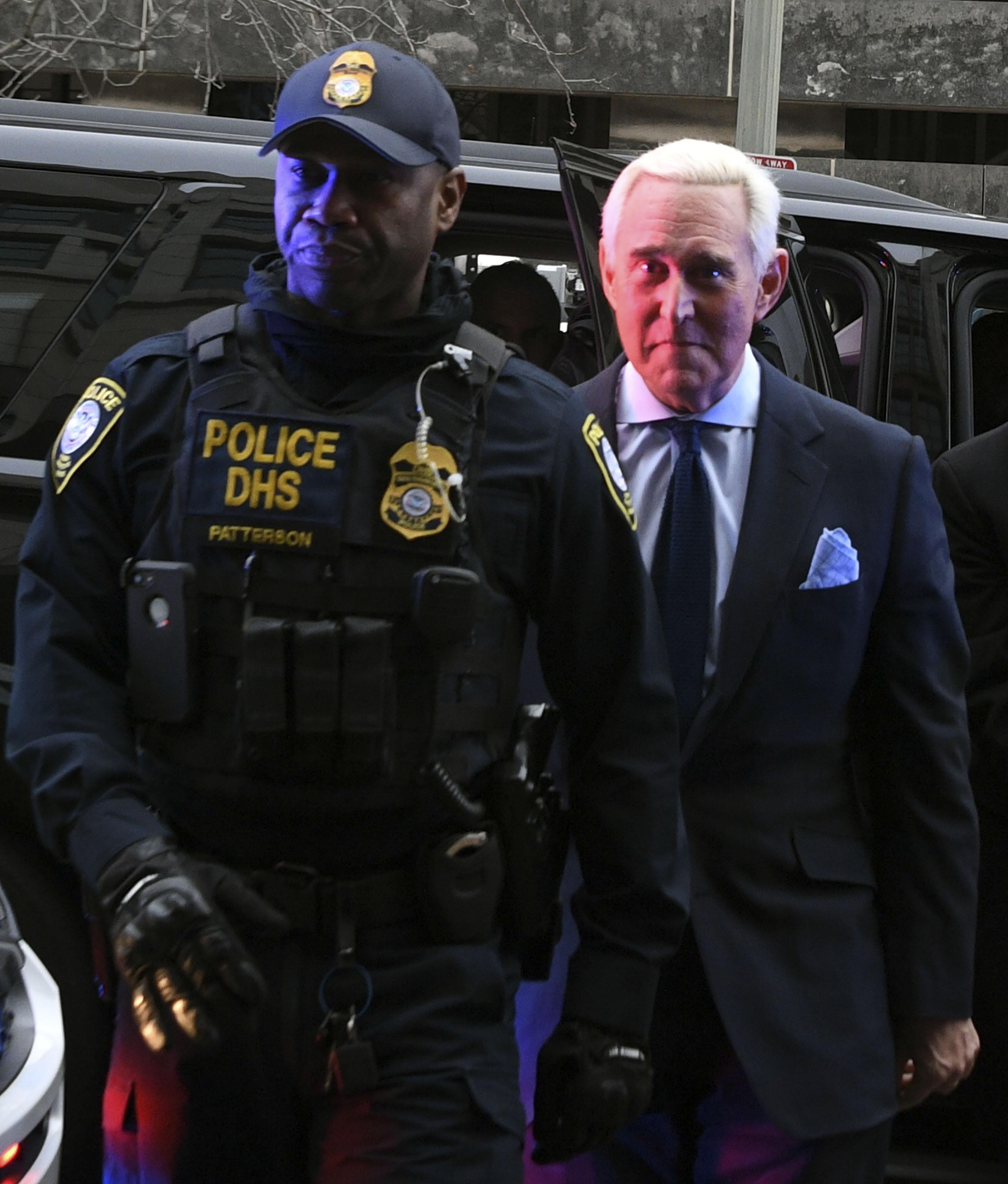 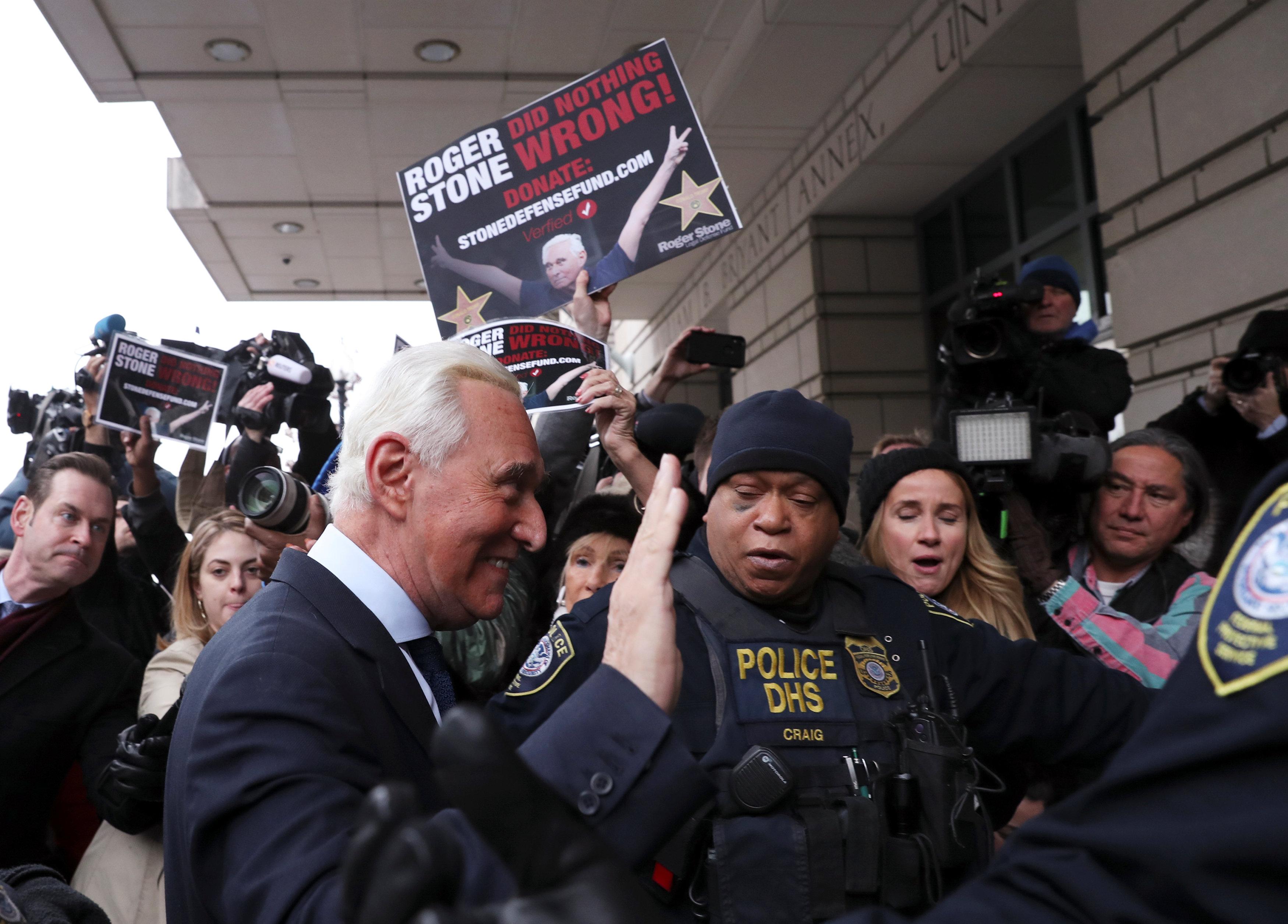 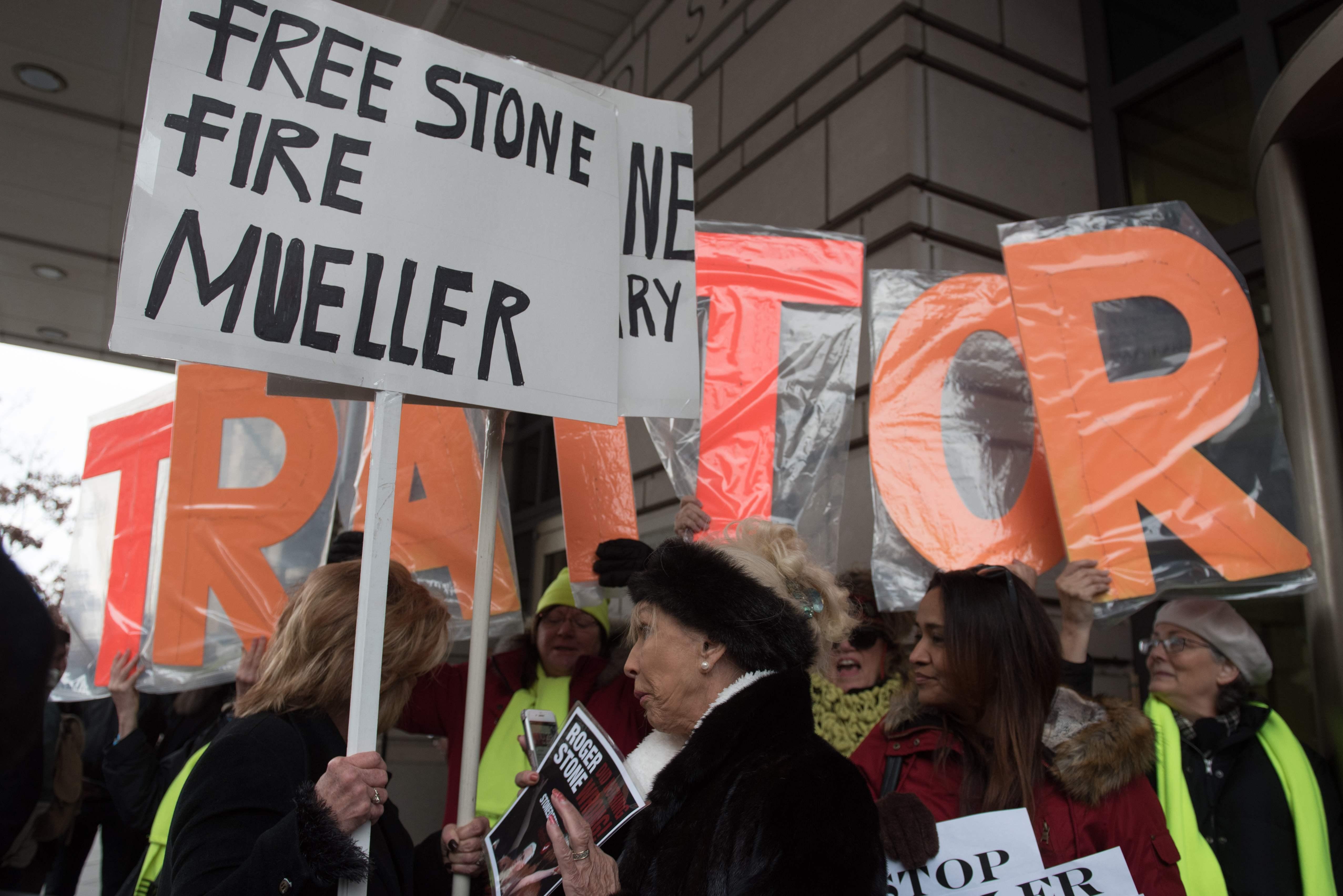