Rolls-Royce is set to axe up to 4,600 jobs over the next two years as engineering giant bids to slash £400m annual costs

Rolls-Royce has announced it is set to axe up to 4,600 jobs over the next two years as the engineering giant attempts to slash £400million in annual costs.

The group said the bulk of these job cuts would impact the UK workforce and would be made over the next two years, with around 1,500 expected by the end of 2018.

Rolls said the overhaul will impact support functions and management, including within engineering, as its historic site at Derby is expected to be hit the hardest.

This comes after the engineering firm announced it was refocusing its business on civil aerospace, defence and power systems. 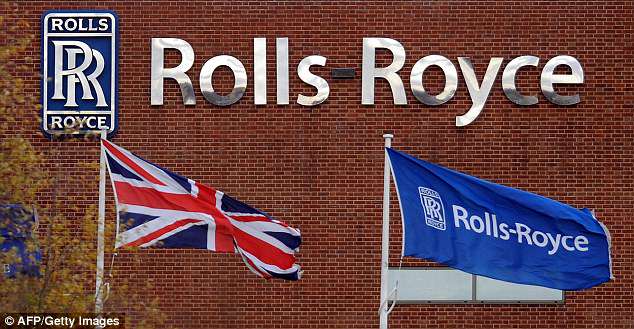 Rolls-Royce has announced it is set to axe up to 4,600 jobs over the next two years as the company attempts to slash £400million in annual costs

The group, which employs 50,000 people in 50 countries, is also expected to announce how it will make a return on the investment made in recent years and the expected drivers of cash flow beyond its medium-term horizon.

The restructuring will cost it around £500 million – including redundancy costs – over the next three years, but will see it save £400 million every year by the end of 2020.

The job cuts are a part of Rolls-Royce’s brutal overhaul to rein in costs.

Rolls insisted it would honour a previous pledge not to impose compulsory redundancies on union-represented staff, including at its sites in Derby, Hucknall and Annesley.

Warren East, chief executive of Rolls, said: ‘We have made progress in improving our day-to-day operations and strengthening our leadership, and are now turning to reduce the complexity that often slows us down and leads to duplication of effort.

‘It is never an easy decision to reduce our workforce, but we must create a commercial organisation that is as world-leading as our technologies.’ 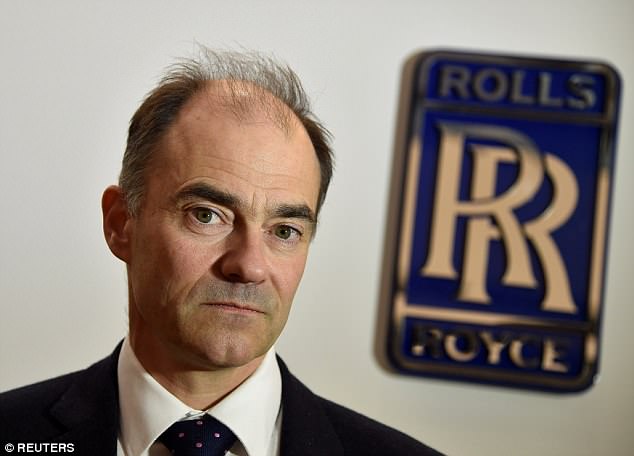 Previous job cuts under Warren East, who joined in 2015, have led to a net reduction of just over 600 people.

This is the largest reduction in its headcount since 2001 when the company announced plans to reduce 5,000 jobs, plus 1,000 contractors, which at the time was around 12% of the workforce.

Unite assistant general secretary Steve Turner said: ‘This announcement will be deeply unsettling for Rolls-Royce workers and their families and could have a dire economic impact on local communities reliant on Roll-Royce jobs.

‘There is a real danger that Rolls-Royce will cut too deep and too fast with these jobs cuts, which could ultimately damage the smooth running of the company and see vital skills and experience lost.

‘Unite will be offering our members maximum support through this process and seeking assurances on no compulsory redundancies from Rolls-Royce for Unite members affected by this announcement.

‘Over the coming days Unite will be working with Rolls-Royce, relevant agencies and other employers to find people affected alternative employment and to retain skills in the aerospace sector.’ 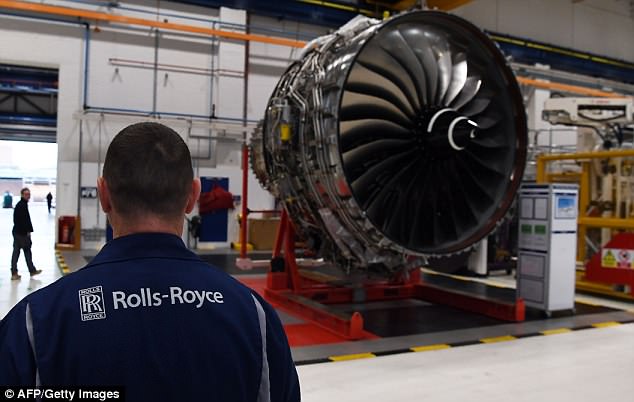 Hardest hit will be the engineering giant’s base in Derby where most of its white-collar staff are located. Rolls has been based in Derby since 1906

Rolls-Royce said earlier this week that a compressor issue that had grounded Boeing planes had been found in a different type of engine.

It is understood that upcoming job cuts at the company are not connected to the issue of a costly compressor problem.

Britain’s best known engineering company was hit by a problem with a compressor in the Trent 1000 package C engine that is not lasting as long as expected, grounding planes, forcing inspections and angering airline clients.

On Monday it said it had now found the same issue on a ‘small number of high life Package B engines’, requiring a one-off inspection of the B fleet and sending its shares down 1 percent.

The news, which will not affect Rolls’ full-year free cash flow target, comes as the group embarks on the latest stage of a major restructuring programme under Chief Executive Warren East that is designed to boost profitability.