Roman Abramovich will be allowed to visit Britain for up to six months at a time after gaining Israeli citizenship, Downing Street confirms – but will be barred from working for Chelsea FC while he is in the UK

Roman Abramovich will be allowed to visit Britain for up to six months at a time after gaining Israeli citizenship, Downing Street has confirmed – but he will be barred from working for Chelsea FC while in the UK.

The Russian billionaire, who owns a £125million mansion in London’s Kensington, made the move to become an Israeli citizen after the renewal of his British visa was hit by a delay.

Downing Street declined to comment on the specifics of the 51-year-old tycoon’s case – but a spokesman for Theresa May confirmed holders of Israeli passports are allowed to visit Britain for up to six months under a waiver scheme.

Under the rules, Israeli visitors are not allowed to work or live in Britain. Immigration enforcement officers police the rules and could act if Mr Abramovich was known to be working at Stamford Bridge or engaging in activity to run Chelsea while in the UK.

Separate rules do allow the Home Office to ban named individuals from the UK even if they hold passports from countries with waiver schemes. But there is no indication this would be the case with Mr Abramovich. 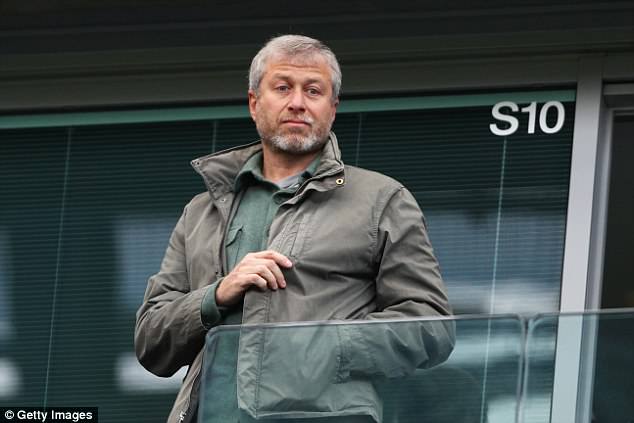 Roman Abramovich will be allowed to visit Britain for up to six months at at time after gaining Israeli citizenship, Downing Street has confirmed – but he will be barred from working for Chelsea FC while in the UK

More than 100 people who have ‘engaged in unacceptable behaviour’ have been banned from Britain since 2005 – typically hate preachers, individuals deemed bad for the public good and people subject to international sanctions.

There is no suggestion Mr Abramovich is likely to be subject to the named individual scheme.

This morning, the Kremlin said Mr Abramovich has the right to Israeli citizenship after the Chelsea football club owner reportedly travelled to Israel and became a citizen after delays to his British visa application.

‘The Kremlin doesn’t think anything about this,’ presidential spokesman Dmitry Peskov told journalists in response to a question on the reported move by Abramovich, a former regional governor seen as being on good terms with President Vladimir Putin.

‘An entrepreneur receives Israeli citizenship. So what? It’s his right,’ Peskov said of Abramovich, who is Jewish.

Abramovich, who was reportedly in Russia in recent days, flew into Tel Aviv on a private jet and received an Israeli identity card, local Channel 10 television reported. 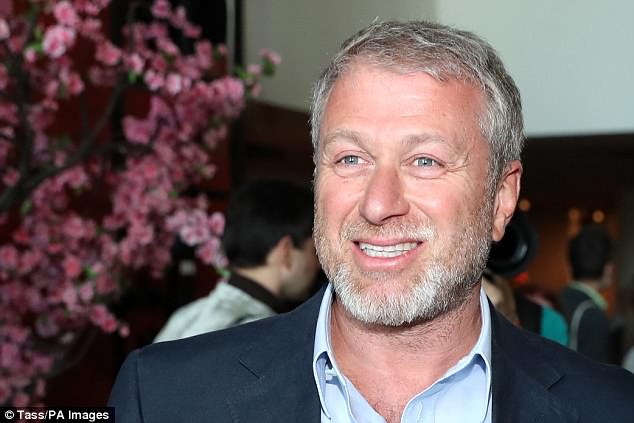 The Russian billionaire, who owns a £125million mansion in London ‘s Kensington, made the move to become an Israeli citizen after the renewal of his British visa was hit by a delay

The businessman has been a regular visitor to Israel, where he has bought a former hotel from Israeli Hollywood actress Gal Gadot in Neve Tzedek, an old Tel Aviv neighbourhood, close to the Mediterranean shore.

Israel-based Russian language newspaper Vesty reported the tycoon was on the ground at Ben Gurion Airport for around three hours after arriving in his £56million private Boeing 767 jet.

‘He was issued a certificate of a new repatriate (Teudat Oleh) and an identity card (Teudat Zehut),’ reported Vesty yesterday.

Upon receiving his citizenship, Abramovich, who is worth £8.6billion ($11.4bn), immediately became the richest man in Israel.

The website reported that he opened a bank account and arranged medical insurance during his three-hour stint in the country, before jetting off to an unknown location.

Should Abramovich take up residence in Israel, he would be able to benefit from the 2008 tax law, which allows new Israeli citizens a ten year tax exemption on all income earned abroad.

A source close to Abramovich told the Jerusalem Post that the billionaire ‘is very committed to Israel.

‘He has family ties there and has invested in business and has charitable contributions and this has been in the back of his mind for a while, to formalise his ties with the country.’ 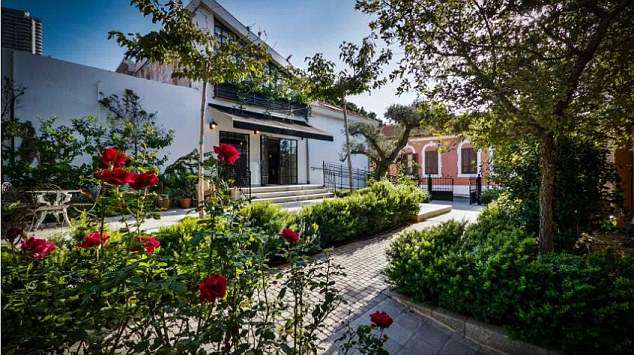 A view of the Varsano Hotel in Neve Tzedek from the garden – Roman Abramovich’s home in Israel, and bought from Hollywood star Gal Gadot 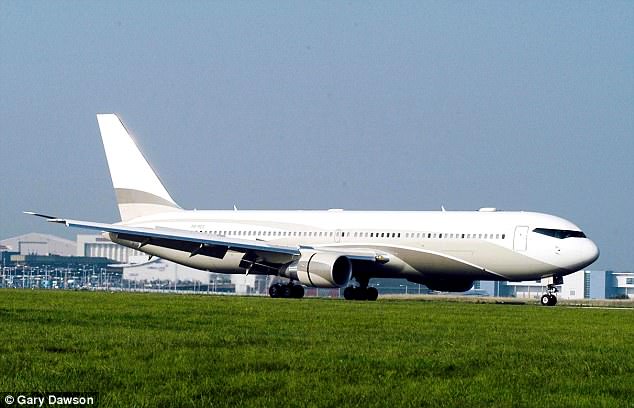 The Jerusalem post added that Abramovich has made multiple generous donations in Israel, including about $60million to various advanced medical ventures at the Sheba Medical Center, and $30million towards the establishment of an innovative new nanotechnology site at Tel Aviv University.

Spokesmen for Israeli Prime Minister Benjamin Netanyahu’s office contacted by AFP did not confirm or deny the report. Abramovich’s spokesman John Mann refused to comment, saying it was a personal matter.

Israel’s Law of Return gives every Jew, or child or grandchild of a Jew, the right to Israeli citizenship on demand.

Sources in Abramovich’s entourage told Russian and international media earlier this month that Abramovich’s British visa had run out and his application for a new one was taking longer than usual.

Abramovich, 51, has a fortune estimated at £9.3billion by the Sunday Times. He bought Chelsea football club in 2003.

The reports of his visa problems came as British MPs urged the government to clamp down on corrupt Russian money flowing through London.

Abramovich served as governor of Russia’s remote Chukotka from 2000 to 2008 and pumped in millions of dollars to develop the remote region.

Putin repeatedly urged Abramovich to stay on as governor while he was already living between Russia and Britain.

He sold his majority stake in oil major Sibneft to state-controlled Gazprom in 2005 for 13 billion dollars. There is no suggestion that Mr Abramovich has been involved in any wrongdoing.

What is Israel’s ‘Law of Return’

The Law of Return (1950) grants every Jew, wherever they may be, the right to come to Israel as an oleh (a Jew immigrating to Israel) and become an Israeli citizen.

For the purposes of the Law, ‘Jew’ means a person who was born of a Jewish mother, or has converted to Judaism and is not a member of another religion.

Israeli citizenship becomes effective on the day of arrival in the country or of receipt of an oleh’s certificate, whichever is later. A person may declare, within three months, that he/she does not wish to become a citizen.