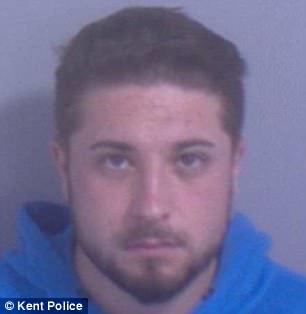 A man caught trying to smuggle a Vietnamese child into the UK in a suitcase stashed in his boot has been jailed for 18 months.

Andrei Iancu was arrested when the boy, believed to be 16 years old, was found in the boot by UK Border Force officers on Wednesday, May 30, in the port of Dover.

The stowaway, who was found crammed into the boot of a silver Skoda Octavia, was suffering from severe dehydration and began fitting.

The 20-year-old Romanian undergraduate told officials in questioning he had met the boy at a service station and agreed to smuggle him to the UK for money.

Iancu’s Skoda with Romanian licence plates was subject to a routine stop by UK Border Force officers as he came in to Dover Port just before 8.30pm.

James Bloomer, prosecuting, told Canterbury Crown court: ‘When asked he indicated that he was Romanian and going to London.

Iancu claimed the car he was driving was owned by a friend. When officers opened the boot of the car they discovered large bags of crisps and several suitcases.

Mr Bloomer added: ‘It was only when some of the bags were moved the officers noticed a human arm protruding from part of a suitcase.’

When the youngster was discovered it became apparent he was seriously unwell and started having some type of seizure.

He turned out to be a Vietnamese national who was very dehydrated and suffering high blood pressure. 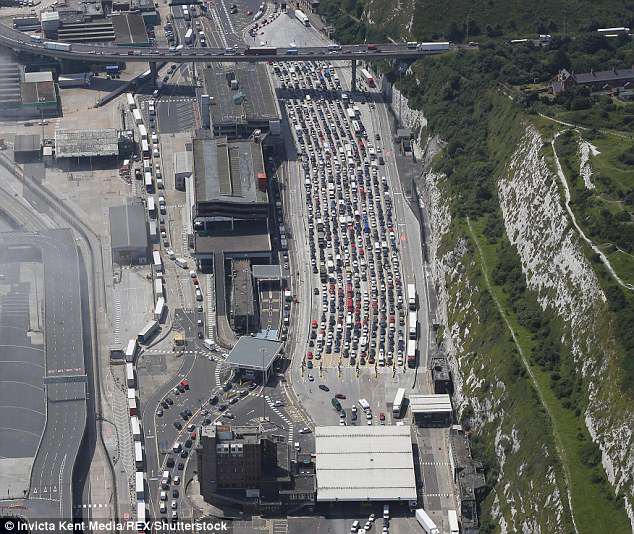 The boy was rushed to hospital by paramedics. Iancu was taken for questioning by UK Border Force officers.

Mr Bloomer said: ‘In fairness to him, he asked after the welfare of the gentleman in the boot before indicating he had met him at a petrol station and agreed to do what was done, albeit for a significant sum Of money.’

He told officers he used Google translate to communicate with the Vietnamese youth.

During police interview on May 31, he answered no comment to all questions other than to confirm the iPhone was his and to provide the security code.

Mr Bloomer said: ‘Here we see there is clear financial gain. Quite clearly the Vietnamese gentleman was significantly affected, unwell and taken to hospital.

‘We query the considerable convenience of the explanation that it was a chance meeting that led to the commission of this offence.’

Iancu pleaded guilty to one count of one people smuggling and spoke only to confirm his date of birth and nationality.

He said: ‘We can all see it was for financial gain, but it was not part of a sophisticated operation. 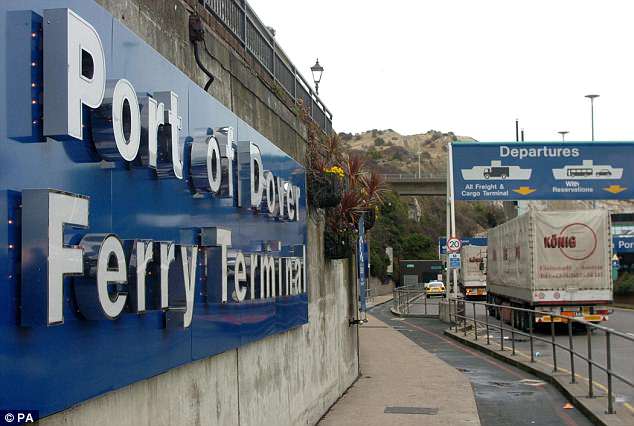 ‘No other people were involved and it was not part of a conspiracy. He was immature, naive and he decided to act on the spur of the moment.

‘He is an undergraduate at the University of Transylvania. He was taking holidays and came to the UK to find some work and generate some income.

‘He is petrified he is going into prison. He has never been in trouble before. He sees this as an act of stupidity with no planning whatsoever.’

Prior to sentencing Iancu, Judge James said: ‘It is common knowledge that people from less developed nations from all over the world are eager to come to enter the UK.

‘They are often prepared to go to lengths to do so and to take considerable risks. Only some seek sanctuary from violence and repression.

‘Others are seeking economic opportunities. There are some that have more sinister intentions.

‘It is difficult, if not impossible, to determine why an individual wishes to enter the country, let alone what they intend to do if they are successful.

‘Border controls represent our first line of security and any effort to circumvent them undermines the system as a whole.’

He added that people smuggling ‘exploits the vulnerable and the desperate.’

He said: ‘This individual was unknown to you. You were motivated by making a quick Profit.

‘Anyone who might be tempted to consider that this type of offence is an easy way of making money needs to be disabused of the notion.’

Iancu was sentenced to 18 months in a Youth Offenders Institution and ordered to pay a surcharge of £140.

Detective Inspector Bill Thornton of Kent Police said after the sentencing: ‘People smuggling is a serious offence and those responsible will often go to great lengths to ensure they are not caught and sent to prison.

‘It should go without saying that hiding someone in a suitcase for even a short amount of time is incredibly dangerous. On this occasion the boy was also in the boot of a car during a cross-Channel journey, and is extremely fortunate to have survived his ordeal.

‘Iancu pleaded guilty at the earliest opportunity and the length of his prison sentence reflects that. He can count himself lucky he does not have the boy’s death on his hands because then he would be spending a much longer period behind bars.’