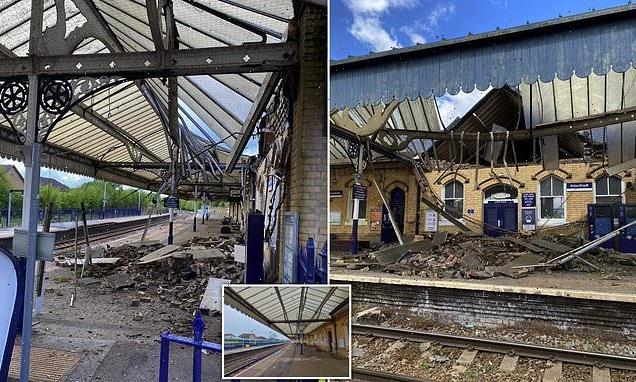 An MP has called for a thorough investigation after part of a train station caved in  and collapsed – narrowly missing passengers waiting on a platform.

‘Miraculously’ no one was injured in the incident, which took place at Northwich Station in Cheshire late this morning.

But commuters were left facing severe delays after a huge pile of rubble was sent flying across the tracks.

Fire crews are still on the scene clearing up rubble strewn across the platform and waiting areas.

Network Rail have said it is too early to say what caused the collapse. But MP Mike Amesbury called for a full investigation into the incident.

He spoke of his shock at the incident and said it was ‘miraculous’ no one was hurt. 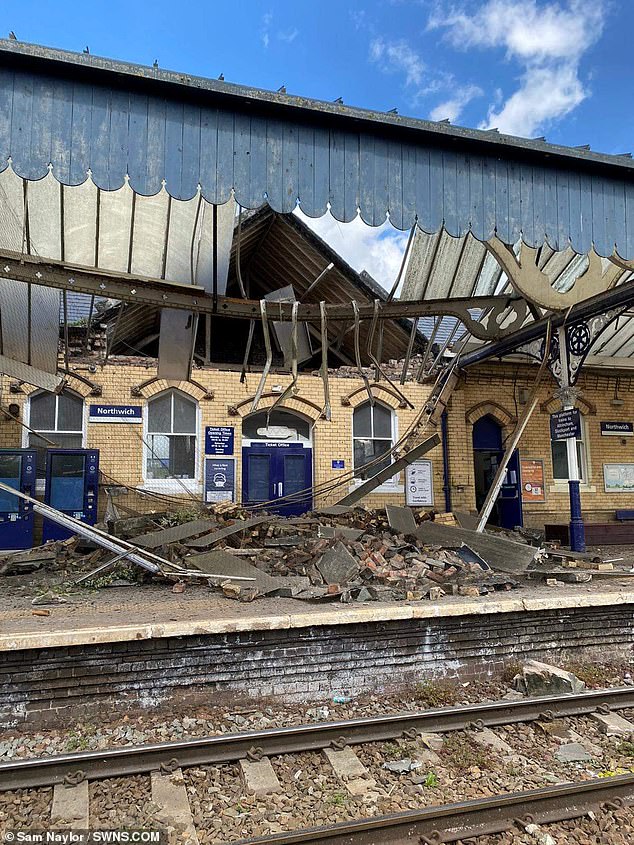 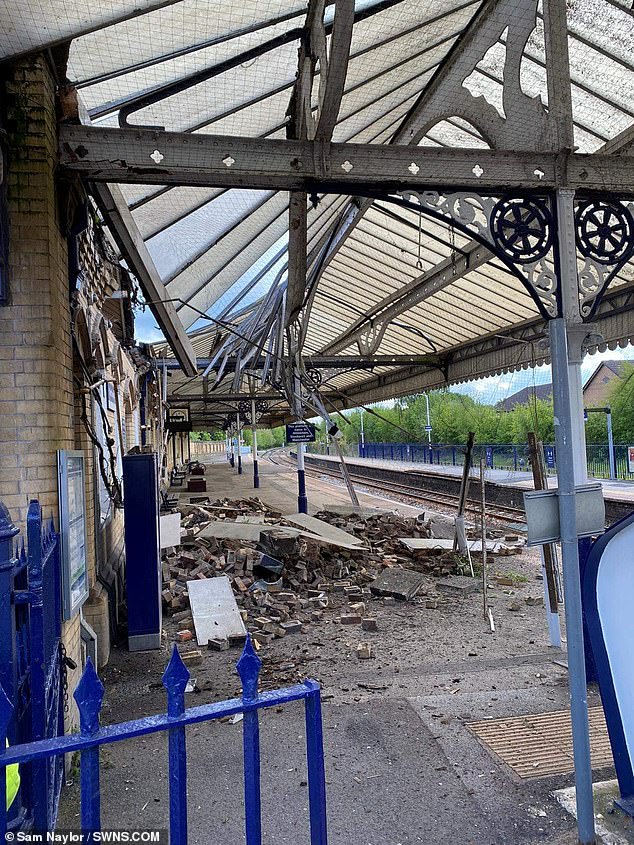 ‘Miraculously’ no one was injured in the incident, but commuters were left facing severe delays after a huge pile of rubble was strewn across the tracks

The Weaver Vale MP said: ‘I was shocked to learn of a serious roof collapse at Northwich Railway Station this morning.

‘My team have spoken to police and, miraculously, it appears nobody has been injured although there has been major disruption to the railway.

‘Clearly there will need to be an official investigation to understand what has happened.

‘Having just spoken to a senior Northern Rail manager, the priority is to make the area safe and get the trains running again.

‘I am raising this incident with Transport Secretary Grant Shapps as a matter of urgency.’

Travellers reported seeing the roof and wall suddenly collapse around them, hurtling rubble onto the tracks.

Onlookers were left shocked and shaken by the incident, but there aren’t thought to be any injured staff or passengers.

But commuters faced delays and cancellations while firefighters cleared debris off the tracks.

Eyewitness Hollie Septhon said she was just walking up to the platform when the roof fell.

The Northwich resident said: ‘No one is hurt, everyone is okay apart from a bit of shock as it just happened on its own.

‘I walked up and the roof just fell on its own, that’s literally all that happened. It was complete silence one minute, and then all of a sudden it just fell.

‘Everyone jumped into action though and everyone was fine. Fire brigade were rung within a minute.’

A spokesperson for Cheshire Fire and Rescue Service said: ‘Everyone present at the time is accounted for.

‘The crew is assessing the scene with representatives from Network Rail and has notified council engineers.’

Northern has confirmed that there will be severe delays with some services stopped completely in the area due to the debris causing the train line to be blocked.

Work is ongoing at the scene and that the line between Chester and Hale is not expected to reopen today. 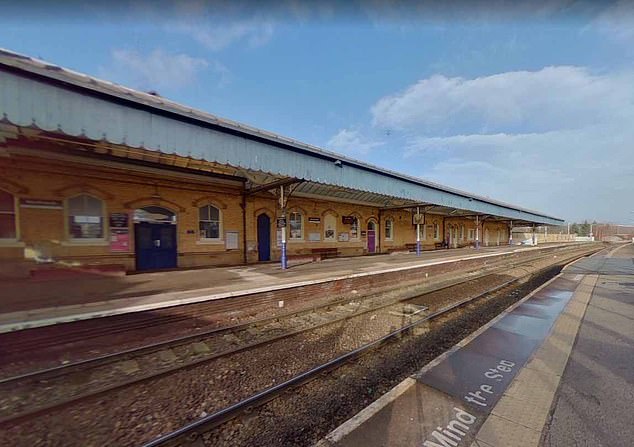 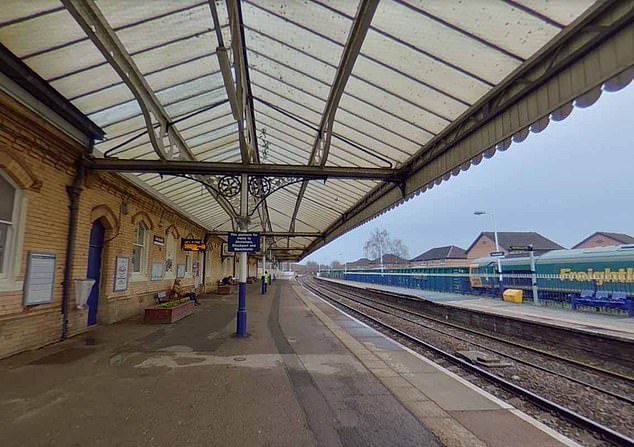 A spokesperson said: ‘Due to station building collapsed and rubble on the track at  Northwich train services are unable to run between Chester and Hale in both directions.

‘Network Rail and the fire brigade are currently on site and the line is not expected to reopen today.’

A Network Rail spokesperson said: ‘We’re working with Cheshire Fire and Rescue Service after a partial building collapse at Northwich station. Fortunately, no one has been injured.

‘It’s too early to say what caused this. Investigations are under way and the station is closed.’

The company also apologised to all those affected by the travel delays on the line.

‘We’re sorry to passengers affected and ask anyone travelling in the area today to check National Rail Enquiries before they make their journey,’ they added.

A spokesperson for Cheshire Fire and Rescue Service said: ‘Firefighters are currently at Northwich Train Station following reports of a wall and roof having collapsed, blocking the rail line.

‘The area has been cordoned off by firefighters and there are cancellations to train services.

‘Everyone present at the time is accounted for. The crew is assessing the scene with representatives from Network Rail and has notified council engineers.’