A patriotic painter who daubed St George’s cross on roundabouts in support of England this World Cup has been condemned as a ‘vandal’.

Officials discouraged the graffiti artist – who has been dubbed ’rounda-banksy’ after Bristol’s famous spray-painter – after 10 flags appeared across Essex.

After discouraging the ‘dangerous’ behaviour, they advised the mysterious perpetrator to stick to plastic flags. 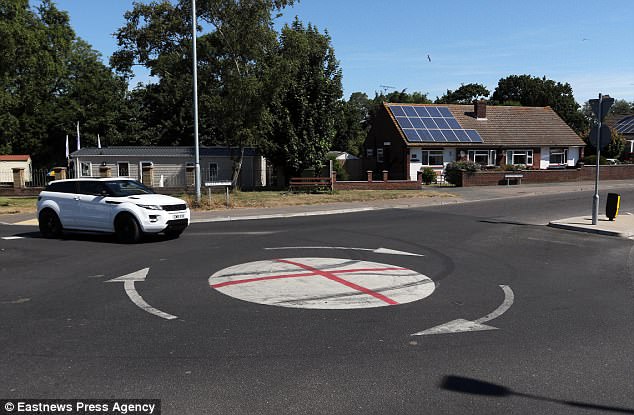 Patriotic painting has transformed roundabouts across Essex, with residents in Clacton-on-Sea (pictured) welcoming the graffiti 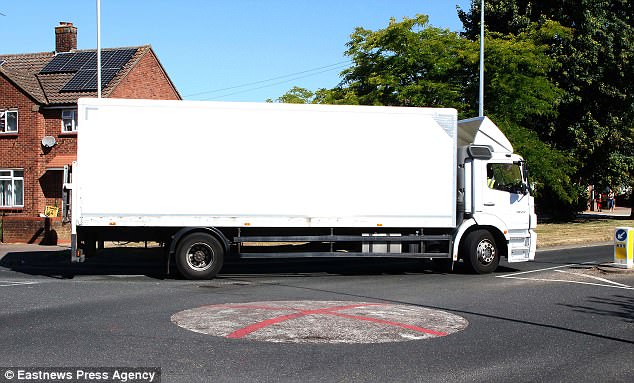 Red crosses have been painted over white roundabouts in Clacton-on-Sea, Colchester and the village of Jaywick.

Restaurant manager Glenn Alligan, 45, said he was happy to see the morale boosters appear in Clacton.

‘It really puts us on the map as an England supporting town,’ he said. ‘It’s just a laugh and there’s nothing serious about it, it is just people supporting England – it is not vandalism.

‘It’s great people are getting behind it, as long as it doesn’t go over the top.’ 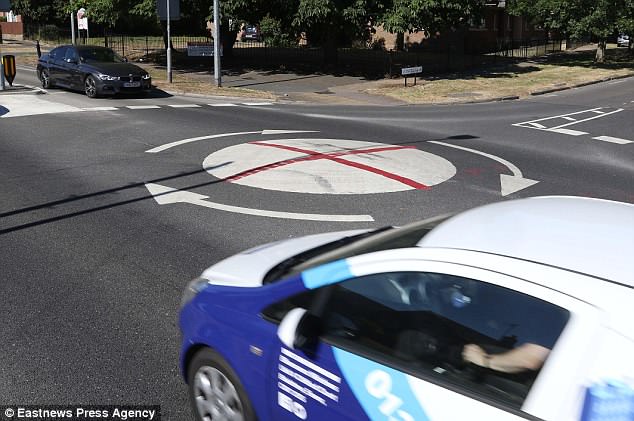 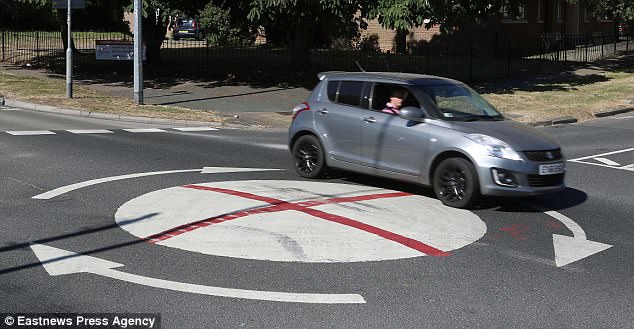 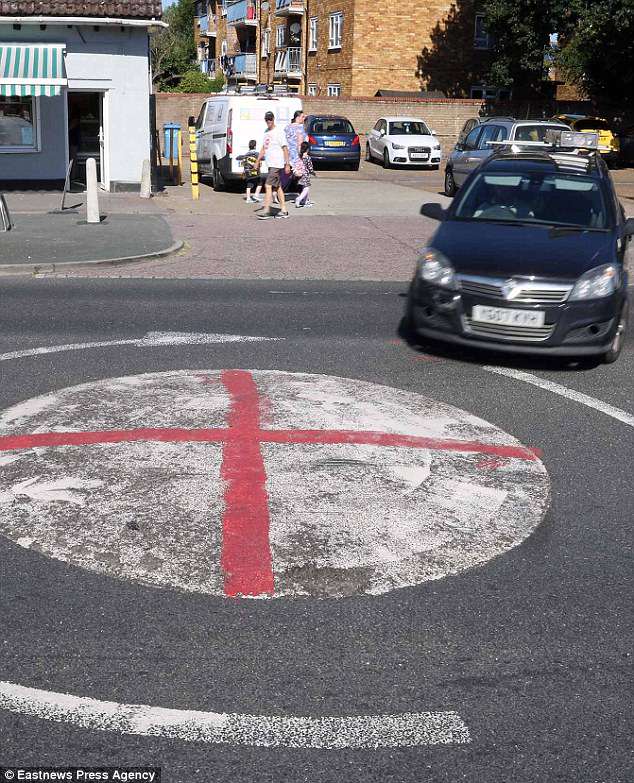 Great Yarmouth has also been treated to the World Cup-themed roundabouts, which cropped up in recent days in Essex

Grandmother Sue Hearn , 56, echoed his views, saying: ‘I can’t see how this is a problem to anybody, they are just supporting their country.’

But Essex Highways said: ‘We would ask residents to refrain from painting anything on roads or roundabouts as not only is it vandalism, it’s also dangerous. Putting a plastic flag on your car might be a harmless alternative.’ 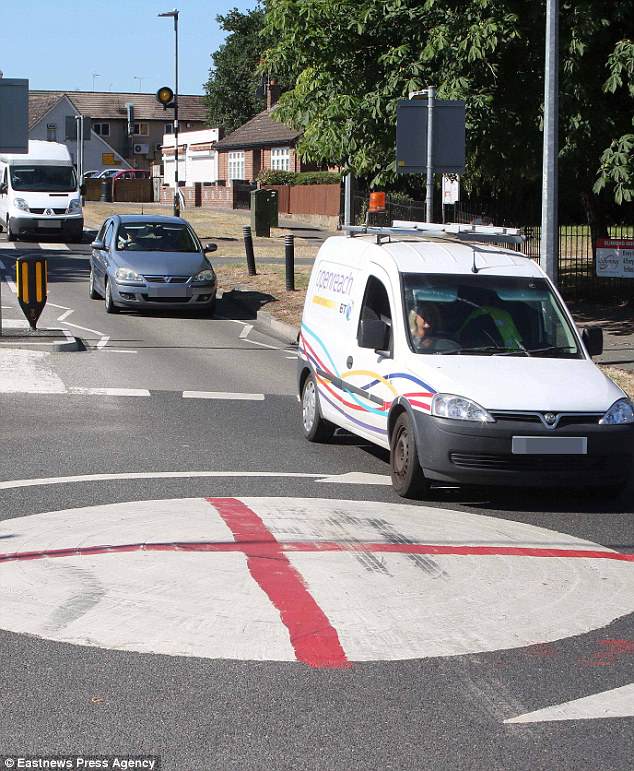 The officials have condemned artwork such as this one in Colchester, saying that painting across the roundabouts is dangerous 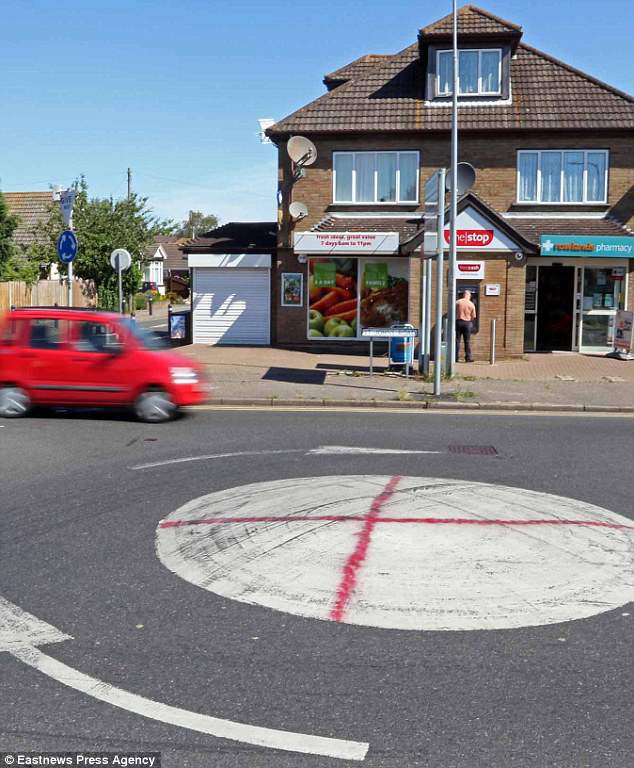 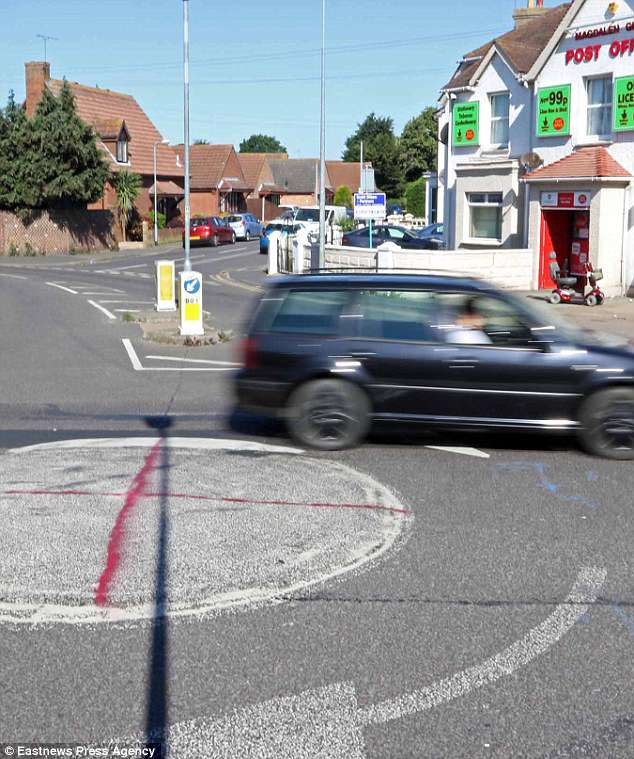 When fans in Great Yarmouth, Norfolk, showed their support for Harry Kane’s heroics in the same fashion earlier this week, council bosses were more supportive.

‘We don’t usually condone unauthorised alterations to roundabouts, but we’re in no hurry to remove this particular example until after the World Cup,’ they said in a statement.