A score to settle: Row over who owns historic Sir Edward Elgar £100k manuscript that disappeared in 1994 then popped up at Antiques Roadshow

Jude Hooke couldn’t believe her ears when her ‘tea-stained’ musical score by Sir Edward Elgar was valued on the Antiques Roadshow at up to £100,000. 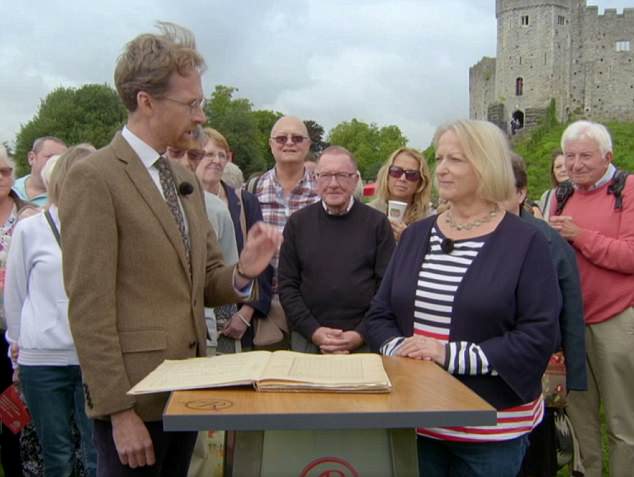 Jude Hooke (pictured, right) was elated to hear the worth of an Edward Elgar score belonging to her late husband

As the crowd gasped in astonishment, the 65-year-old widow from Worcester clasped her hand over her mouth before laughing uncontrollably in apparent shock.

But now there is discord over the discovery of the unique draft score of the Enigma Variations, as it has sparked a row over who owns it.

And things struck a really sour note yesterday when the Elgar Foundation threatened legal action. The score was bequeathed to the organisation by the composer’s daughter, Carice, and it was held at Elgar’s Birthplace Museum in Worcestershire.

But it disappeared in 1994 and its whereabouts was a mystery.

Until, that is, Mrs Hooke turned up with it at Cardiff Castle for the Antiques Roadshow, which was broadcast on BBC1 on Sunday after being filmed last year. Afterwards, she tried to sell the score via the auctioneers Christie’s.

The Elgar Foundation has for months been fighting behind the scenes to get it returned to the British Library, where the foundation’s archive is now housed.

Asked on the programme where she had got the score from, Mrs Hooke said: ‘It belonged to my late husband, who had been a lay clerk at Worcester Cathedral and had actually done quite a bit of work on some very, very early Elgar pieces. He was a music scholar.’ She did not explain how her husband came to have the score. A source close to the row said she was understood to have found it among his papers after his death in 2011. There was no answer yesterday at Mrs Hooke’s home.

Neighbours said they had not seen her for a couple of days and she might be on holiday.

It has emerged that Mrs Hooke’s late husband Timothy worked at a firm of solicitors at the same time as Sam Driver White, the former vice-chairman of the Elgar Foundation. But it seems the riddle of the Elgar score will remain unsolved because Mr Driver White died in February last year. 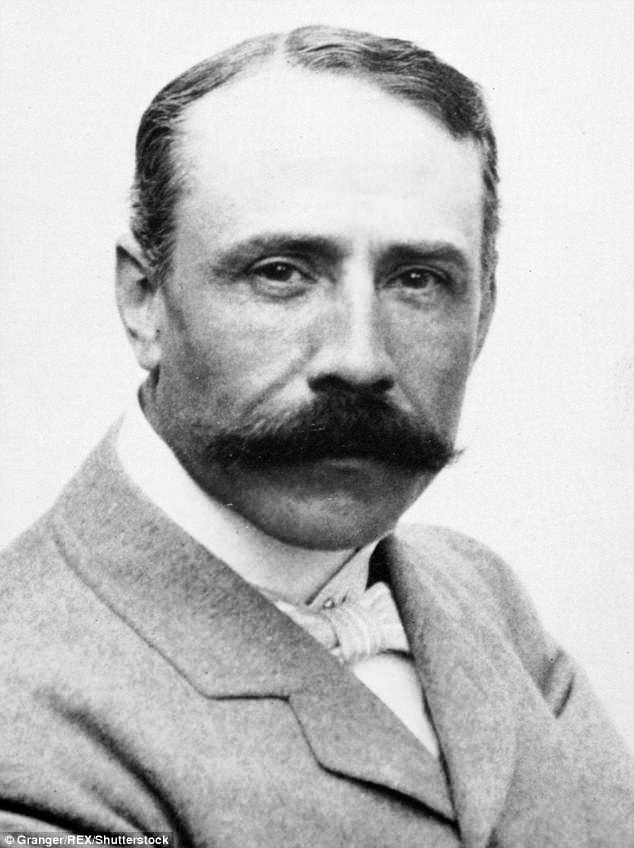 Yesterday ex-Tory minister David Mellor, chairman of the Elgar Foundation, threatened legal action. ‘I personally don’t see how that woman could have thought she owned it,’ he said. ‘It is currently held at Christie’s. We, along with the British Library, have no intention of allowing it to be sold.

‘Mrs Hooke is being invited to concede that she has no proprietary right to the manuscript. If she agrees, that’s an end to it. If she claims she does own it, there will have to be legal action.’ In the episode, manuscript expert Justin Croft described the yellowing draft score, dated 1899, as the ‘first edition of this score… signed by Elgar himself’.

‘I can’t think of a more quintessentially British piece of music,’ he said. As it contained ‘very, very sketchy’ early drafts, he said ‘we are looking right into Elgar’s head’.

When Mr Croft valued the score at £80,000 to £100,000, Mrs Hooke couldn’t contain her joy, saying: ‘I thought maybe Elgar’s autograph might be worth something.’

Christie’s said the score was not in ‘any forthcoming sale’.