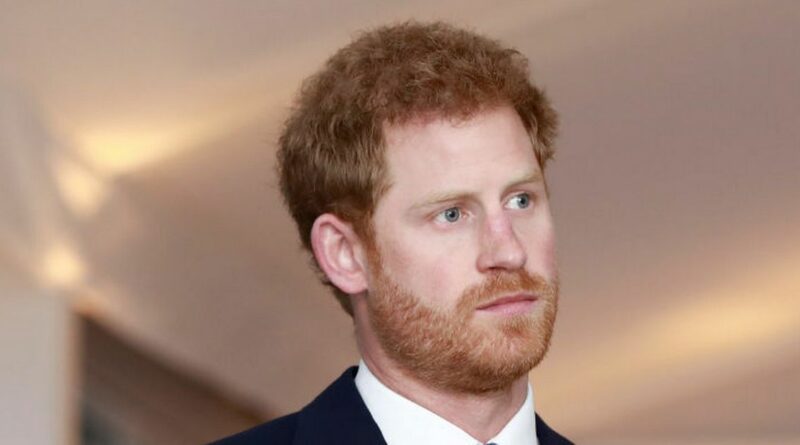 Prince Harry will feel snubbed after being left out of the Queen 's COP26 speech, a royal expert has claimed.

Prince Charles's attendance at the United Nations climate change summit in Glasgow this week, has been followed by a video message from the monarch.

But in her speech expressing pride over the green efforts of her eco-conscious son and grandson Prince William, the Queen failed to mention Harry.

The Duke of Sussex's omission is something which will not go unnoticed over in California, royal expert Angela Levin says.

The royal biographer told OK!: "I imagine he could well feel snubbed.

"He's missed out on this climate change discussion, which he's trying to work for as well."

The Queen told world leaders assembled in Scotland: "It is a source of great pride to me that the leading role my husband played in encouraging people to protect our fragile planet, lives on through the work of our eldest son Charles and his eldest son William.

"I could not be more proud of them."

But despite Prince Harry also regularly speaking out on environmental issues, he did not making an appearance in the Queen's speech.

And royal expert and author Angela Levin, who has written a book about Harry, has said she couldn't see why he would be mentioned, especially as he is no longer a working member of the royal family.

Levin continued: "But you can't have it both ways. You can't be independent but part of it – I don't believe he's grasped that.

"I couldn't see why Harry would be mentioned. He isn't a member of the Royal Family now. He's doing his own thing."

Harry and wife Meghan Markle have announced their own climate change pledge, revealing their Archewell Foundation will be net zero by 2030, the Mirror reports.

A spokesperson for Archewell said: "Carbon emissions are a part of nearly every activity in daily life-the food we eat, the electricity we use, and the internet we are connected to, for example. The totality of these actions comprises our 'carbon footprint'.

"Today's commitment is that Archewell, including Prince Harry and Meghan, the Duke and Duchess of Sussex, will be working with experts to assess the sum total of our emissions, and develop a plan of action to reach net zero.

"Achieving net zero carbon emissions means making a series of choices over time to make our footprint as small as possible, while compensating for any remaining emissions through investments in carbon removal projects like reforestation."