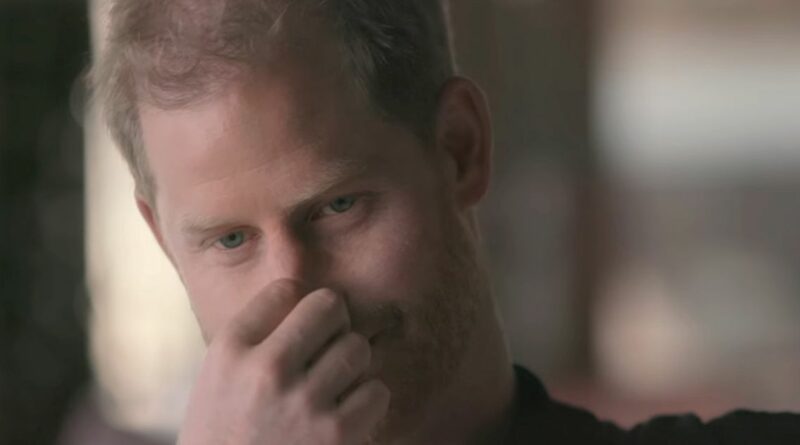 Prince Harry and Meghan Markle’s latest trailer for their explosive Netflix series has been slammed as “misleading and irresponsible” by a royal expert.

The Duke and Duchess of Sussex have released another short clip advertising the final three episodes of their bombshell documentary, set to air on Thursday (December 15).

It shows the controversial royal pair addressing huge controversy within the Royal Family, with Prince Harry making shocking allegations that Buckingham Palace was "never willing to tell the truth" and engaged in “institutional gaslighting”.

But the short trailer has been blasted by royal expert Rebecca English, who wrote on Twitter: “As we all suspected last week, the gloves are off. Harry and Meghan accuse Buckingham Palace of ‘institutional gaslighting’.

“He says ‘they’ (not clear who) were ‘happy to lie to protect my brother but were never willing to tell the truth to protect us’.

“Important to stress multiple references to ‘they’ in the trailer. We can assume who the interviewees mean, but it is potentially misleading and irresponsible.”

Despite only being one minute long, the trailer managed to fit in several royal revelations that could prove even more sensational than the previous clips released last week.

Alongside the allegations of gaslighting, Meghan added: "Our security was being pulled. Everyone in the world knew where we were".

Harry then explained: "I said we need to get out of here."

The trailer jumps to Harry filming a video diary on a plane, telling the camera: "We are on a freedom flight” with his wife saying: "I wasn't being thrown to the wolves. I was being fed to the wolves."

But according to English, the trailer risks being inaccurate and reckless with its unclear claims.

The expert explained that she reckoned the final three episodes of the six-part series would prove even more damaging than before.

A spokesperson for the Duke and Duchess of Sussex have been contacted for comment by the Daily Star.