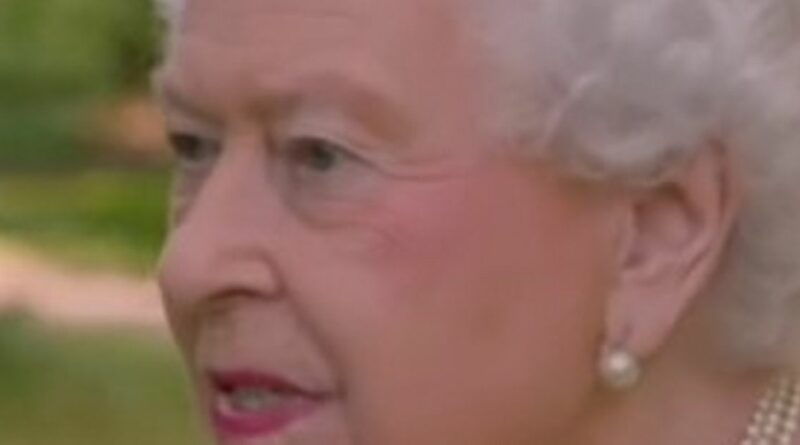 Royal fans are remembering Queen Elizabeth II's "greatest sense of humour" as her 70-year reign came to a sudden end this afternoon (September 8).

The Queen passed away earlier today, Buckingham Palace confirmed in a statement.

Royal fans have since taken to social media sending their thoughts and prayers to the Royal Family and remembering some of the funniest moments from the longest-reigning British monarch.

READ MORE: The 3 people Queen Elizabeth II 'ever truly trusted' as she had to carry on without them

A viral TikTok, which has gained over 1million likes, has captured some of the most hysterical moments from the Queen — from her cutting a cake with a sword to her simply saying the word 'nah.'

The clip entitled "The Queen once said" shows the Queen smiling and joking with Kate Middleton and the now Queen Consort Camilla as she swapped a knife for a sword to cut a cake during the G7 summit in Cornwall last year.

Realising it was going to be a struggle Kate quipped: "I don't think is going to work" and the Queen simply told her, "I know" when she pointed out the knife.

In the clips that followed she was heard saying various phrases that have made the public laugh over the years, whether it was a simple 'nah' or when she publicly called her mother "mummy."

She was even heard telling the former Prime Minister Edward Heath that he was "expendable."

Viewers have flooded the comments praising her 'sense of humour' as they enter a period of mourning for the loss of the Queen.

One user said: "Gosh I love that she had a sense of humour."

Another added: "I wish she was still her."

A third commented: "RIP queen Elizabeth you will be missed."

A fourth wrote: "She had the greatest sense of humour."

Queen Elizabeth II has reigned over the United Kingdom since 1952 and is the country’s longest-serving monarch.

"The King and The Queen Consort will remain at Balmoral this evening and will return to London tomorrow.”

On Thursday lunchtime (September 8), Buckingham Palace confirmed royal doctors were "concerned" about the monarch's health and had placed her "under medical supervision".