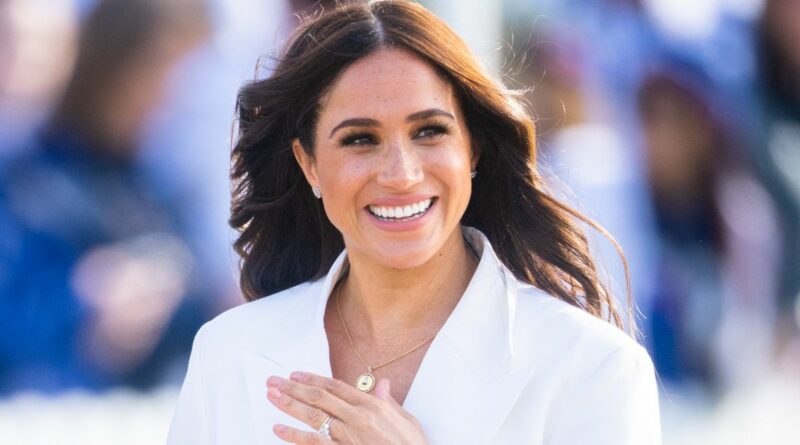 Meghan Markle has been praised by eagle-eyed royal fans after they noticed her "sweet" gesture to a mum with a newborn baby.

The heart-warming moment came as she and Prince Harry are in the Netherlands to attend the Invictus Games.

The clip, initially shared by royal author Omid Scobie on Twitter, shows Meghan walking alongside some people involved in the games. One person with Meghan is a mum, holding a newborn baby wrapped in a long brown coat.

Explaining the context behind the clip, Scobie wrote: "En route to the venue, the couple were escorted by #TeamNetherlands competitors and family – one of whom was proudly carrying a newborn.

"Noticing the sudden drop in temperature, Meghan quickly handed over her coat to the mom to help keep the baby warm."

Royal fans were quick to reply, sharing their thoughts and praising the Duchess of Sussex for her thoughtfulness.

A second said: "I didn't even notice [the] baby until your post! That's very sweet!!"

"I was wondering why the woman next to Meghan was holding the coat so awkwardly," added a third. "I couldn’t see the tiny baby wrapped in the coat. Meghan is such a sweetheart."

While a fourth added: "Oh that’s why that lady is hugging the coat!!! Ok I adore Meghan even more. She’s so freaking sweet."

The videos of Meghan and Harry that came out of the Netherlands yesterday actually marked the first time they had been pictured together outside of the US since Megxit.

The couple were seen with the Ukrainian Invictus team in The Hague ahead of the tournament for military veterans which kicks off today.

Dressed in a navy blue suit, Harry looked earnest as he held a calendar while his wife smiled in the background.

The calendar was actually from NGO Come Back Alive, which is raising funds to assist the Ukrainian army in their war against invading Russian forces.

Come Back Alive confirmed yesterday: "The foundation presented Prince Harry its calendar The Real Scale. Our colleagues gave the calendar to the Duke of Sussex during the Invictus Games meeting in Hague."