Ex-nuke submariner Chris Billings, 36, was forced to quit the Royal Navy last year after the "dangerous and late" challenge shattered his knee during a match on base. 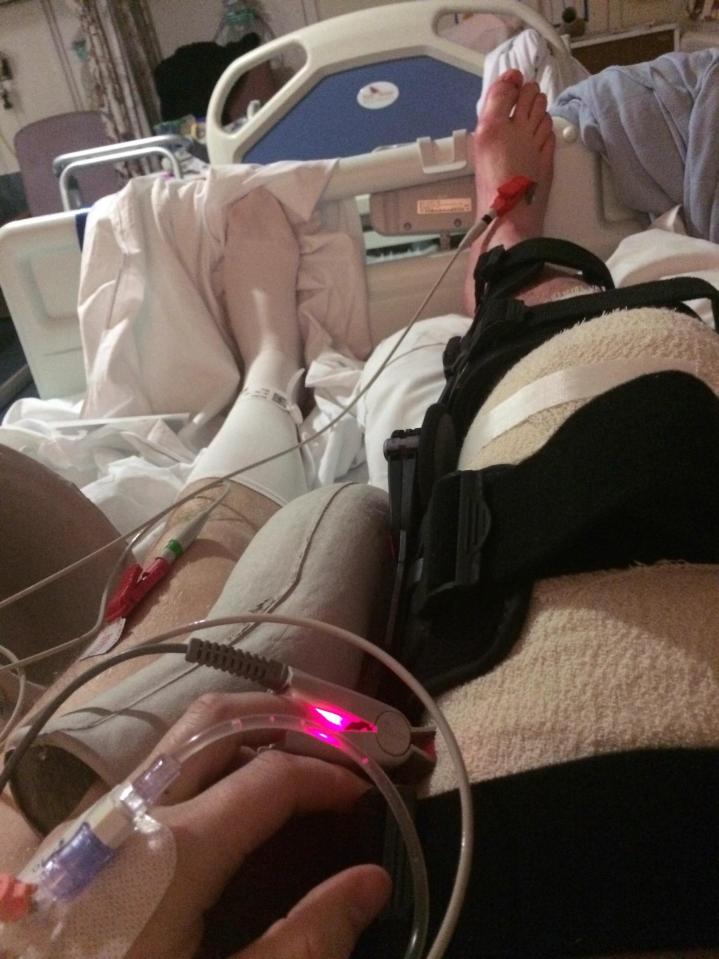 He claims he has since undergone EIGHT ops, leaving one leg shorter than the other, causing depression and putting his marriage at risk because his sex life is now "non-existent".

Now he is suing defence chiefs for a staggering £750,000 – but legal and court bills are likely to take the total public cost well into seven figures if the case goes the distance.

Last night dad-of-three Chris told The Sun: “There’s a lot of good people in the forces and I don’t really want them to be hammered.

“I just want somebody to put their hand up and say we got this wrong. 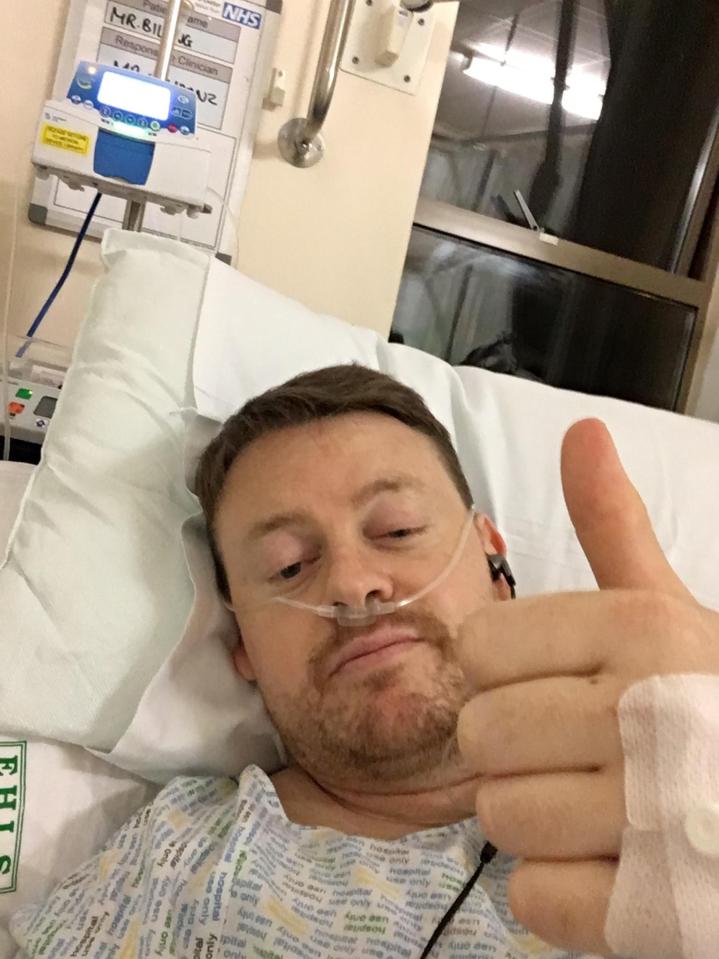 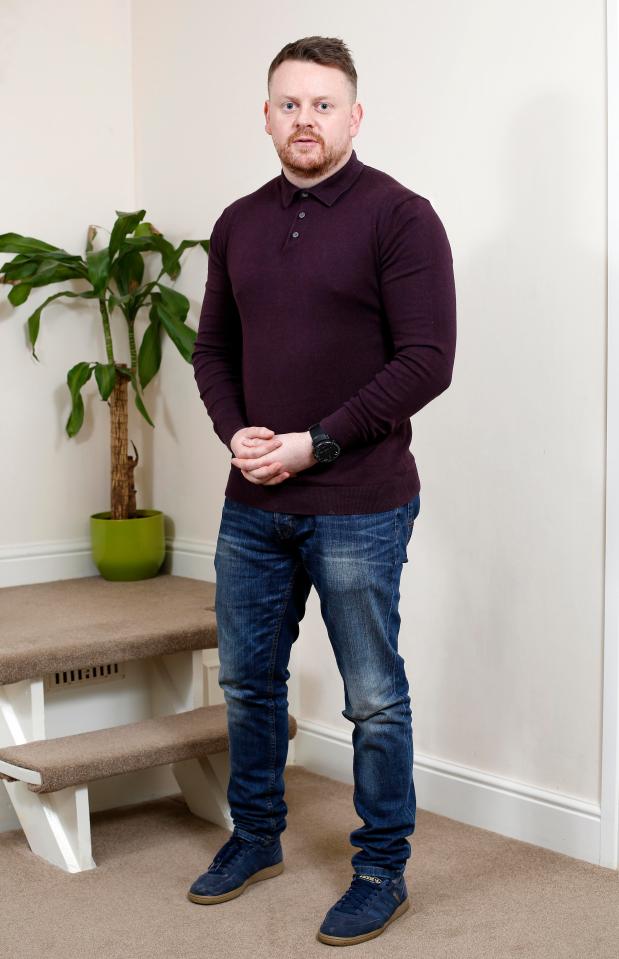 "Our marriage has nearly broken down, we don’t have a relationship as a man and wife should anymore."

Chris, from Grimsby, North Lincs, had served in the Navy for ten years before being medically discharged last year.

He had risen through the ranks as a submariner, working on nuclear sub HMS Torbay, and had high hopes of promotion.

But in March 2015, the talented footballer was playing left-back in a friendly between the side he also managed, Western Regional Command, and the Royal Navy under-21s, at the Navy's Devonport HQ in Plymouth. 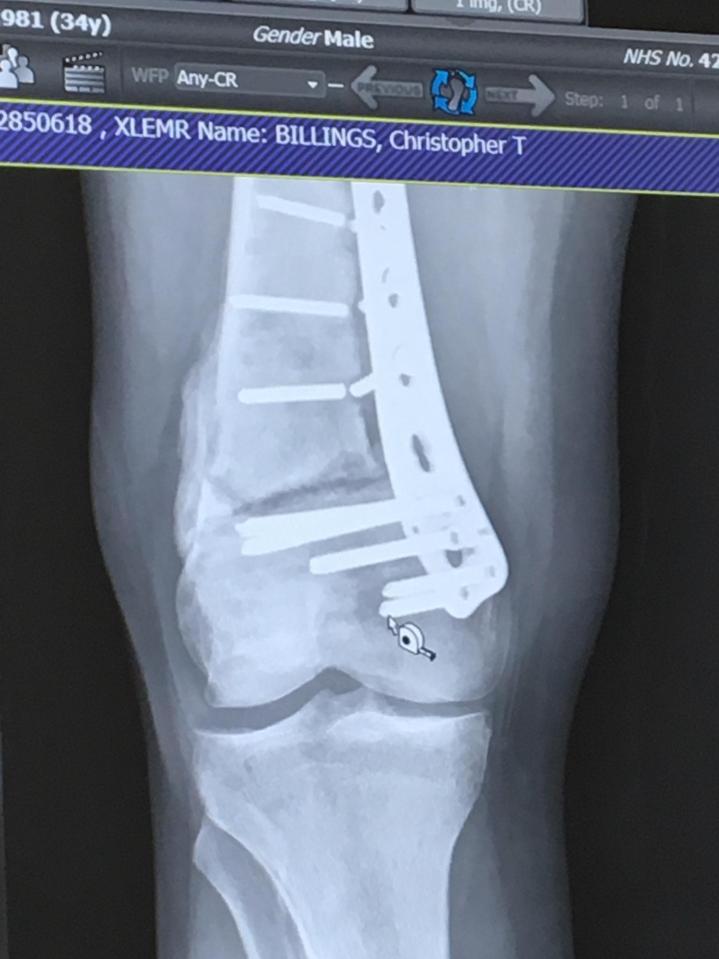 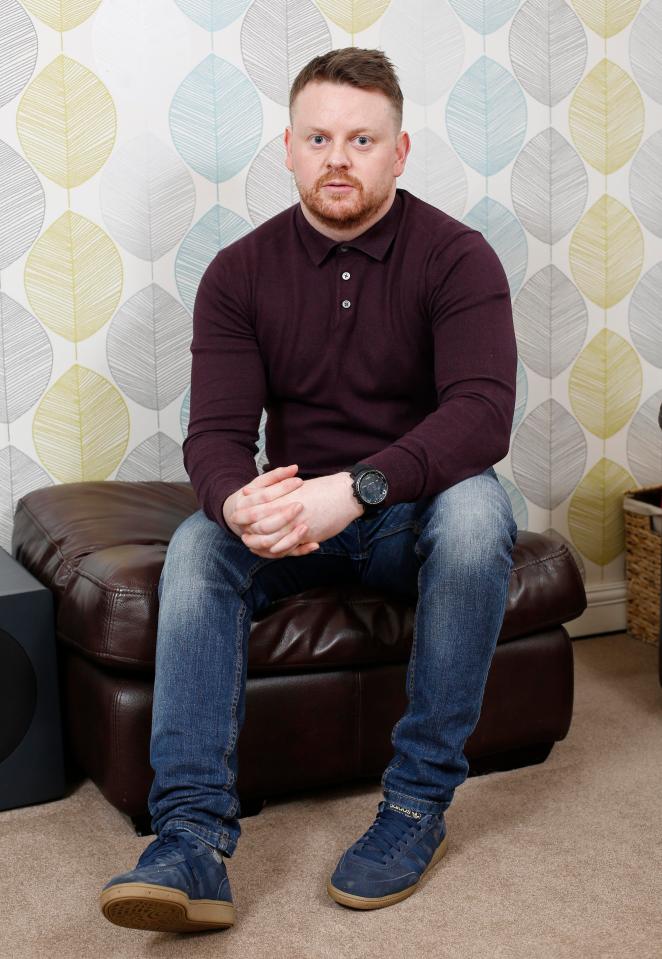 As he ran on to a loose ball in the 25th minute, he was floored by a crunching tackle by Able Seaman Daniel Hindmarch, 24.

Chris claims the challenge was so bad his right knee buckled and "twisted inwards" and there was "a loud pop and a cracking noise".

Incredibly, Navy medics ruled him fit enough to fly out the next day to Gibraltar – telling him he "just needed to rest".

He underwent an horrific flight, with his knee swelling up and feeling sick, before top brass took one look at him and sent him straight back home for treatment.

Scans later showed Chris had suffered a "very significant" meniscal tear to his right knee and his anterior cruciate ligament was also torn. 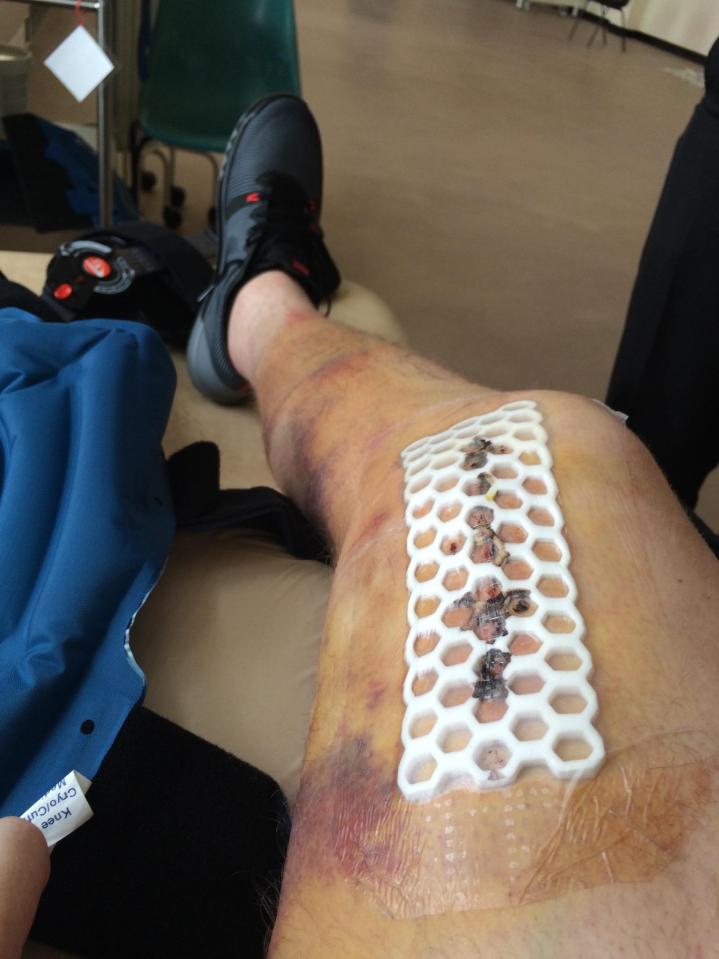 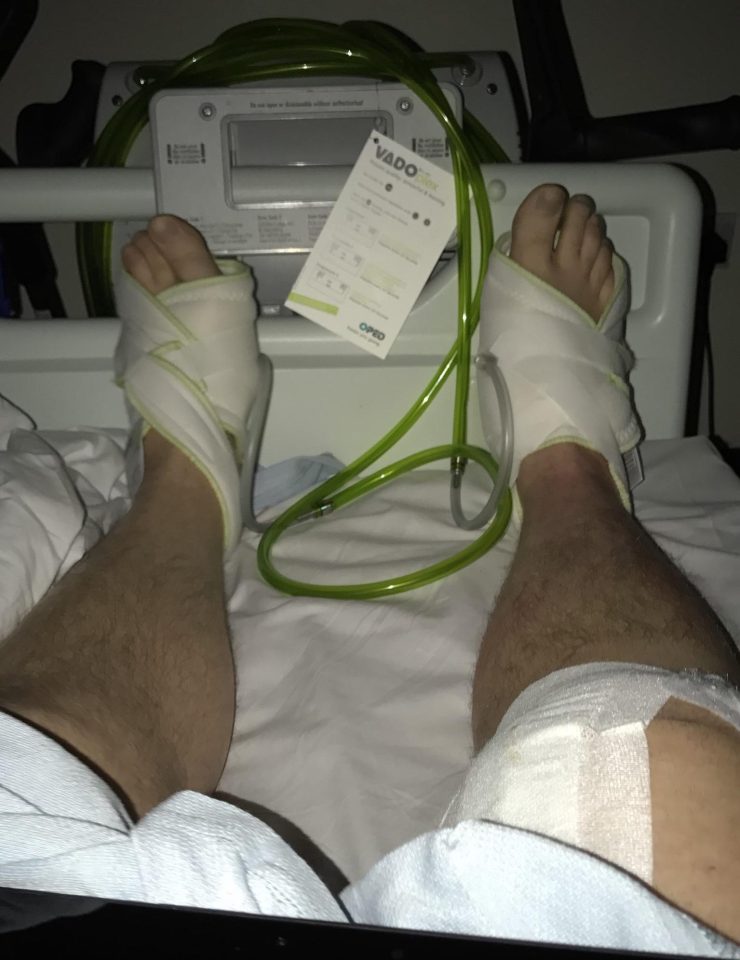 He had also suffered ligament damage to his right ankle.

Lawyers for Chris claim he then underwent botched operations while still under Ministry of Defence care.

After one appointment he was allegedly left "in a cabin" where he was virtually forgotten – with no hot food or even access to ice to ease the pain.

One surgeon allegedly did such a bad job that they left his femur looking "like a banana" after shaving off too much bone to try to put it right.

His right leg was left shorter than his left and he says he now has to sleep downstairs because of the constant pain. 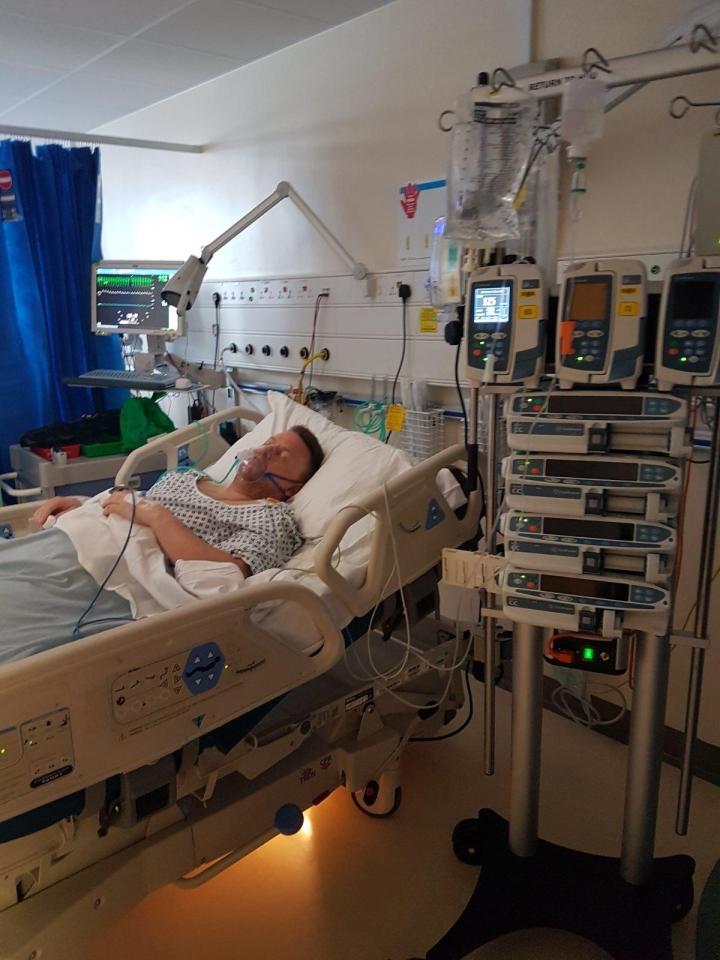 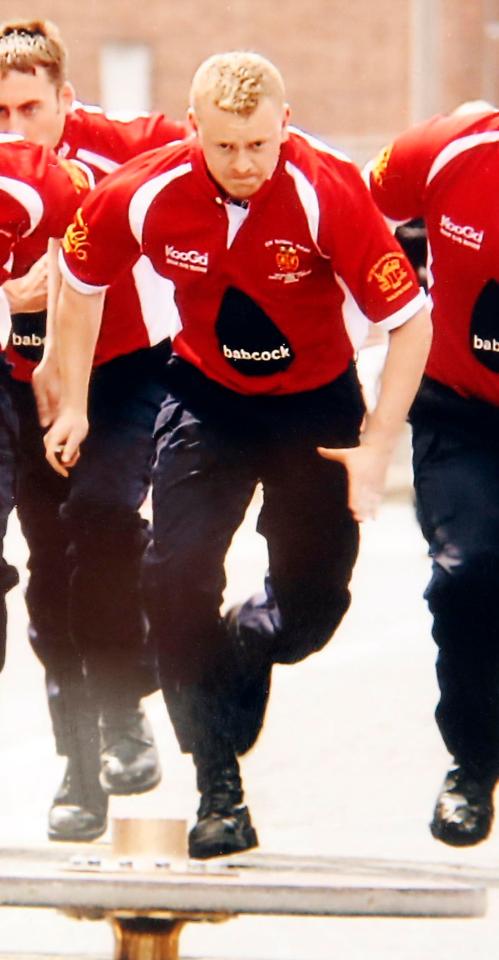 Eventually Chris was warned by a private surgeon he may never even walk again properly unless he got urgent treatment.

Hindmarch, an engineer who services Navy helicopters including Merlins, has played for Cornish amateur side Porthleven while serving.

One recent match report noted: "Hindmarch was then booked for a badly-timed lunge on Jack Walker and for the second time in a week, he was substituted at half time, presumably to avoid a red card to which he is too often accustomed."

Chris, who says he was asked to sign a non-disclosure agreement to settle his claim by the MoD, has since been left battling depression. 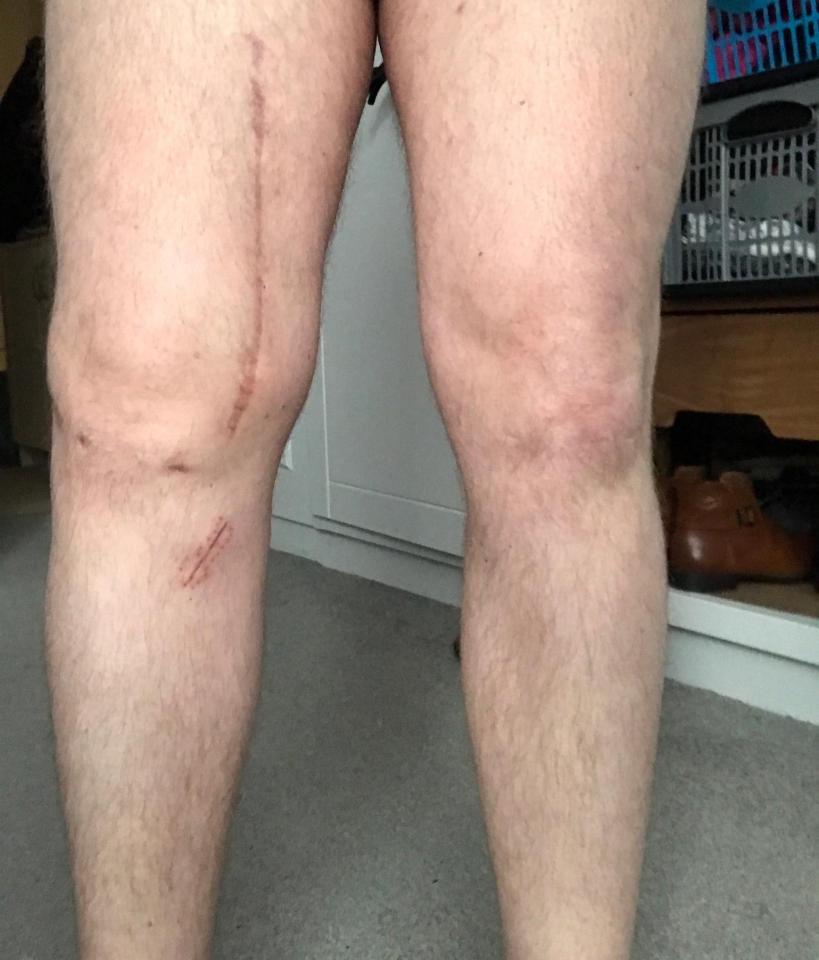 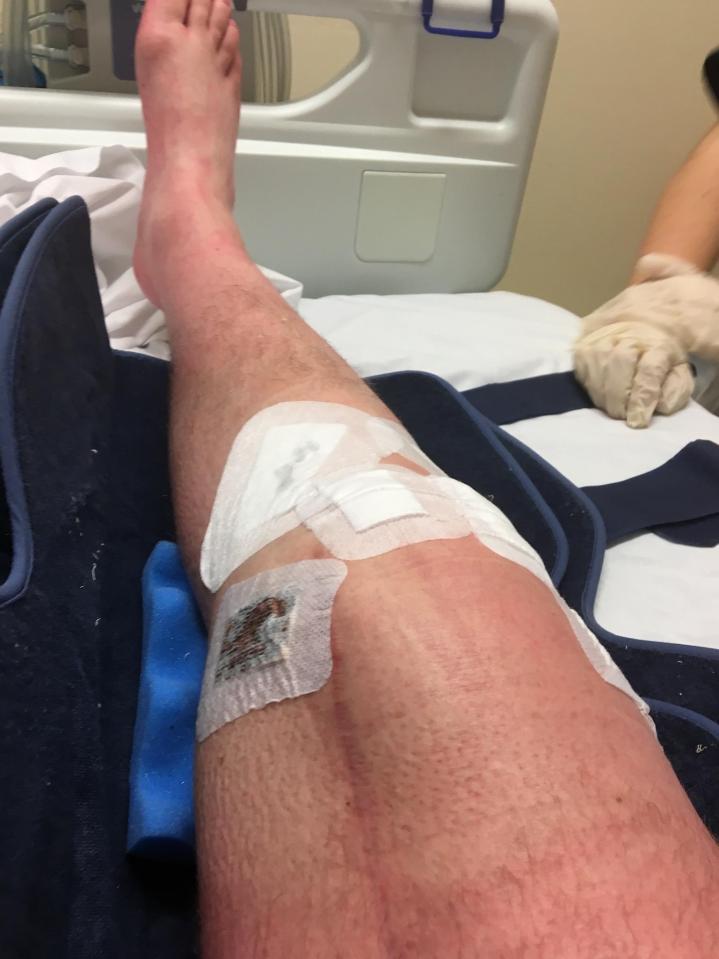 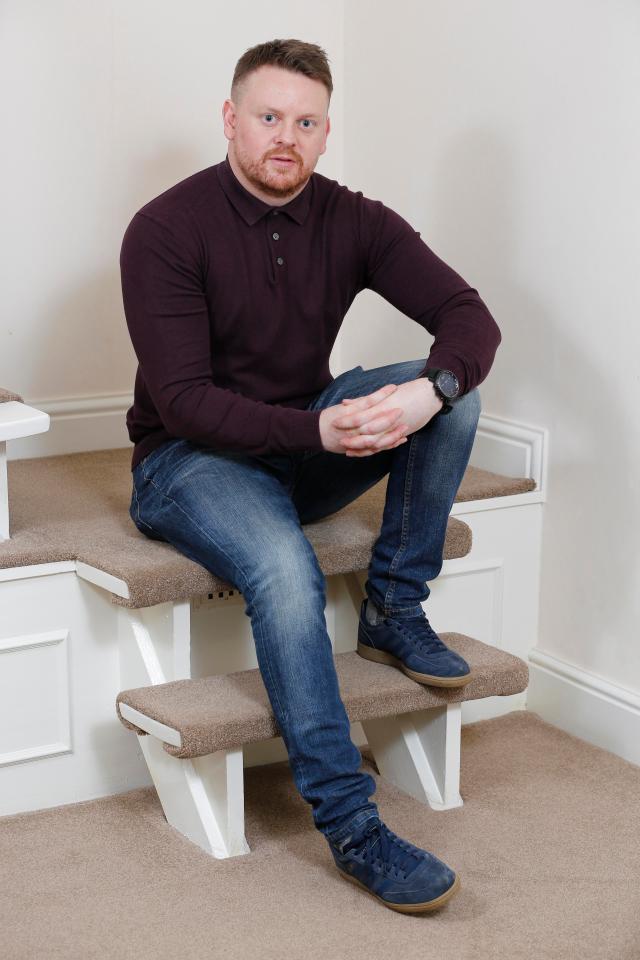 He added: "Now I just look back and I think I gave 10 years of my life and what have I got to show for it – scars, plates, I can’t really walk that far.

“I want my life back. I want to put it behind me. No money will cover what I’ve been through.

“How can you put a price on the things you used to love and enjoy, even playing with your kids properly.

“I’ve now had to re-qualify and I’m sat in an office doing permits for health and safety."

MoD lawyers deny Hindmarch's tackle on Billings was "dangerous or deliberately, recklessly or negligently undertaken or intended to take out the Claimant."

They added in their defence to the claim: "It is further denied that the tackle was illegal or contrary to the laws of Association Football or amounted to serious foul play."

They also claim Hindmarch "conducted himself within the letter and spirit of the rules of the game".

And they added: "This was confirmed by the referee who did not take any disciplinary action against AB Hindmarch, e.g. by issuing a red or yellow card."

But in Chris' witness statement, he revealed: "The official who came over immediately after the incident, Ross Wilcox, said that he would have sent the player off, but he had left his cards in his car."

Last night an MoD spokeswoman said: “As legal proceedings are ongoing it would be inappropriate to comment further.”