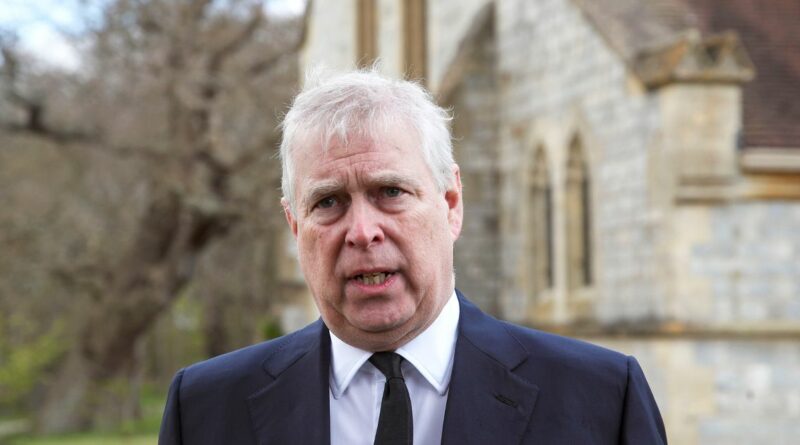 Royals fans have been fuming at the idea that Prince Andrew could take over if the Queen were to be incapacitated while both Prince Charles and Prince William are abroad.

The Duke of York is still one of the four Counsellors of State, alongside his brother Charles and his nephews William and Harry.

In the event that the Queen cannot undertake her official duties as Sovereign on a temporary basis due to illness or absence abroad, the role means that the Sovereign's spouse and the next four people in the line of succession who are over the age of 21 can step in.

While there are rumours that both Princes Andrew and Harry will be removed from their roles, as of now they are both still Counsellors of State.

Twitter users are fuming with the idea that if something happened to Her Majesty later this month when Charles is in Ireland and William in the Caribbean, that means that Andrew will be in charge.

The Prince of Wales is set to visit Ireland from March 23 to 25, alongside his wife Camilla, as part of the celebrations to mark the Queen's Platinum Jubilee.

At the same time the Duke of Cambridge will visit Belize, Jamaica and the Bahamas on a week-long tour alongside his wife Kate, from March 19 to 26.

One Twitter user wrote: "If HM The Queen should become incapacitated while her Counsellors of State Charles visits Ireland, William tours Caribbean & Harry lives it large in L.A then Prince Andrew will be in charge. ( Princess Anne isn’t one cos she’s a girl)."

A second commented: "Oh God! Has he not been stripped of all royal duties? Hopefully someone will act," while a third added: "Oh please God no!!!!"

Referring to Princess Anne not being one of the Counsellors of State, a Twitter user said: "She certainly is a true royal force I think she is the best of them. I would say she is the strongest of them in every regard."

The two parties reached a settlement.

Andrew denies Ms Giuffre's claim and the settlement is not an admission of guilt.