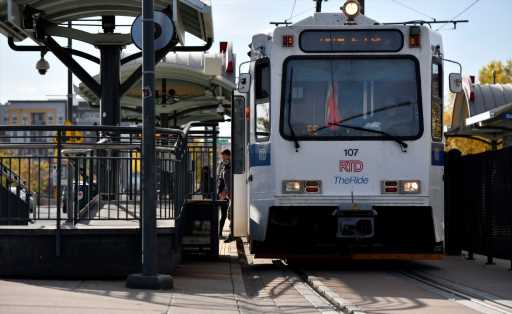 Metro Denver’s pandemic-rattled transit agency gave the latest signal Tuesday that it will take a cautious approach to rebuilding ridership in coming years, resisting outside pressure to go big in ways that would carry high costs.

The Regional Transportation District’s elected board approved a formal response to a review by an outside “accountability committee” that resists recommendations for quick changes to its fares and pass programs to entice riders back. RTD recently launched an 18-month comprehensive study of its fare structure and says that work will result in more considered changes down the line.

RTD also has not enacted the kind of bold service expansions recently called for by some environmentalists and transit advocates. In large part, such a move would be hard to pull off, since the agency is beset by continuing operator shortages.

Instead, RTD has slowly restored routes and services that it had scaled back or cut at the height of the pandemic, when ridership and revenues both plunged.

As of Sept. 5, when its latest service changes take effect, RTD will be back up to 70% of pre-pandemic levels of service. Ridership has returned gradually this year, recently rising above 50% of pre-pandemic numbers, according to a national tracker.

Still, some outsiders say too much is at stake for metro Denver, which has seen a record streak of high-ozone days, for RTD to play it safe.

Danny Katz, executive director of the Colorado Public Interest Research Group, stood last week at a spot near Speer Boulevard in northwest Denver overlooking a hazy downtown skyline and Interstate 25. Flanked by fellow activists, he called on RTD, along with state and local governments, to work together to reduce the air pollution causing that haze before another summer of ozone alerts.

He called transit service “probably the most consequential” factor.

“This is an urgent enough moment that we … can’t hold back right now,” Katz said. “We need to see some increases in transit ridership.”

He said RTD should tap into its large reserve of federal relief money it’s received to boost service now — providing more frequent buses and trains on more routes to draw more riders who now drive gas-guzzlers. And cities such as Denver and its suburbs can work faster to convert pavement along key corridors to bus-only lanes, speeding up trips, Katz said.

RTD has said it expects to receive up to $773 million from federal pandemic packages. It has used that money to shore up its pandemic-strained budget now while setting aside hundreds of millions to fill gaps in future budgets that its fiscal forecasters say will take several years to recover.

RTD also faces the uncertainty of a pandemic that’s not yet over, with a federal mask mandate still in place for public transportation and rising COVID-19 cases in Colorado.

Spokeswoman Pauletta Tonilas said the agency is guarding against making any “reactionary” moves, using rising ridership as a guide for restoring service and avoiding an overcommitment of federal aid dollars.

RTD’s board on Tuesday night signed off on the agency’s official response to a set of dozens of recommendations issued last month by the RTD Accountability Committee.

That panel, convened last year by Gov. Jared Polis, state lawmakers and RTD, was charged with evaluating the cash-stretched agency’s operations, finances and other areas ripe for reform.

Most recommendations found easy agreement from RTD leaders. They pointed to recent changes or initiatives they’ve undertaken, including attempts to improve the hiring and recruitment processes for operators and other employees.

One recommendation that could affect riders is the creation of geographic service councils that would advise RTD on local service needs. RTD agreed to create a workgroup to study the suggestion, adding that it jibes with the agency’s practice this year of holding listening sessions more widely.

Another recommendation concerns the unfunded $1.5 billion, 35-mile extension of its B-Line commuter rail to Boulder, which voters approved as part of the 2004 FasTracks plan.

An analysis in the Accountability Committee’s report calls into question the controversial northwest line’s viability; it suggests that RTD simply expand bus service in the corridor sooner. But the committee urged RTD to perform a new comprehensive analysis of the rail line, its costs and potential ridership.

RTD says the board’s separate approval Tuesday of a limited study — on a 12-3 vote — fulfills that recommendation. The $8 million study, which RTD has discussed for months as Polis and others have pressured it to finish northwest rail, will examine what it would take to implement limited service along the corridor at peak travel times. It will wrap up by late 2023.

As for the outside committee’s recommendation to make immediate cuts to its fares for a six-month pilot period, RTD responded that it would stick to its long-term fare study and fare equity analysis. That won’t be done until late next year.

But the agency’s response does leave the door open for “potential temporary/promotional fare reductions to incentivize ridership across the system.” RTD says that might include an occasional free-fare “Spare the Air” day to help improve air quality.

RTD Director Julien Bouquet, who represents far-southeast suburban areas, was among a handful of board members who voiced support for the fare-reduction recommendation.

“If we are in a reduced ridership situation,” Bouquet said, “then having reduced fares or having fares that are competitive with other modes of transportation — that’s a great way to bring back your riders.”