RUDY Giuliani appeared to sweat off his hair as he claims lawyers unearthed a "centralized" Democratic voter fraud scheme.

Trump's lawyer appeared to be perspiring profusely as he claimed the GOP "discovered a plan from a centralized place focused on big cities controlled by Democrats" to "commit voter fraud." 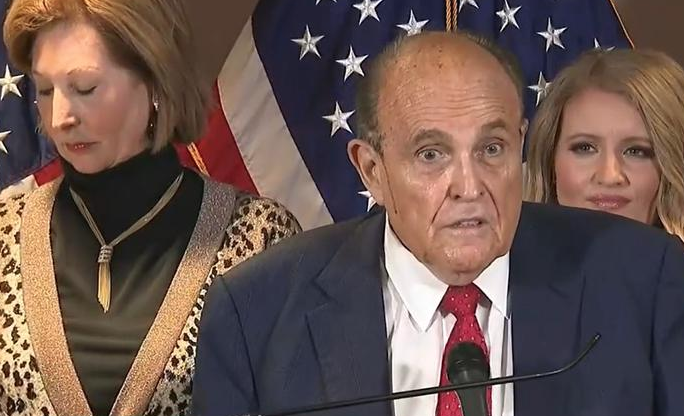 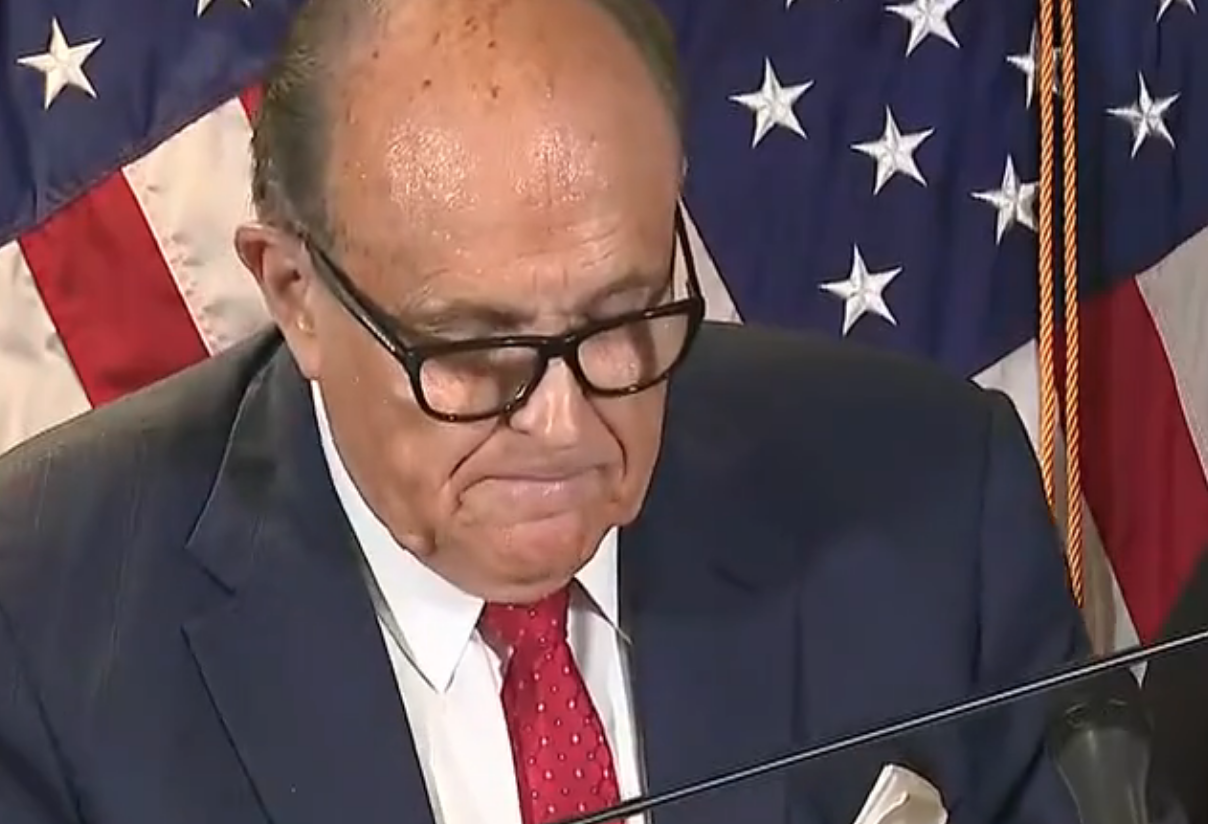 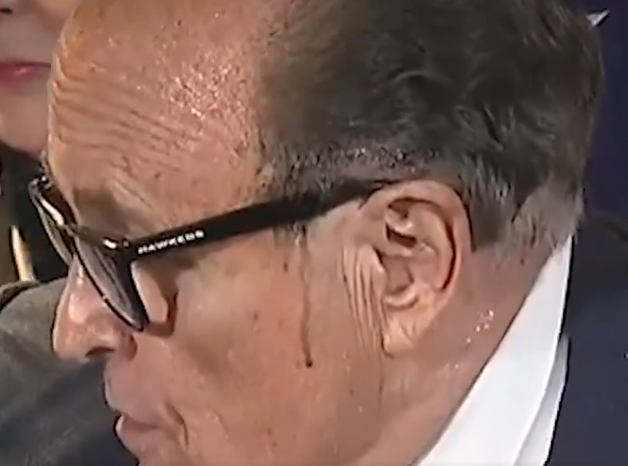 Trump's personal lawyer addressed reporters today and announced new election lawsuits, claiming it was "not a singular voter fraud in one state."

"[It's] a pattern that repeat itself in a number of states," Giuliani claimed before sweat began to pour down his face at about 12.45pm ET, which was just over 30 minutes into the briefing.

"[There was] a plan from a centralized place to execute these various act of voter fraud," he said, claiming it "specifically focussed on big cities controlled by Democrats."

Giuliani, who was flanked by attorneys Jenna Ellis and Sidney Powell, claimed cities like Detroit and Philadelphia were "big cities that have a long history of corruption."

The sweaty attorney declared that voter fraud in the Pennsylvania "could fill a library."